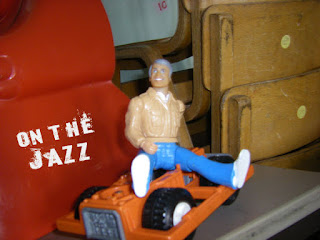 Whilst packing up after the church Kids Fashion Show last weekend I made this interesting little discovery amongst the playschool toy-pile. None other than a loose and good condition Hannibal Smith action figure from Galoob’s A-Team toy-line of 1983.

Amazingly enough these sell for around £15 loose on eBay or around £60 still on the card. It is highly unlikely that the 00’s generation of kids are even aware of such a diamond in the rough of duplo bricks, brio traintracks and Fisher Price cars. It is amazing what some older people too discard as just simple toy junk. Of course The A-Team will be more culturally aware to the public in 2009 with the release of the reboot movie. 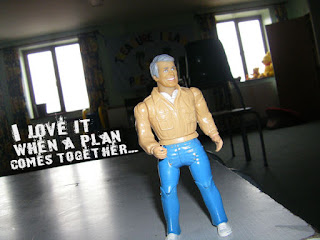 I remember first owning the Hannibal figure nearly 25 years ago along with the other A-Team members. Not a bad toyline either even though the guns were bendy and weedy but the backpacks were decent (I think they had walkie talkies too). I had the command center playset too, but for what its worth it was made badly and broke easily, heck I may as well made one from a cardboard box. Murdoch’s gyrocopter was one best vehicle toys ever, with its push button activated rotor-blades. I never owned BA’s Van or Face’s vette sadly.

I am in negotiations with the Playschool leaders of either a trade or just offering a good home with my BA Baracus and other 80’s memorabilia. I took the time out to take some shots of the lonely Hannibal on location at Treasure Island Pre-School (located at the top floor of the church).

It would be amusing to imagine and think of what the A Team would come up with (through typical show cliché) if they were locked in a Playschool building and had an hour to build a custom assault vehicle of sorts. The potential is there. 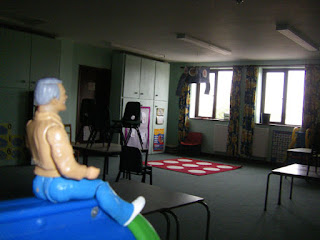 Email ThisBlogThis!Share to TwitterShare to FacebookShare to Pinterest
Labels::: 80's, Finds, Galoob, Hannibal Smith, On The Jazz, The A Team 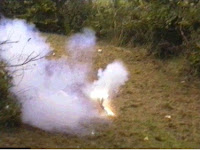 I came across this old archive of shots from a Transmasters UK fan-meet I ran back in 1998. It was a tradition that Transfans would take a Power Rangers toy to a meet and that toy would be the sacrifical lamb at the gathering. This old mid-90's action figure of the Red Zeo Ranger went through a series of horrific torture methods. See the link for the whole show "FATE OF THE POWER RANGER"
Posted by: Hero_UK Posted: 23:22 No comments: 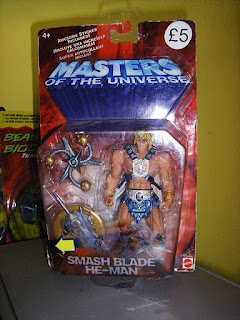 For the last 3-4 months I’ve been seeing this stray figure, battered packaging and all on the toy section shelves in Poundstretcher. I’ve passed up buying this toy every time I visit. It is none-other than the less popular Smash Blade He-Man variant from the short-lived 2002 revival toyline.

So like a stray off the streets I picked this figure up and took it in. Despite the £5 sticker on the card I paid £2.99 instead. Bargain!

I already own the original 2002 He-Man (although I am not sure where I have him currently stored) and this Smash Blade toy is pretty much a repaint with a spinning shuriken/cat & ninetails replacing the Battle Axe. I actually think it’s pretty cool, in fact I prefer to call this figure Player 2 He-Man because of the blue colouring.

I am aware Smash Blade/Player 2 He-Man wasn’t popular amongst the active MOTU fanbase but somebody had to rescue this drifting homeless figure. Best part of 3 quid well spent! 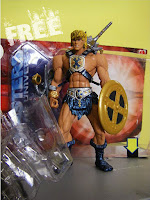 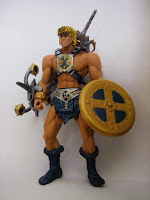 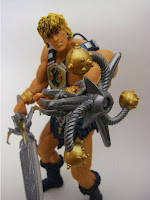 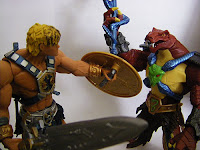 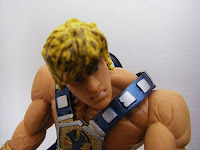 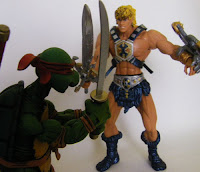 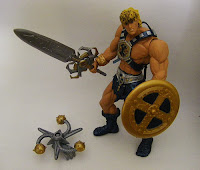 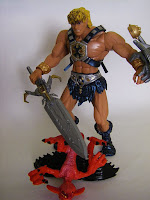 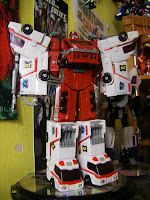 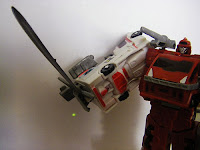 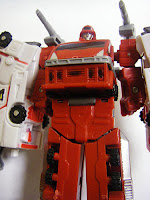 Here are a few unboxed images of the Machine Robo Rescue knockoff I blogged about a while back. The toy itself holds together very well for a KO and is well worth the £2 Woolworths are asking for it. I may get others at some point.
Posted by: Hero_UK Posted: 18:08 No comments:

Email ThisBlogThis!Share to TwitterShare to FacebookShare to Pinterest
Labels::: Bootleg, Knock Off 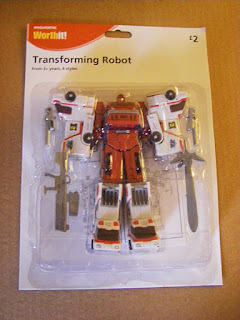 I spotted this on my travels Monday just gone during my Uni Lunch Break. A decent looking set of Machine Robo Rescue knockoffs were floating around for £2 (they had the drill and jet team gestaults too).

I hope this toy holds together... We all know what knockoffs tend to be like. :)

I liked the look of this guy best, so I had to pick him up (I am guessing he's known in Japan as Ambulance Robo?). Any of our non-UK readers want to get ahold of one? Hit me up and I'll sort you out.
Posted by: Hero_UK Posted: 09:19 No comments: