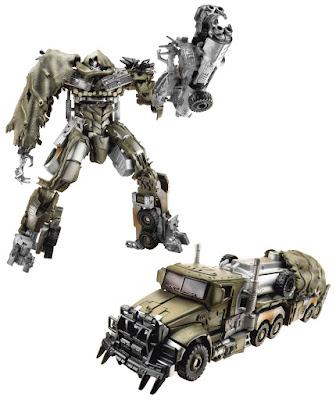 I've had my sights set on this Megatron for a while since a few early pictures of this figure leaked out on Facebook. After the grey Grinch from the first movie and the flying tank from the second this new military truck incarnation could be the best yet of Movie Megatron. 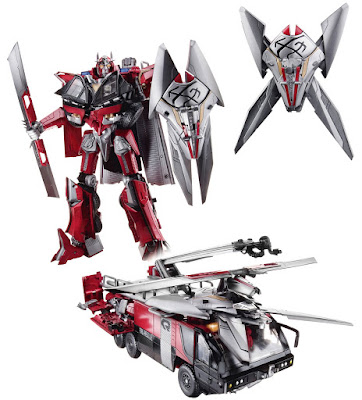 That confirms it. The offline robot seen in the early Dark of the Moon trailer was indeed Sentinel Prime. The Autobots look to have some hard hitting cavalry for the third movie. A facelift would make this design complete.
Posted by: Hero_UK Posted: 23:02

Email ThisBlogThis!Share to TwitterShare to FacebookShare to Pinterest
Labels::: Transformers. Dark of the Moon