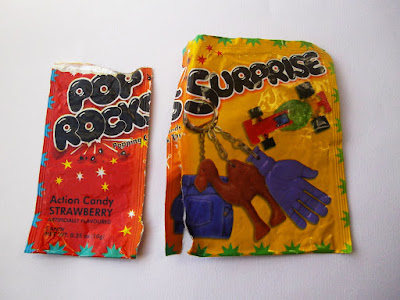 6 years ago I went away to the island of Gozo for a week. Gozo is a very hot island offshoot from Malta that has lots of lizards, stray dogs and statues of Mary.

One of the best things about going abroad is exploring the shops for whatever tat may be around.

A souvenir I recently uncovered was a small but amusing item of obscurity. In fact this item was a product range. Sold in packets of double attached sachets was the Pop Rocks Surprise!

Pop Rocks Surprise, the “Action Candy” was plain and simple. One sachet was filled with Pop Rocks and the other had a small surprise toy or trinket. 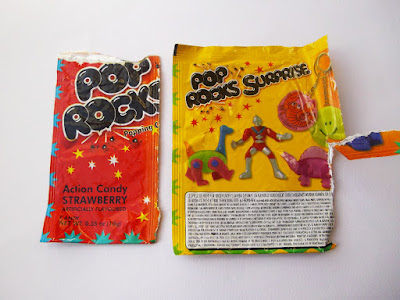 I bought a few of these and received an Alien Keychain, Some Tattoos with ‘Sexy’, ‘Heartbreaker’ and an eyeball amongst the designs and most notably of all a keychain of a ladies bottom in jeans.

Judging by the packet illustration, the ‘bum’ keyring had another design variant. Also amongst the advertised surprise toys appeared to be an Ultraman bootleg and a robotic Brontosaurus looking like a fruity pebble version of Dinobots Sludge.

It is strange to see a children’s candy toy item range presented this way. It goes to show what Newsagents on opposite sides of the globe can cheekily get away with. No pun intended . 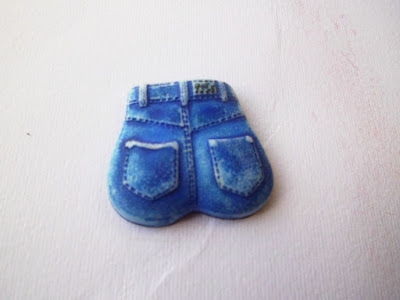 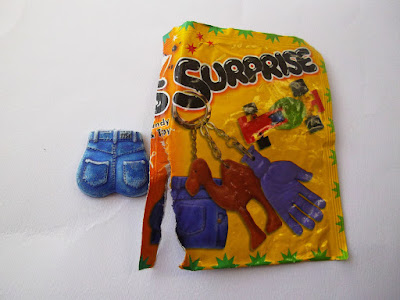 Email ThisBlogThis!Share to TwitterShare to FacebookShare to Pinterest
Labels::: tat