Dark of the Moon, MechTech 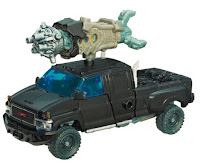 Here’s a blogged a shout-out to the Mech-Tech weapon gimmick (and concept from the new movie) introduced to Transformers fans by the Dark of the Moon range.

Most Transformer toys are usually equipped with a static accessory, so this time round with MechTech - the included weapon can also transform!

A firearm can now alternatively become a claw, a saw, a sword and other arsenal at the press of a switch.

For the kids out there who like to clash and bash their bots on the carpet, MechTech has introduced newer dimensions of play. The weapons can be used for close range ‘rock em, sock em’ combat or attached to alt-form for vehicular versus action.

MechTech takes the artillery beyond just guns and rifles and gives them an individual edge. It is kind of like an extra topping on a cheese & tomato pizza!

Be sure to check out in stores what Ironhide, Bumblebee, Starscream and whole cast of toy-form movie characters are now packing. The battle just got better! 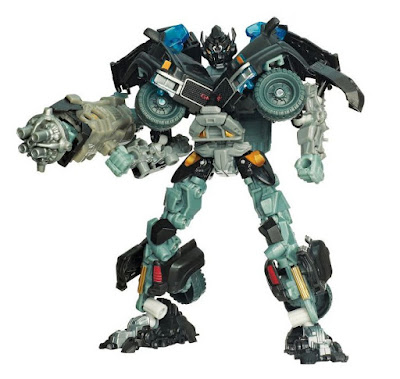