I recently stumbled upon this marvelous photo documentation of the classic Box Monster booby trap. 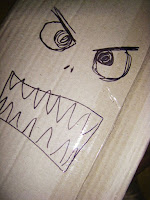 The Monster is simply constructed from using a coat hanger, a shirt, a box for the head to draw a face on, mounted hooks and plenty of string. The photos show how the trap works and gives an idea what the poor victim is in store for,

The original trap I made in the late 80’s was set up inside a Wardrobe, using the same mechanism and the clothes rail inside instead of hooks.

Not for the feint of heart, but do try and copy this and give it a go if you know of somebody to prank. Hahaha. 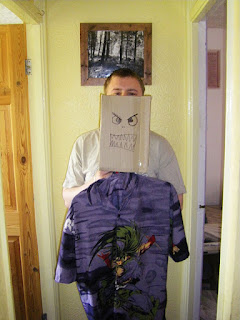 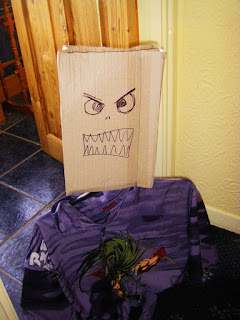 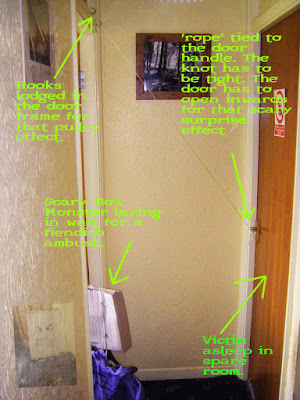 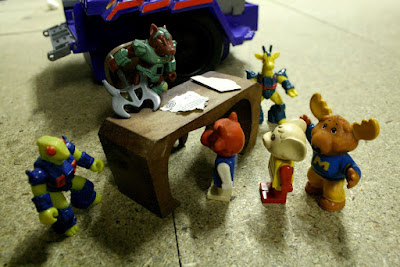 Hooray!!! Battle Beasts are making a comeback...
Leave a Comment and Insert your Caption.
Posted by: Hero_UK Posted: 17:52 3 comments:

Repainted from an old King Kong (2005) figure. This Donkey Kong is set to be part of a trophy for a possible/maybe games and challenge evening. 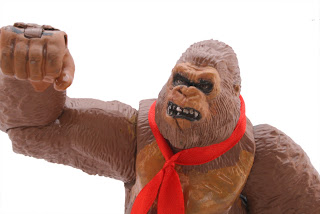 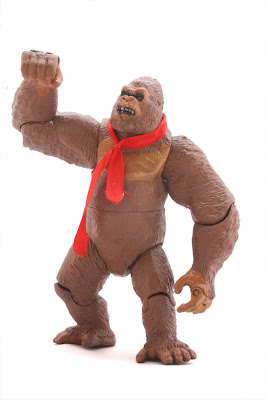 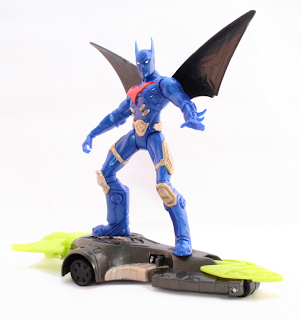 From: Hasbro
Price: Varies
Accessories: A ‘not hover’ board and attachable wings.

Batman toys have been unleashed in many fruity flavours, exotic colours and obscure variants of the caped crusader. And, there’s the extra cheese too… So much for stealth whilst crimefighting at night!

The Batman Beyond (branded Batman of the Future in Europe) TV series surfaced around the late 90’s into 2000-01 and launched many toys in support. The great thing about the Batman Beyond concept is the whole futurology of Batman taken to a new level. New gadgets, new costumes - and new hi-tech vehicles! 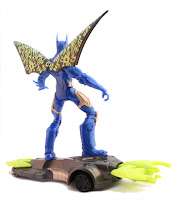 Freestyle Skate Batman involves ‘Terry’ taking to the streets in style with what can be best described as a skateboard homage to the Batmobile.

The skateboard has two spring loaded functions situated at both the front and back. The back is a launcher to fire the skateboard forward and the front launcher fires a missile.

The actual Batman figure that rides the skateboard is the weaker part of the set. Whilst Batman looks like Batman even in a shade of royal blue, he is very limitedly articulate and stuck in the same stance.

The color scheme for this toy is not really ideal. A correct palette for the Batman and his batmobile skateboard would have made a bigger improvement all round. A green and grey downscaled ‘batmobile’ just does not seem right.

The skateboard itself is stable and holds the Batman figure well when fitted on. Batman, even without a crash helmet is guaranteed a stable ride when launched across the kitchen table of doom. Very much a plus!

Overall, this is an ok set. Like a pair of scissors, the skateboard and figure are somewhat hopeless without each other. It is best not to lose either item in transit whilst fighting against Blight and the Jokerz. A good package if you can find one on eBay, but only at a fair price.
Posted by: Hero_UK Posted: 16:03 No comments:

We have updated and condensed the address to Figured Out. You can now reach us via figuredout.org.

The old figuredouthq.blogspot.com address still holds up, if you don’t mind the extra typing!

We also aim to update the look sometime in the future to try and create a more website feel.

Read on, enjoy and continue to support all that is toys and tat!
Posted by: Hero_UK Posted: 20:46 No comments:

Twilight Sparkle is somewhat trapped in Limbo?
Leave a Comment and Insert your Caption. 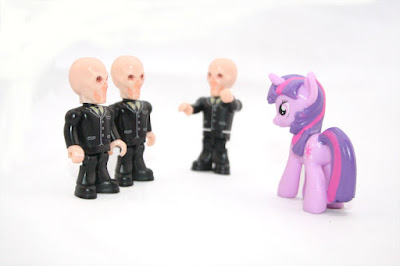