In the year 2001, Toy Biz launched its Spider-Man Classics line, which lasted for two waves. These figures would pave the way for Toy Biz's Marvel Legends line in terms of attention to detail and articulation. I bought this figure from a toy and comic convention I went to this past weekend. In a way, I still have a soft spot for Toy Biz's Marvel figures, particulary the Spider-Man Classics, so I thought I'd pick it up. That and I've gotten into Daredevil a few months ago and didn't have a figure of him already.

For those who are not familiar with Daredevil, basically the story goes that a young Matt Murdock was rendered blind after coming into contact with a radioactive substance spill while trying to save a blind man from being hit by an oncoming tuck. He ended up gaining heightened senses as a result. His father, a boxer named Jack Murdock, supports his dreams to become an attorney. Later on, however, Jack is killed by a group of gangsters after refusing to throw a fight. With his own brand of blind fury, Matt takes on his father's killers to avenge his death. Attorney by day and vigilante by night, the Man Without Fear makes sure the streets of Hell's Kitchen are safe for even the most simple of citizens. Anyway, onto the review...


Daredevil's sculpt, for the most part, is quite decent. From what I gather, it's based off of Joe Quesada's representation of Daredevil. As I've said in my Spider-Man 2099 review, I like how the muscle folds on the back aren't just drawn on, which applies here. He may look a little skinny to some, but I don't mind that since it's only a minor issue. There's not a lot of detail on the figure, but I do like the stretch lines on the mask as well as around the mouth.  That shows to me that his mask is being pressed against by the figure's frown. The billy club holster is a nice addition as well. My only complaint is that in the lower leg area, there are some blemishes that look as if the plastic had been grinded down resulting in some flat yet circular spots. There are also similar spots on the figure's forearms and left half of the neck, which kind of show up in the side view pictures. 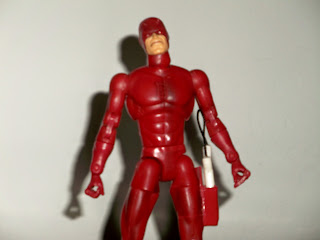 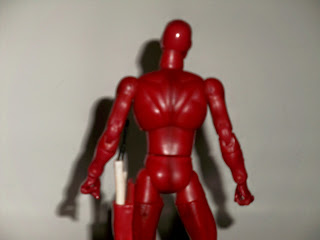 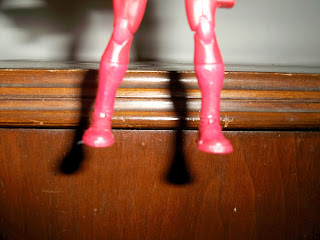 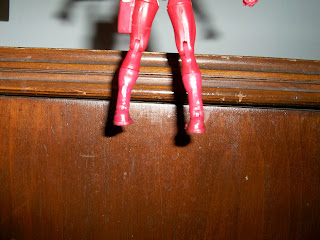 Being mostly red, the figure's paint job looks pretty good. Since Toy Biz was limited with what it could it do at the time, I like the fact that the belt and the billy club holster strap are painted on with a different shade of red. I think if the belt and strap were part of the sculpt, they would've looked too bulky, so in my mind, Toy Biz made the right decision. The only minor issue is that near his nose, some of the red paint from mask seems to have gone over onto his face a bit, but it's hard to notice anyway. 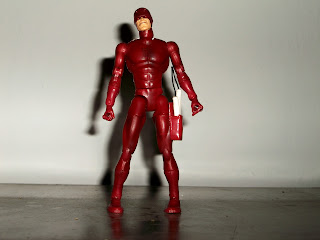 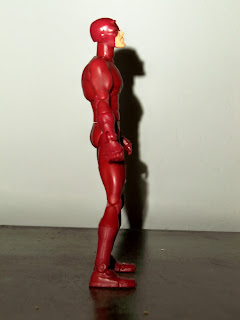 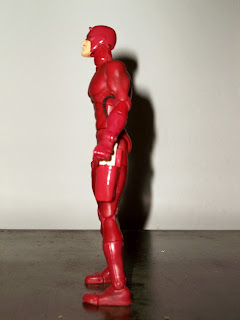 From what I gather, the figure has thirty points of articulation...
Taking into account what Toy Biz was able to do in terms of articulation, since Toy Biz had its limits, I think the articulation is still pretty good by today's standards. I imagine I could up with a few poses for the figure if I really took my time. I like the fact that the figure's fingers are hinged so that way the figure can hold his billy club. 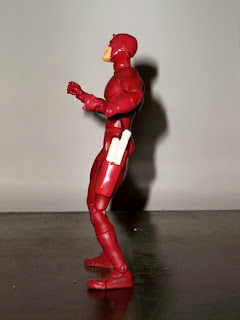 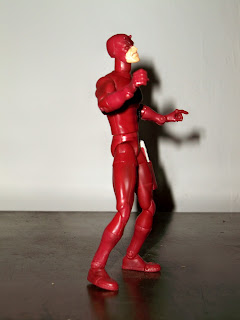 The figure comes with a billy club, a wall mountable display base, and a reprint of Daredevil #241. The display base, from what it looks like to me, is a "stained glass" church window. There's some nice detail on it and even the decal windows look decent. I don't have any complaints about the billy club, but in regards to the waist, I don't feel like it was necessary to include the waist clip since I probably won't display the figure on the wall with it looking like he's jumping or falling off the ledge. Whatever floats your boat, I guess. 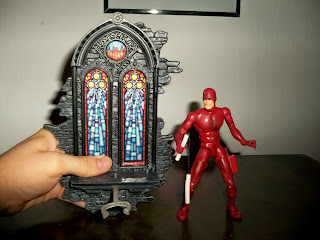 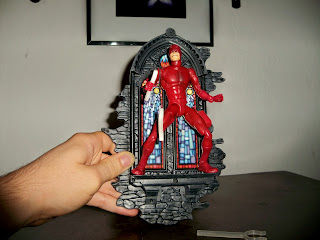 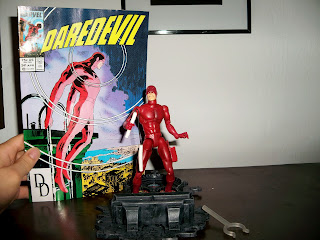 I would highly recommend this figure to any Daredevil fan or anyone who is just looking to get into one of Marvel's more underrated characters. You could probably find this figure at your local comics shop or at any toy or comic conventions in your area. If you're looking to buy online, Amazon is probably your best bet.
Posted by: americanzero Posted: 08:12 No comments: 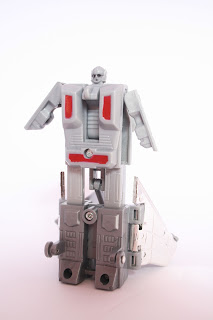 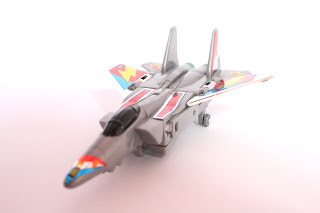 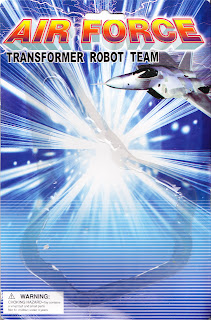 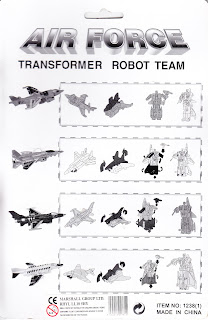 Email ThisBlogThis!Share to TwitterShare to FacebookShare to Pinterest
Labels::: Bootleg, Knock Off, Transformers

Both the robots resemble bootlegged versions of Legends class Bumblebee . 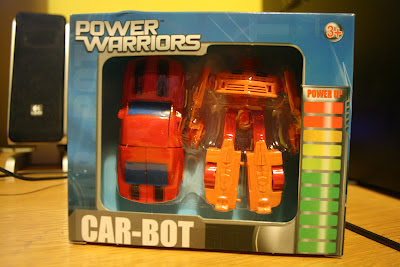 Email ThisBlogThis!Share to TwitterShare to FacebookShare to Pinterest
Labels::: Bumblebee, Knock Off, Transformers 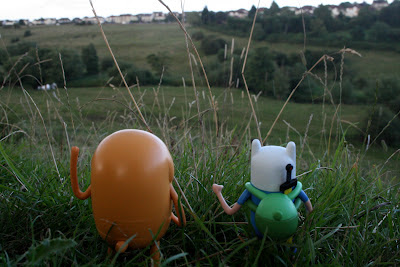