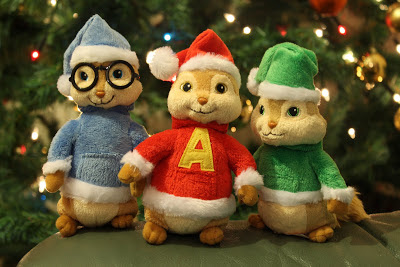 Hey all. Things have been busy down here at Figured Out with Christmas season and all.

I wanted to post a lot of holiday related fun and antics, but a bereavement in the family set me back a fair bit and Christmas Day was knocked for six.

However, I've tried to enjoy this fun time of the year the best I can and make the most of the good things and look forward to the prospects ahead. I may spam this blog with Christmas stuff throughout January anyway.

'Santa Claus' left me a new camera and its a sharp DLSR that takes rather nice in-depth imagery, like the one in this post. My daughter was given a set of Alvin & The Chipmunks to play with and she loves them lots!
Posted by: Hero_UK Posted: 14:52 No comments:

As far I know, Hasbro has been recently revamping its Marvel Legends line for the sake of making their figures more comic book accurate. These figures do not include comic books like the Toy Biz Marvel Legends did, but I heard that the next wave will. Hasbro is continuing the build-a-figure tradition, though, which is cool for the collectors that wish to build Terrax. The Terrax series was released earlier this year, which I thought I'd give a try by purchasing the Ghost Rider figure from a local toy show in my area. I have a Ghost Rider figure from the '90s Toy Biz series, but I lost him and he didn't stay together very well due to his action feature, so I am glad to have picked up a more modern version of Ghost Rider.

Ghost Rider is a very nice representation of his comic book counterpart. Nothing seems off to me in terms of the sculpt, which works because it's not bulky or skinny. I like how the shoulder pads, the forearm pads, and the knee and shin pads have their own textures, which are well-complemented by their respective spikes. Heck, even the textures on the figure's lower body look great. The flames look cool too and they're all the right size. 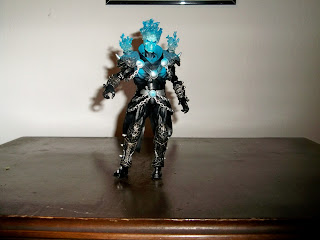 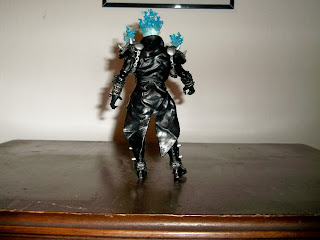 There's not a lot of color on this figure, but I still think that the paint came out great. He has nice tints of blue on the front of his jacket, which I guess is sort of like a tuxedo jacket. There are also blue shades on his shoulder pad, which kind of have a cool pastel look to them. Another thing that stands out to me about the paint is the fact that the flames have a kind of white/clear steak to them on the bottom half. That affect kind of goes from bottom to top throughout the flames since there are some patches of tints and hues for variety's sake. The only problem I have to be with the paint job is that there appears to be some minor smudges on the chains. 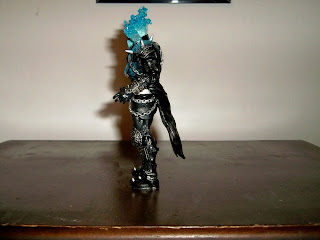 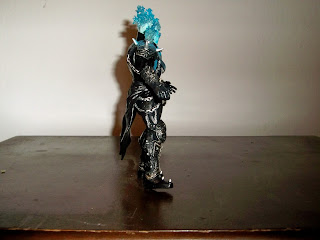 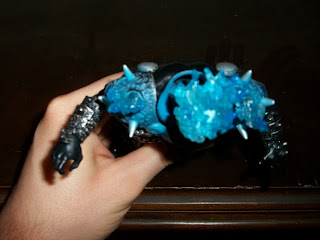 From what I gather, the figure has about thirty points of articulation...

The articulation is a little less than a typical Toy Biz Marvel Legends figure, but it's still decent. I guess that happened as a result of Hasbro's revamp. The good part is is that the figure's jacket and pockets don't really hinder movement all that much. 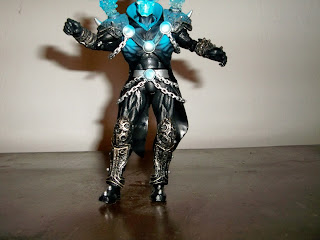 The figure is rather lacking in the accessories department. Sure, his jacket can be unsnapped, but it would've been nice if it were easy to remove so that way an extra -- perhaps battle damaged jacket -- would've provided another option. It also would've been great if Ghost Rider's signature chain weapon was included since the figure's right hand looks like it can hold it. He does come with both of Terrax's arms and a piece of paper with information about Terrax (not pictured), but I wouldn't count those as accessories. 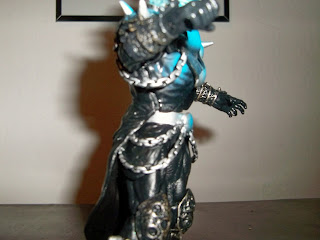 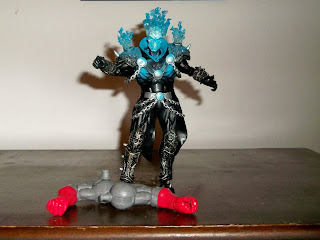 Despite the fact that this figure doesn't offer much in terms of accessories, he's still a great figure that is sure to please any Ghost Rider fan. There is a variant that has red and orange flames, but from what I've seen, that one doesn't look as nice as the regular version. From what I gather, both versions are on Amazon and could probably be found on eBay. If you prefer to pick up the figure from you local comics shop or any conventions in your area, you'll probably spend between $15 and $20. Regardless of your method of purchasing the figure, you'll be happy with him since he stands out in any collection.
Posted by: americanzero Posted: 05:34 No comments:

I spent some time over August and September assembling a TMNT Christmas Promotion featuring a series of custom tree ornaments.

Cowabunga Christmas is the follow-up to Festive Fury which I produced in 2008, but a little more widespread.

These have been shipped out worldwide (especially the US) as early holiday greetings to friends, fans, and followers and have been greatly received. It is really rewarding to see my custom work displayed on Christmas trees around the globe. I hope to do something in 2013 to top this. 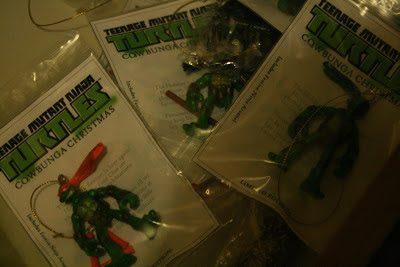 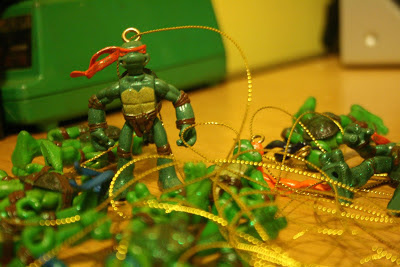 Despite this film held back until February 15th 2013, it is still being promoted quite well. Courtesy of Showcase Cinemas for the Holiday Season are these fantastic Wreck-It Ralph Advent Calendars. 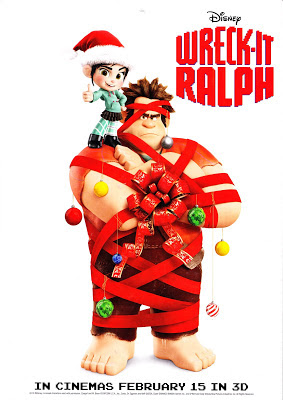 Skeletor has a change of heart, thanks to the Christmas spirit.
Posted by: Hero_UK Posted: 09:27 No comments: