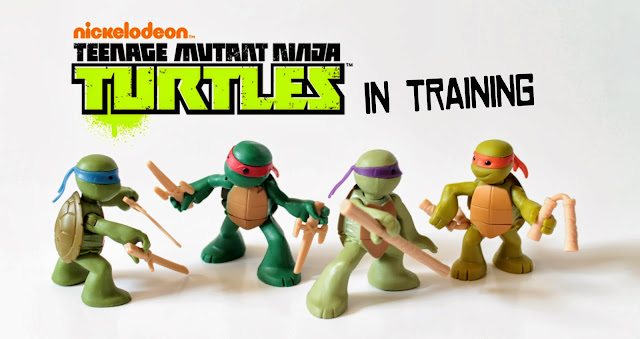 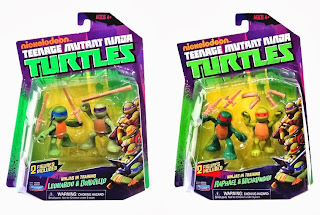 From the Fall 2013 wave of TMNT are the ‘Ninjas in Training’ 2-packs. The Turtle brothers in toddler form are split up into sparring groups of 2 – Raph with Mike and Don with Leo.

The original concept of Toddler Turtles was first executed in the 2003 line. All Turtles and their training accessories bundled together in a pack of 4. This also introduced the idea of the Turtles having toned down safety versions of their signature weapons. This novel pack was popular with the fanbase, which meant these newer Training turtles for 2013 were well received when announced by Playmates. 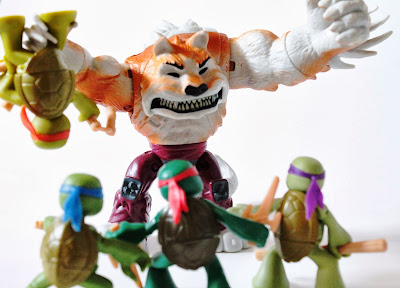 The appeal is simple: Cuter, smaller versions of the brothers. All 4 look great with their own individual expressions. The black beady-eyed look is what really makes it work. Raphael looks tiny-aggressive and has a smaller version of his plastron chest scar, Leonardo looks determined, Mike looks playful whilst Donatello looks serious. The turtles at this stage don’t yet have their signature pads, belts and sports tape - so are wearing nothing but bandanas and the shells on their fronts/backs. Wearing just a shell/plastron makes the Turtles look like they are all in toddler vests and it works well with the theme. 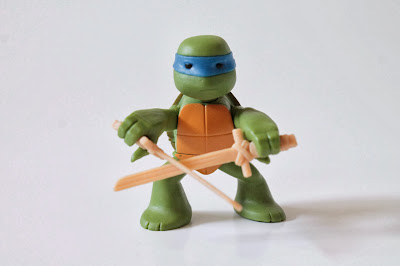 As far as these go as figures, the Turtles are very similar to the Minifigure 2-pack brands of previous years (lines like Dr Who Time Squad, Transformers Robot Heroes and Scooby Doo Mini-mates etc). Each Turtle is near enough stuck in a pose, but with an extent of articulation. The head, legs and arms are all moveable, but there are no other joints for the hands, elbows and knees (which are all bent). Interestingly enough, the Turtles in Training all have posable waists, and which is a rarity with figures of the TMNT.

The limited articulation and small easy-to-lose weaponry make these fall short in the figure department. The Turtles in Training 2-Packs are in my opinion better for displaying, rather than playing. Still a must have for Turtles-fans regardless. 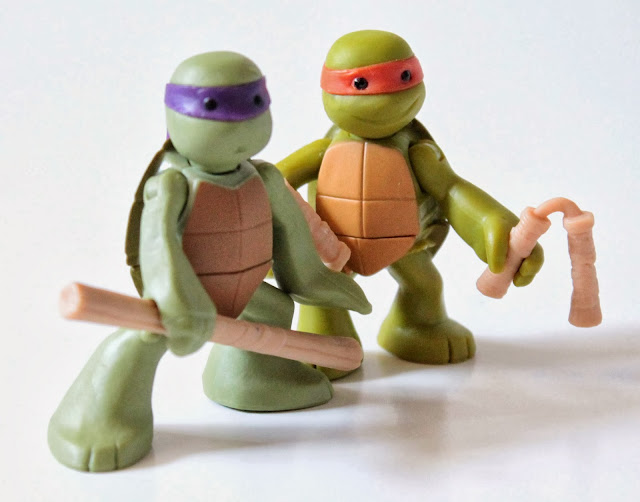 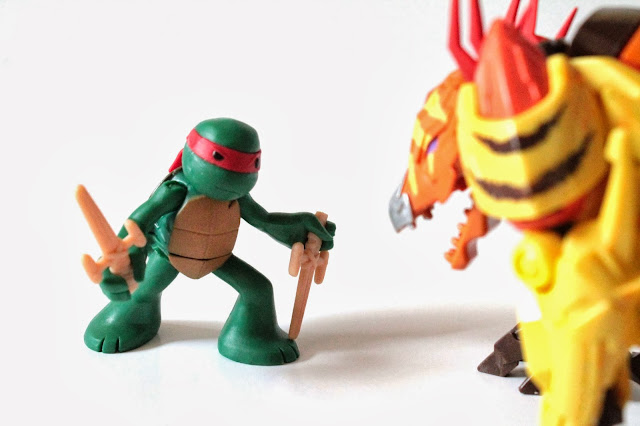 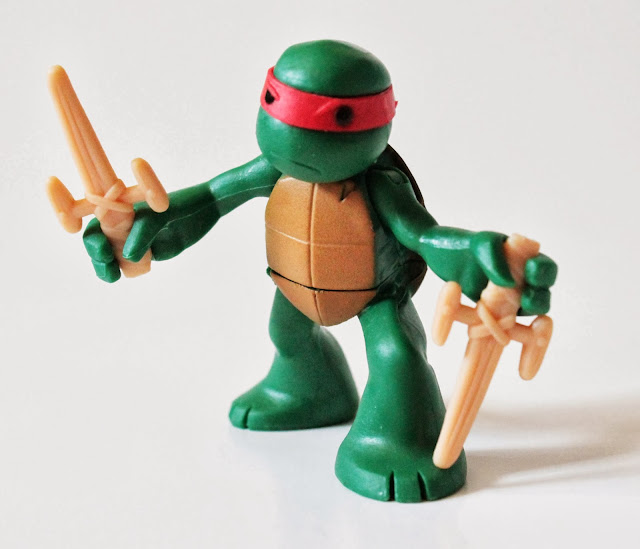 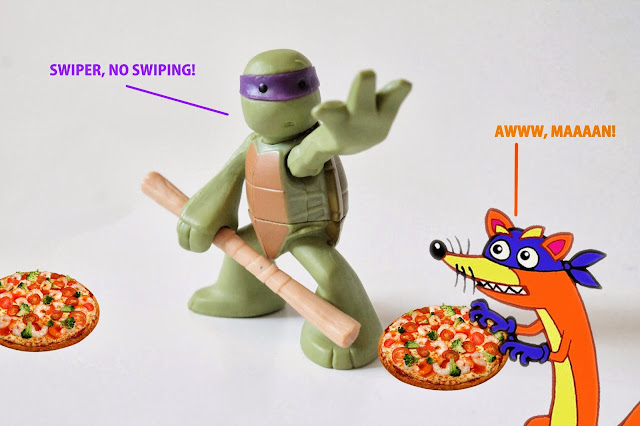