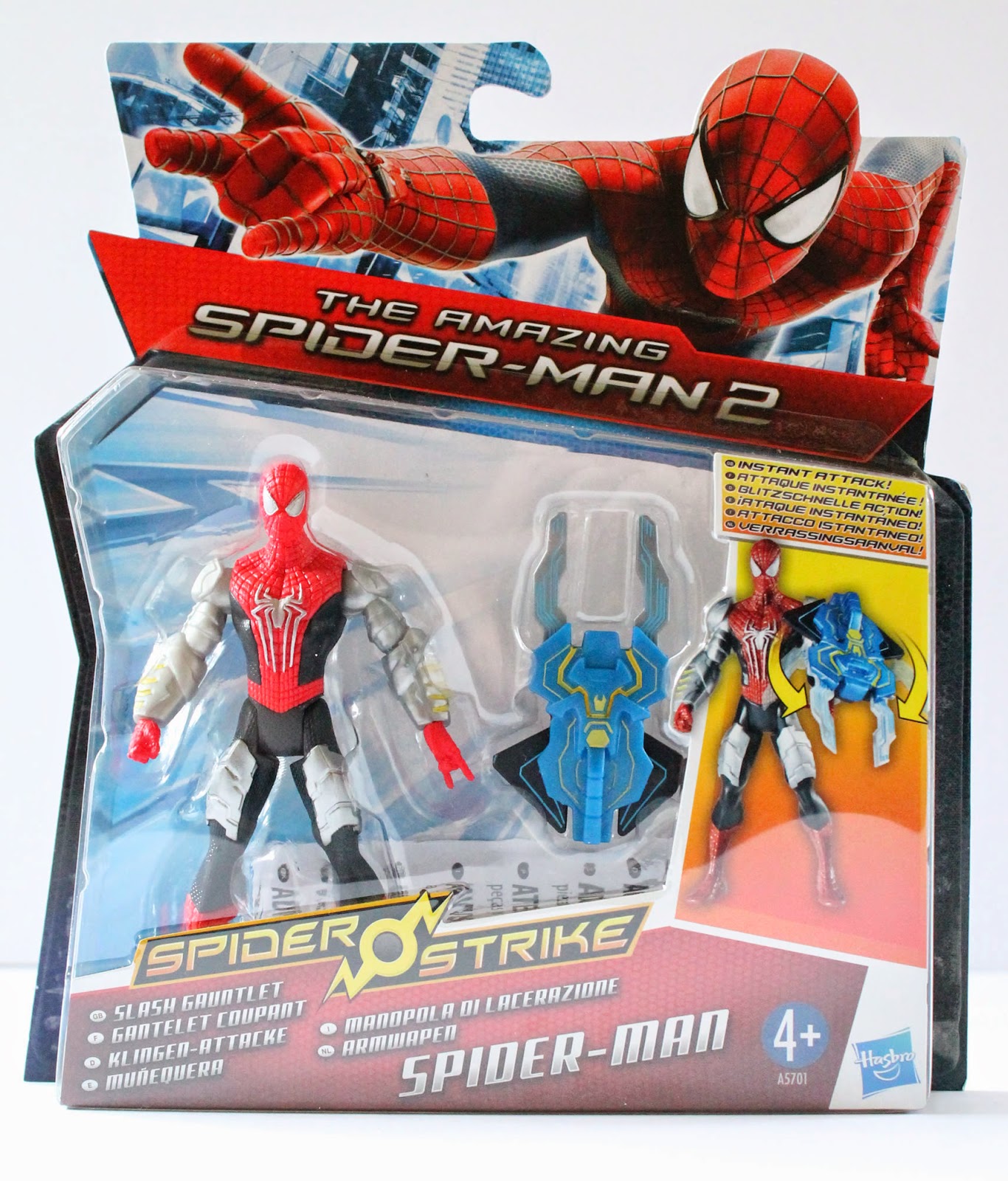 With another new superhero movie comes the obligatory tie-in merchandise. Action figures of course being a key department of all things to do with said feature film.

The Amazing Spider-man 2 is represented with an array of colourful figures based on characters from the sequel, from the possibly short-packed villains to multiple cheesy variants of the titular character. 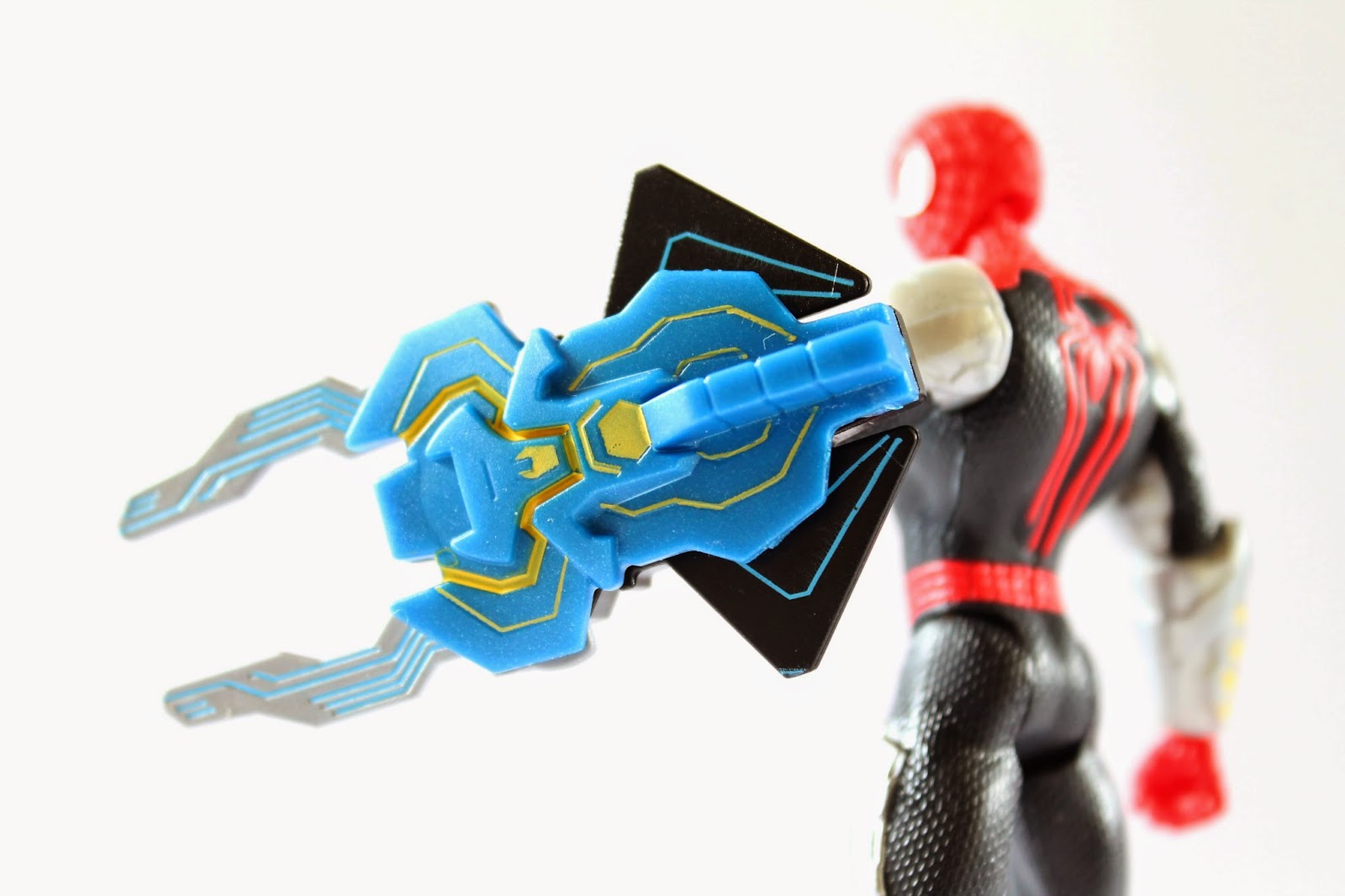 Slash Gauntlet Spider-man is one of 3 different Spider-man toys (along with a version of villain Electro) in the 3,75” scale and Spider-Strike subline. The idea behind these is that each figure has a different magnetic limb and a magnetic weapon gimmick to interact with.

Slash Gauntlet Spider-man is obviously all about the Slash Gauntlet accessory.  The gauntlet weapon included can magnetically attach to Spiderman’s left forearm and springs out a double blade in the shape of a robotic pincer. Perhaps the idea behind this weapon is SHIELD lending a helping hand… or gauntlet rather.

The Spiderman figure itself looks good, poses well and sculpted with depth. The articulation is fair with moving arms/wrists/swivelled elbows, legs and head. Movable knees would have been a nice addition, but sadly left out.

Spider Strike: Slash Gauntlet Spider-man serves its purpose as a smaller scale ‘to play with’ figure featuring a fun accessory. Overall, a good toy to accept on its own terms, especially for Spider-man fans who like variety with figures based on the character. 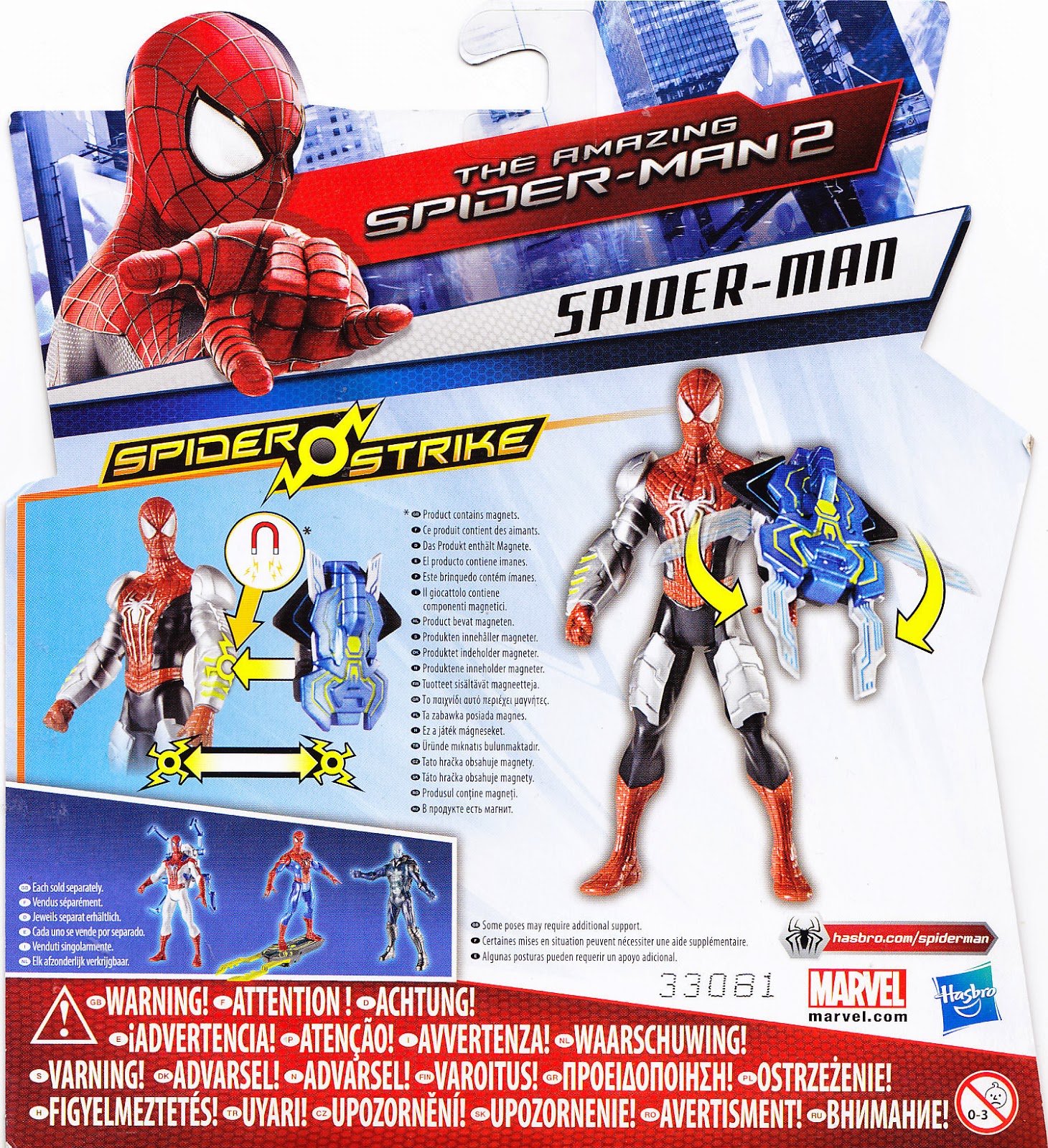 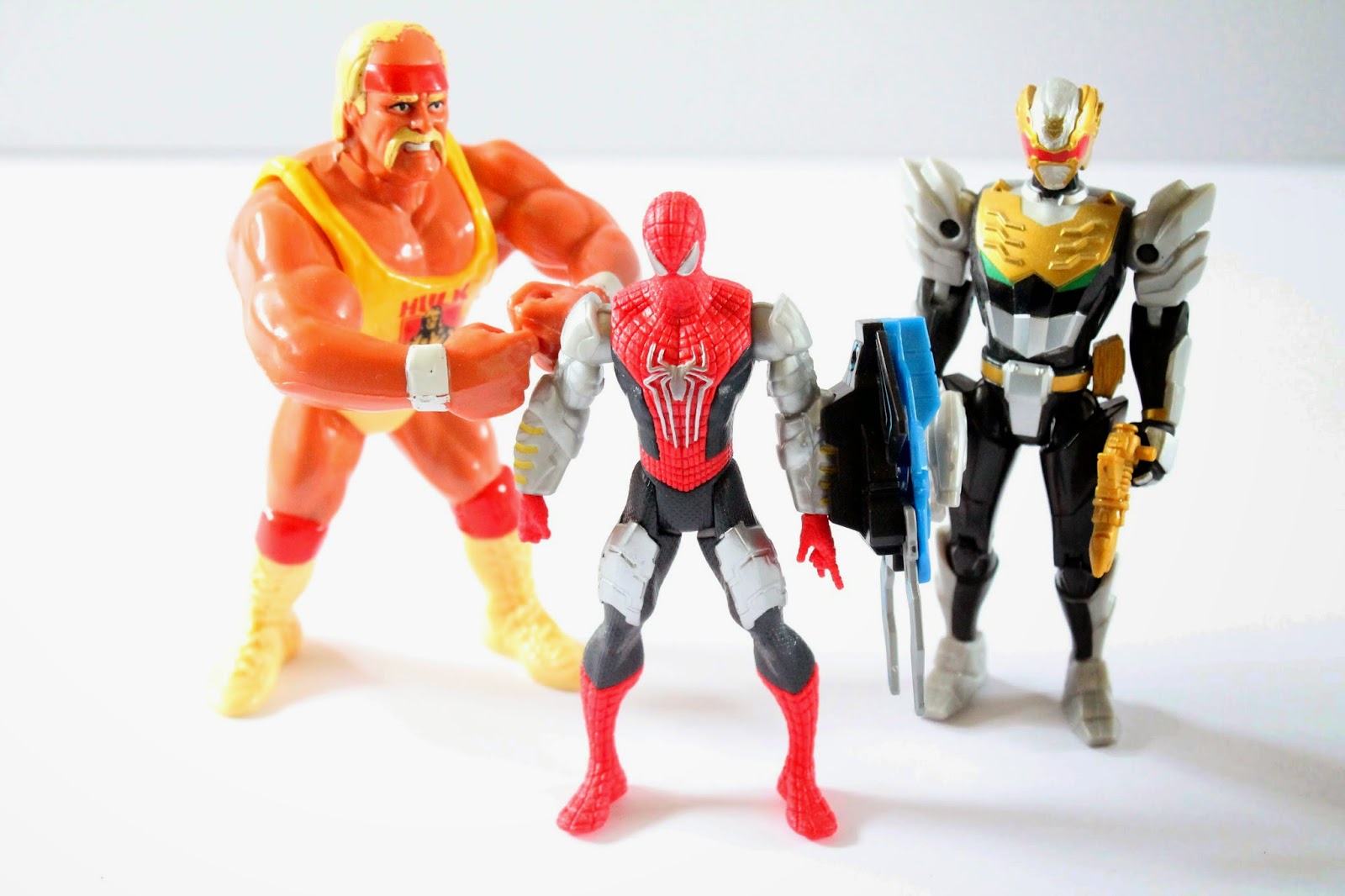