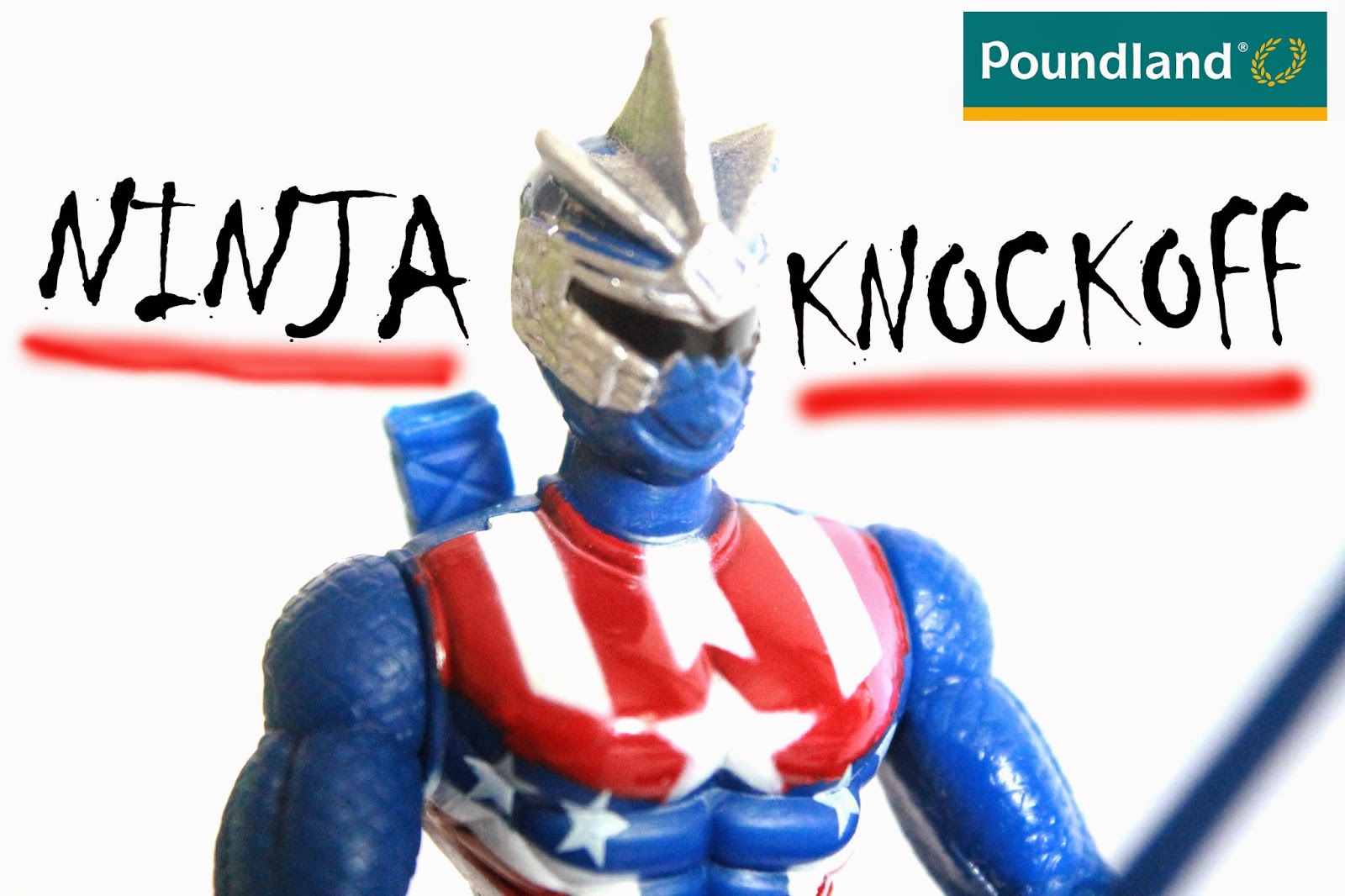 Whilst on a random visit to the local Poundland, I discovered this gem of a 3in action figure bootleg.

Judging by the head crest design, it looks to be carbon copied from some Power Rangers/Super Sentai incarnation or other. The articulation of the figure is pretty much similar to the basic mould used for Super Sentai, Power Rangers and Masked/Kamen Rider action figures from the mid-90s onwards.

For a knockoff toy, this ‘Ninja Warrior’ stands pretty well and despite the light plastic it also holds together very well. The American flag motif makes the figure stand out. Perhaps this ‘character’ is Captain America’s first ever Power Ranger recruit.

The 3 weapons arsenal is a nice touch. The only thing I’d change would be to make the sword the same bland pewter color as the two sai that are also included. Nothing a quick spray of Warhammer coloring would quickly resolve that gripe. 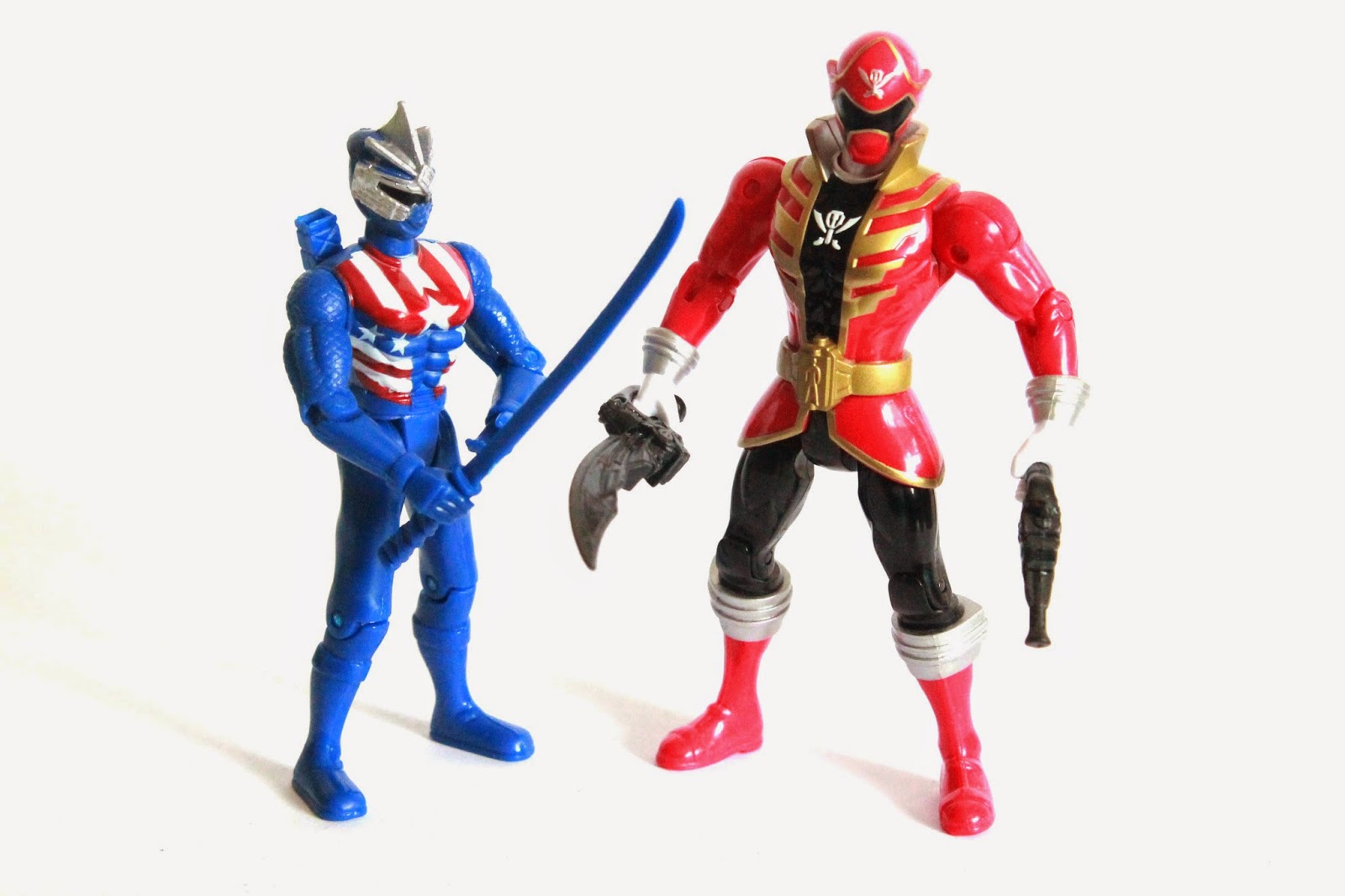 There are a lot of worse items to waste £1 on in a discount store, but ‘Ninja Warrior’ is a lesser of the many 'evils' that dwell on Poundland’s shelves.

There are no other designs except for the one pictured. This toy has been brought to you by the notorious Funtastic, who are well known for producing many low quality knockoff nightmares. 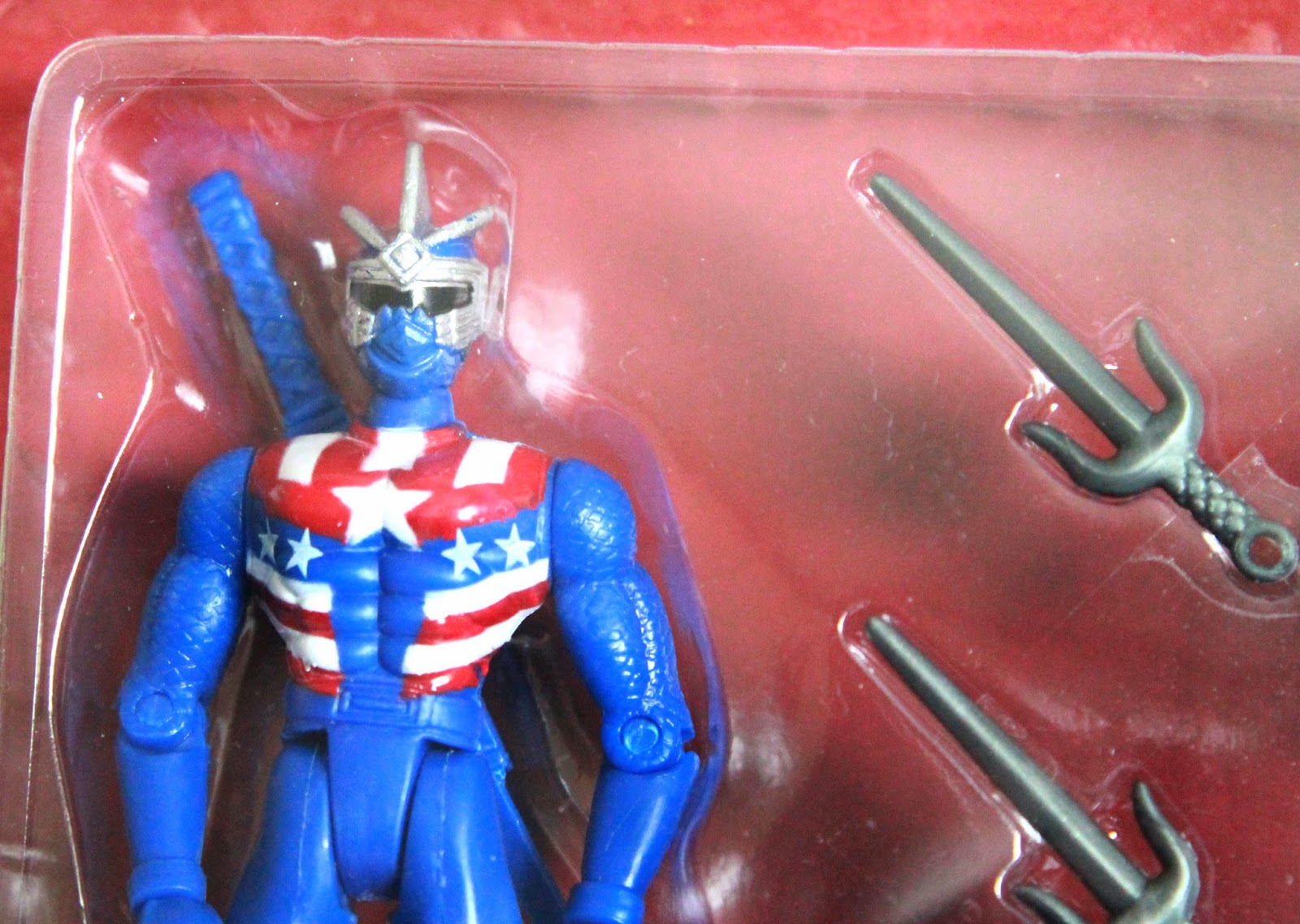 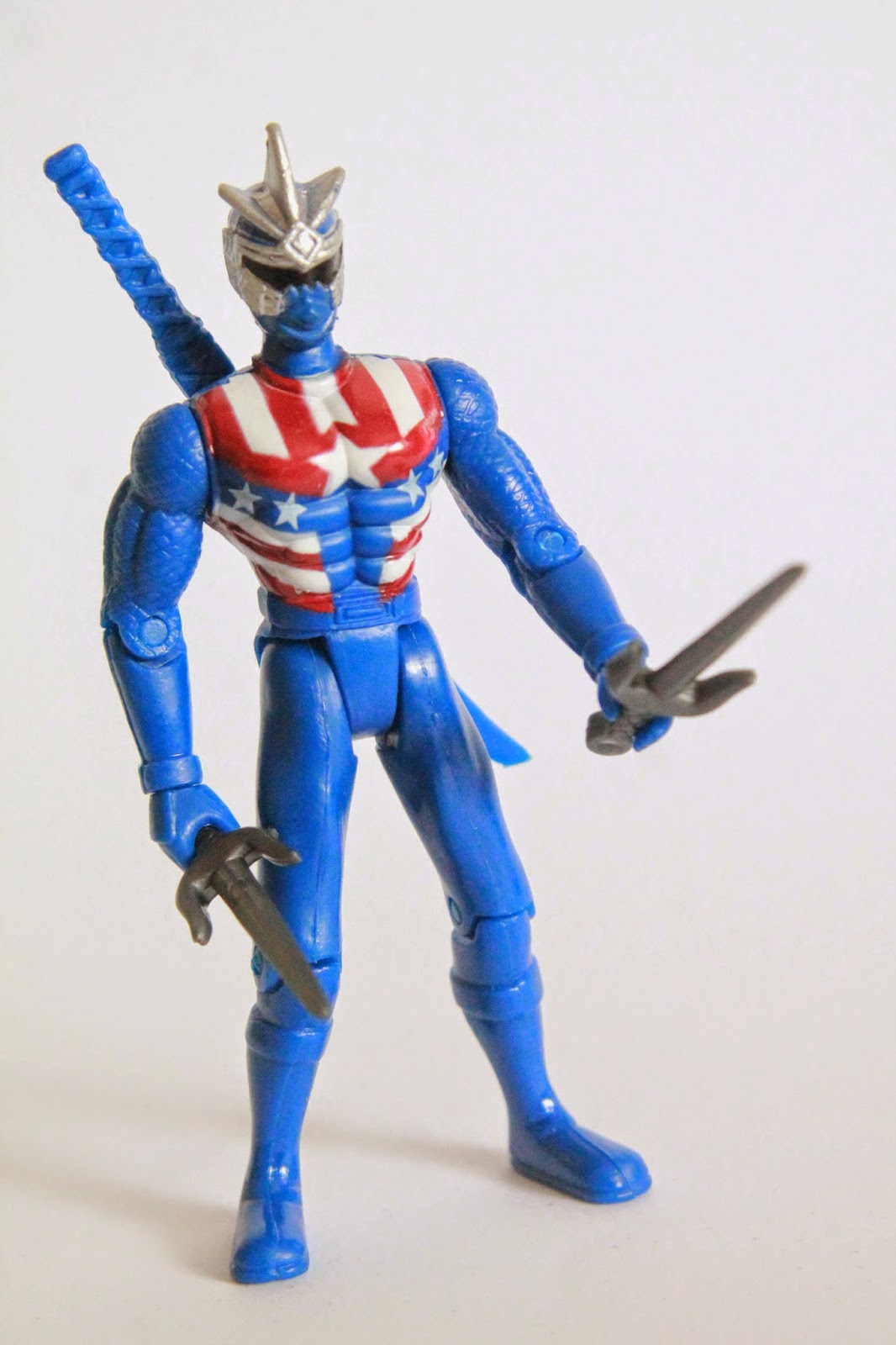