The Get Along Gang (1985) Haunted Badger Mansion Tour

Almost 30 years on, I still think the Get Along Gang was awesome!

From time to time I obtain artefacts, especially from the toyline. The figures are still collectable and here in the UK there were some exclusives that surfaced after things wrapped up stateside.

Aside from 4 exclusive figures (Ketchum Crocodile, Lealand Lizard, Pocus Possum and Hocus Hare) there was an exclusive playset - The Haunted Badger Mansion! 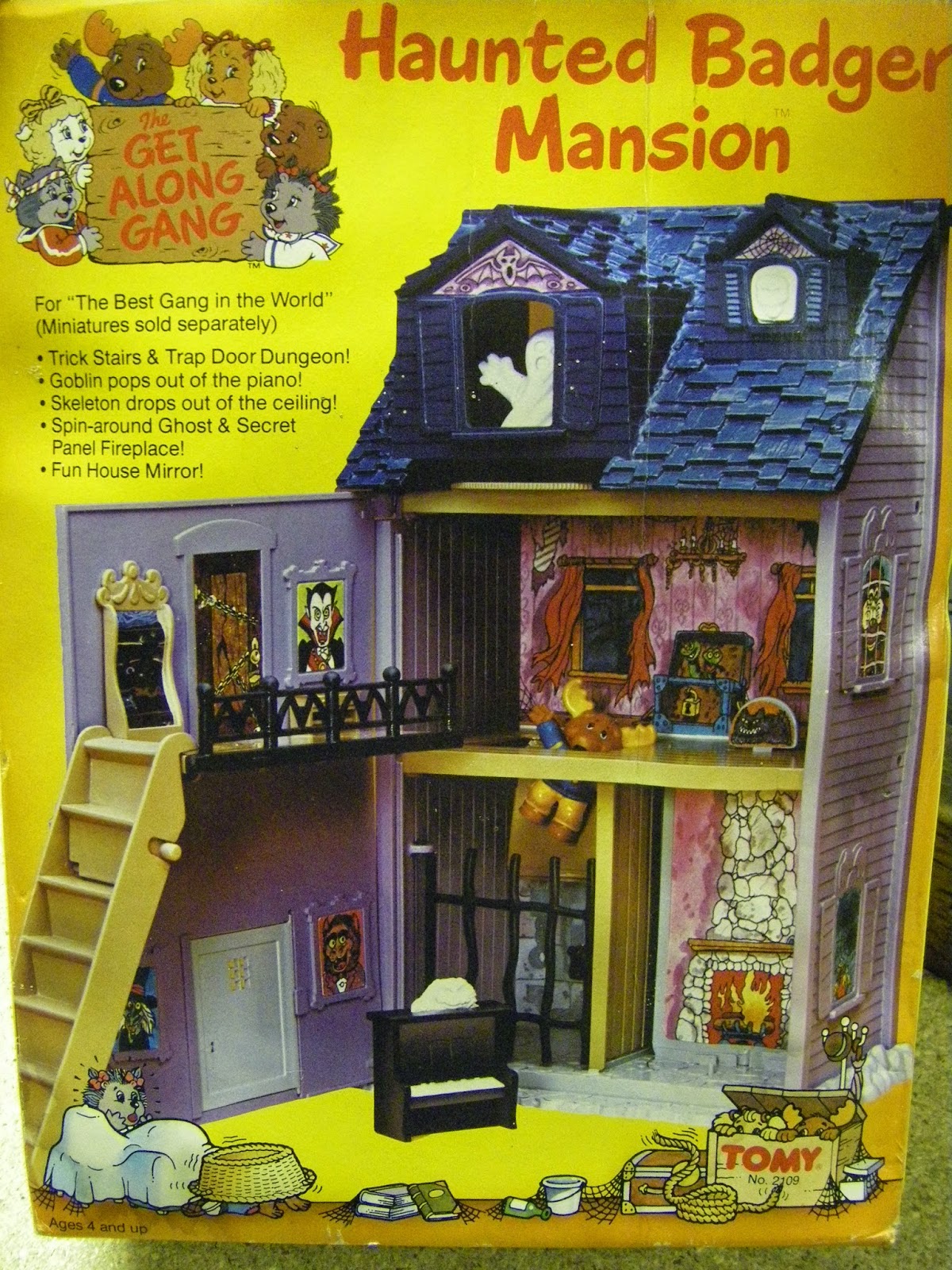 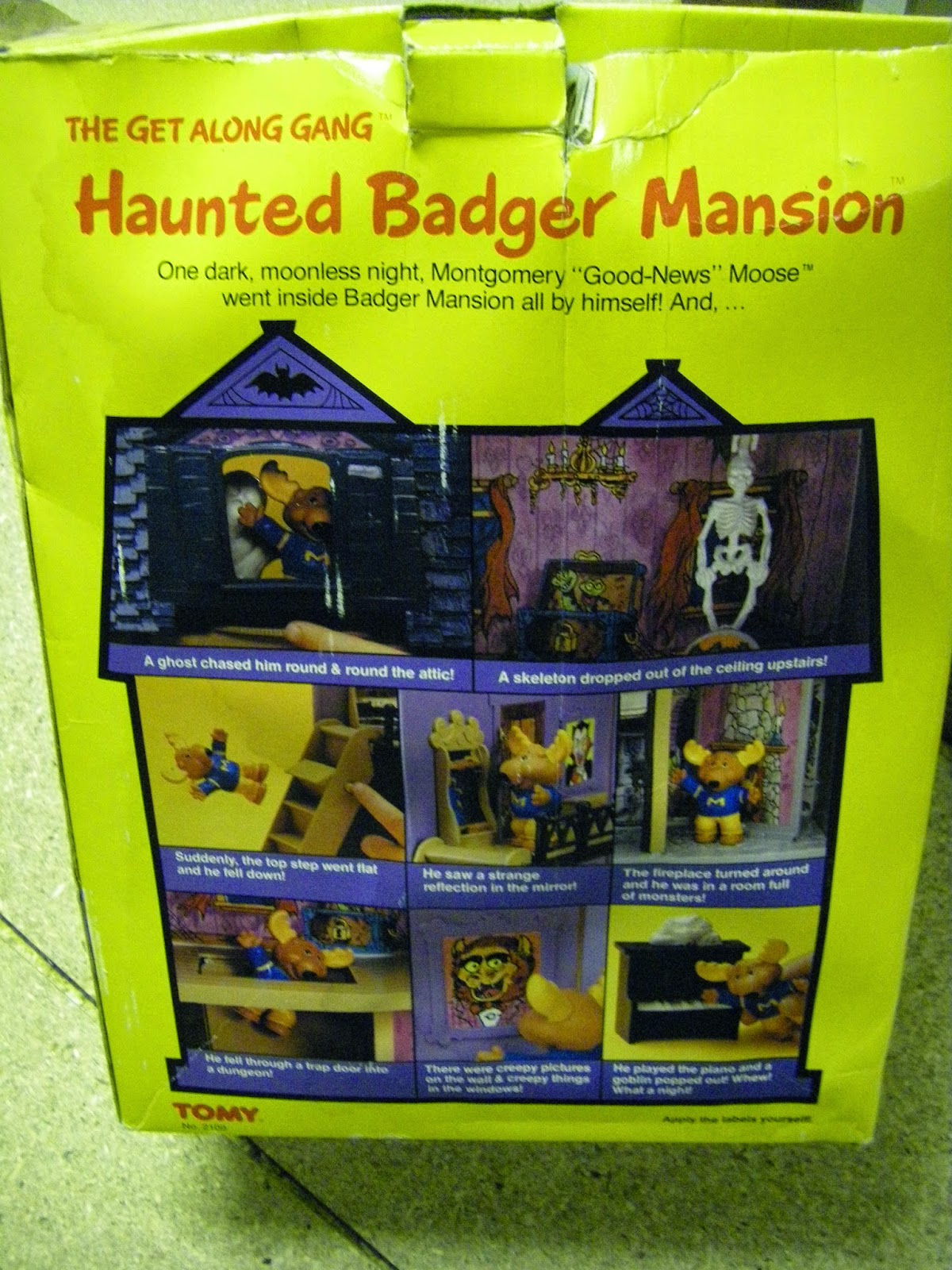 For what its worth, the mansion never featured a badger, let alone a haunted one. It was pretty much a generic haunted house with traps and the Get Along Gang branding.

Whilst there isn't a physical playset to showcase, I came into possession of the packaging after acquiring a Clubhouse Caboose on ebay. The box was used to keep that inside and was a nice bonus! 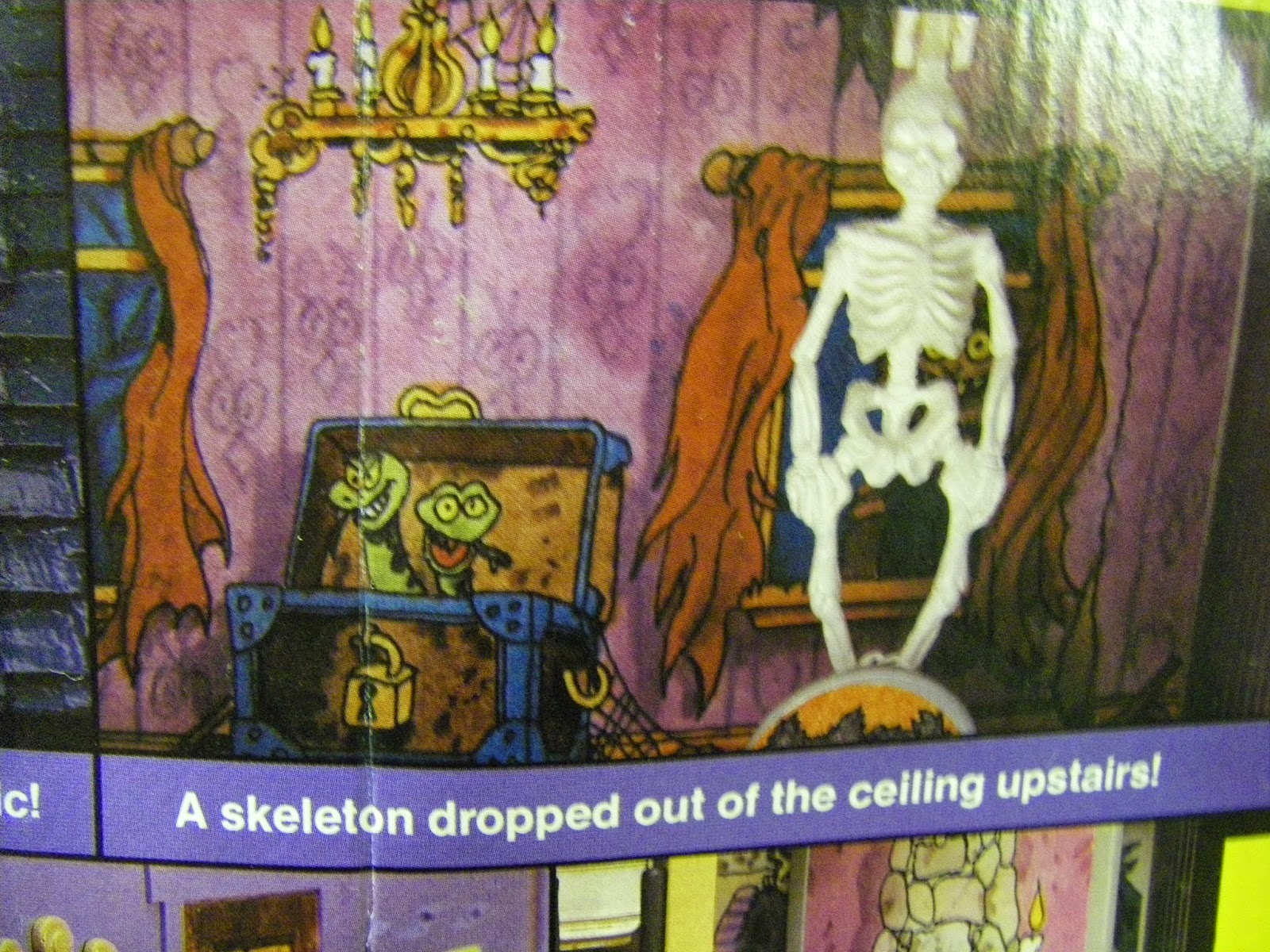 The appearance of a skeleton in a universe of anthropomorphic animals calls the authenticity of a Get Along Gang item into question. Did humans once inhabit Green Meadow?

If you look very close, you'll find the wallpaper is haunted and covered in eyes! 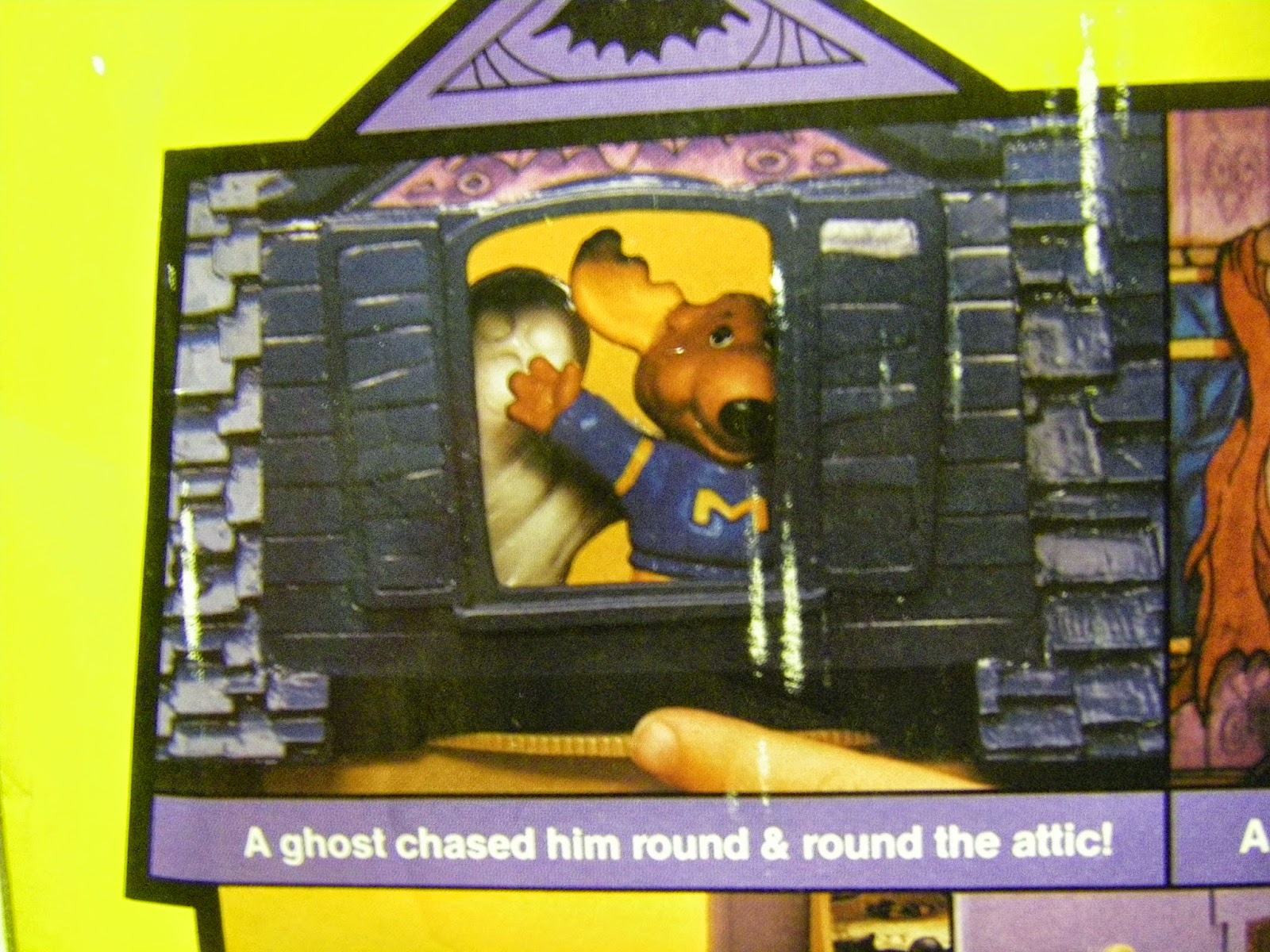 Montgomery Good News Moose is here to test the mansion booby traps. The ghost is the figure exclusive to the playset. 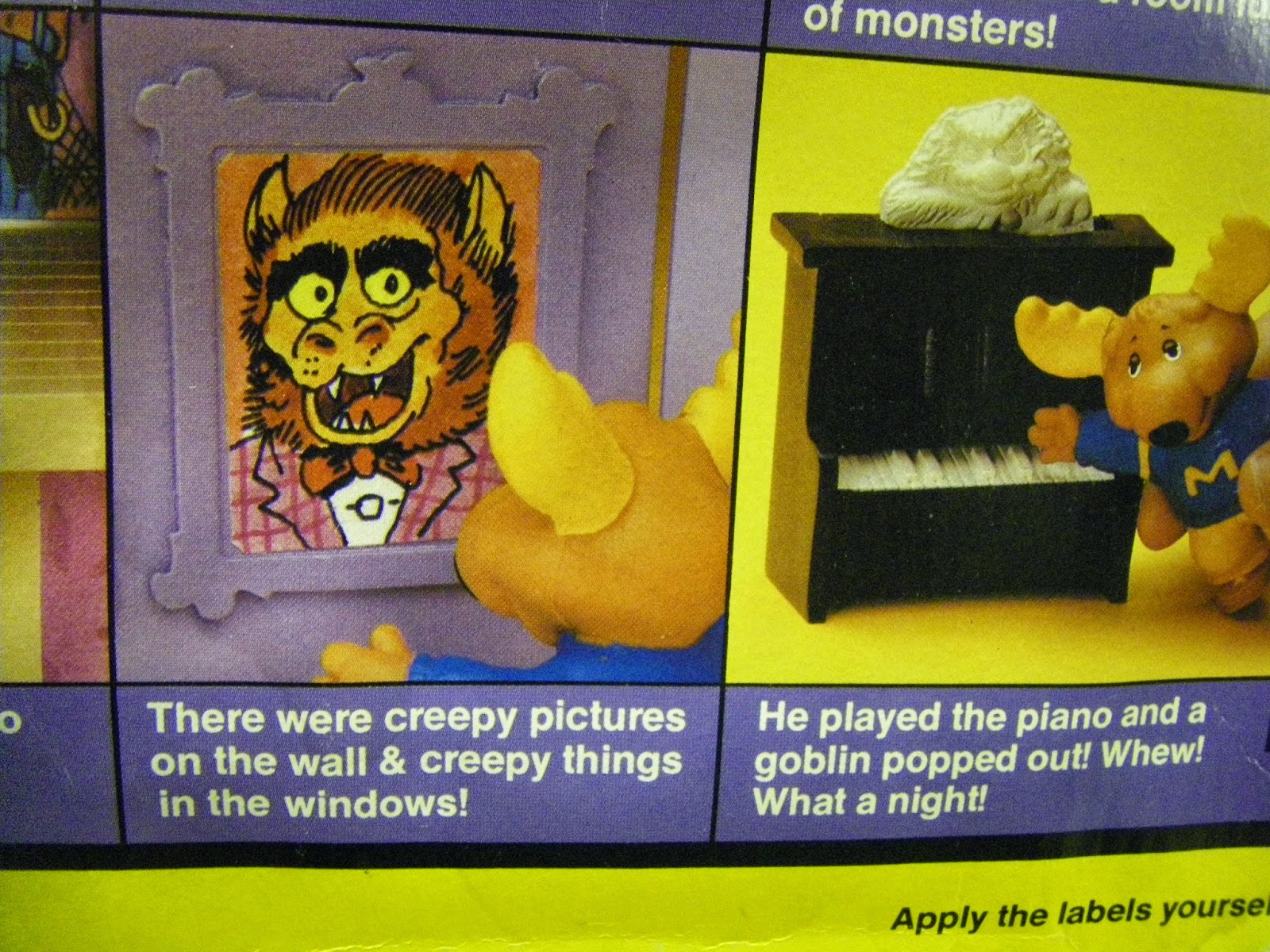 There's a Weerwolf here, but still no sign of the Lord of the manor. The piano has an attached resident goblin on guard. 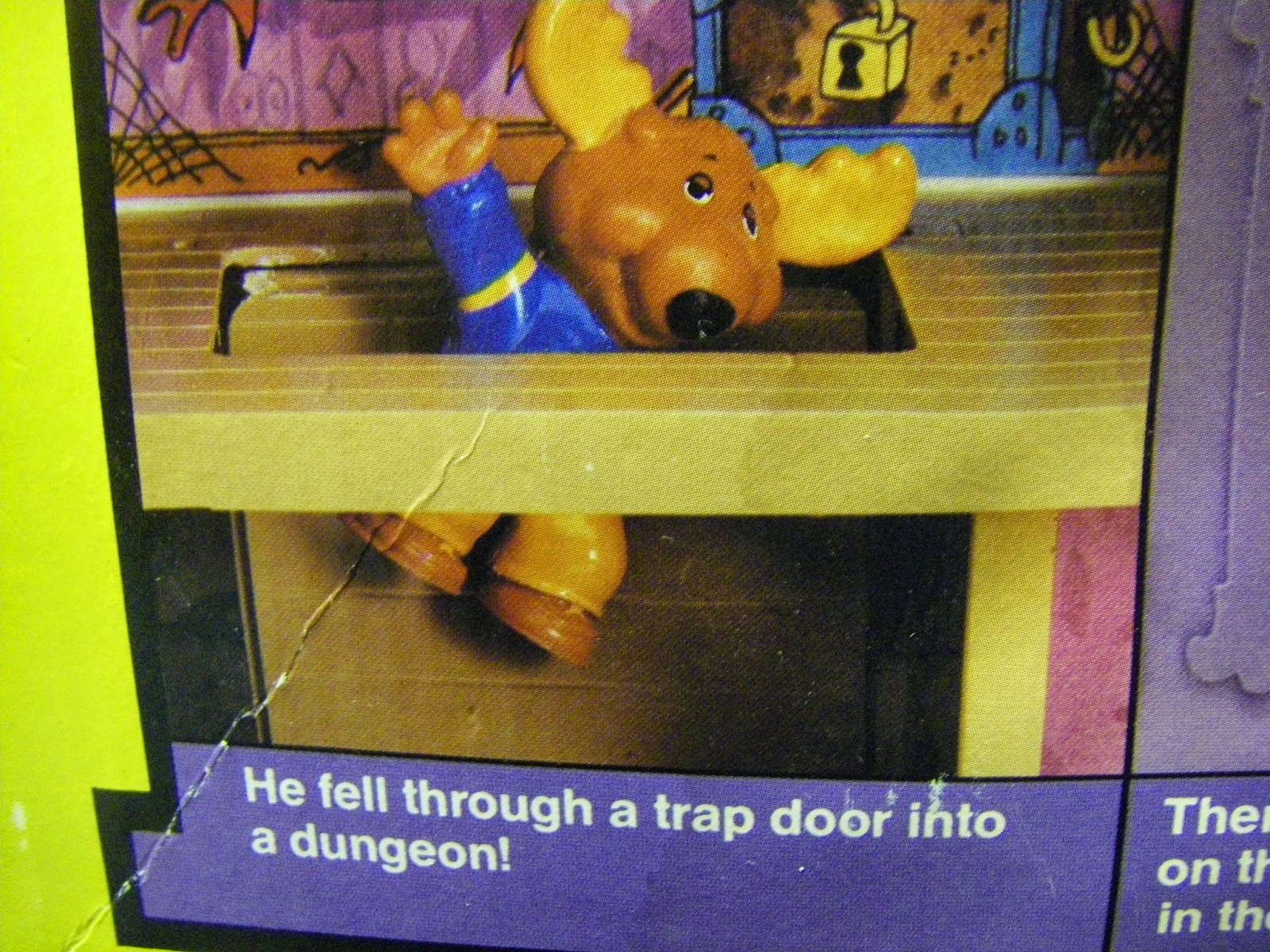 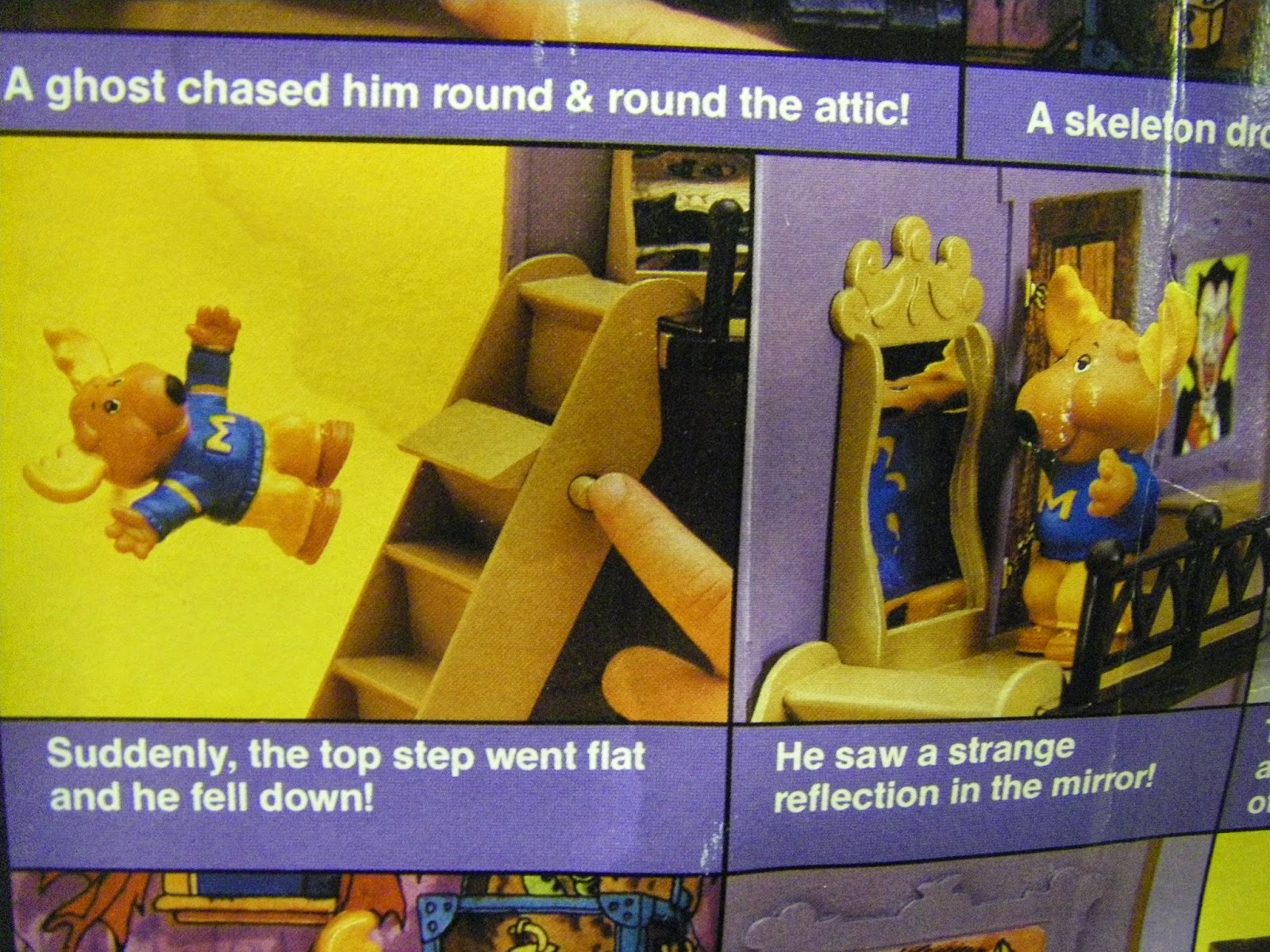 As the old saying goes - That last step is a doozy!
If you survive the steps of doom, a working fun house mirror next to a vampire portrait awaits.

That for now completes our tour of sorts of the UK exclusive Get Along Gang Haunted Badger Mountain. The only mystery that remains is that of the badger... Perhaps an unused character.

As for Monty. Its not been his day. 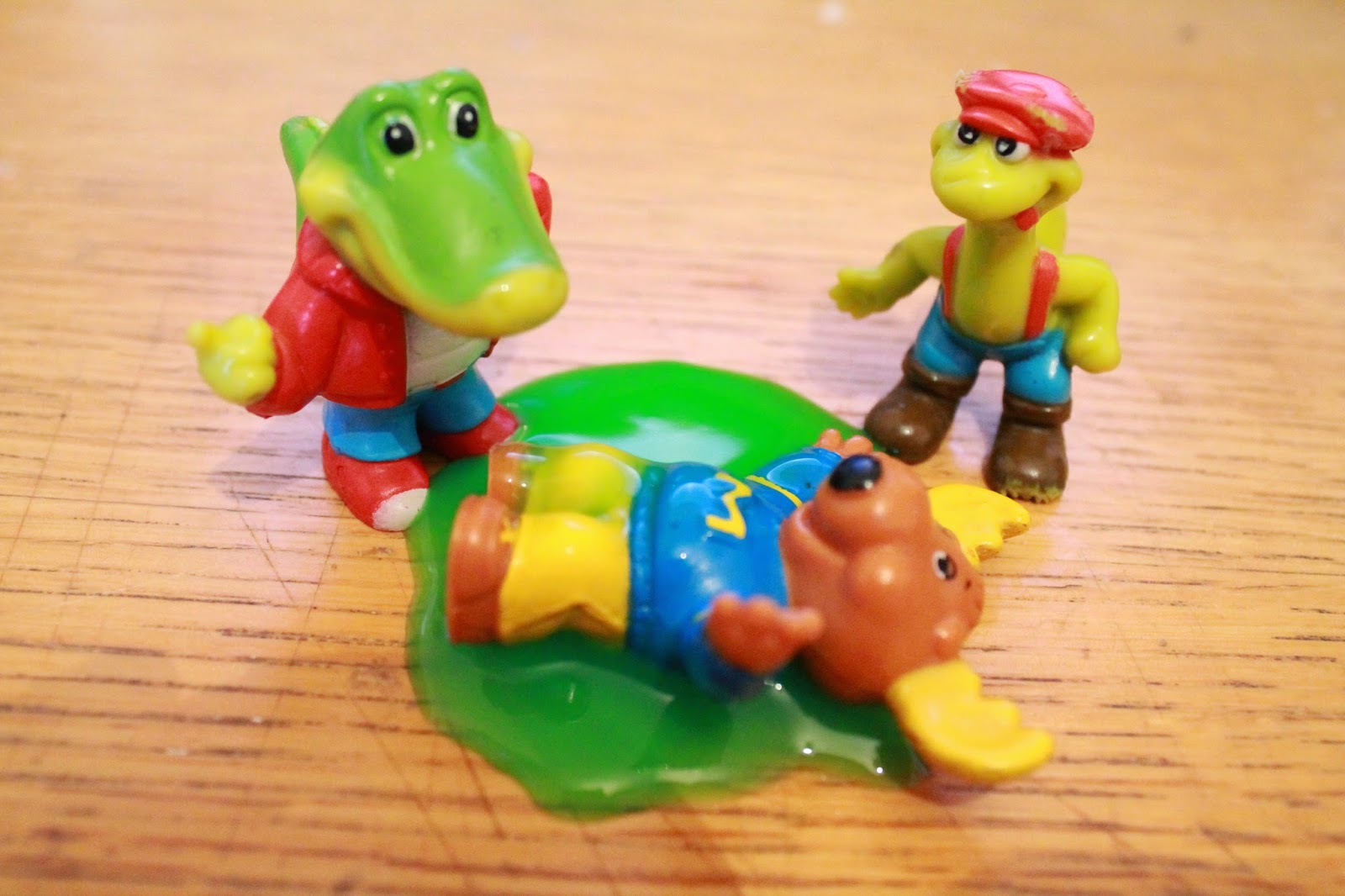 Email ThisBlogThis!Share to TwitterShare to FacebookShare to Pinterest
Labels::: 1985, 2014, article, feature, Get Along Gang, Playsets, UK