Did you know that oil company Esso once had their hand in the toy business?

Back in the late 80’s Robot Racers appeared in Esso stations and possibly small toy shops too. There were no factions like Transformers had, except one half of the toys had a pull-back n’ go play feature and the other half had sparkler engines. Both concepts were already used on similar scale Transformers at around the same time (The Throttlebots and Sparkabots/Firecons).

I owned (and reacquired recently) only one of these – A Red/Yellow pickup truck named ‘Pro-Ton’ via my Primary School’s 1987 Santa’s Grotto. For the admission price of £2 I got to queue up with the rest of my year 6 classmates to sit on St Nick’s lap and tell him all the Transformers I wanted that year. I vaguely remember ‘Santa’ winking to me and telling me that I will definitely enjoy this after handing me a present from the ‘For Boys’ sack. Like the rest of my class, we opened these gifts already and were tearing up the assembly hall floor with fighting robot action. All the guys in my class had a Robot Racer from the Grotto, whilst the ‘For Girls’ sack presents had something different that I cannot remember. Isn’t it great that toys and marketing these days have a more gender neutral approach? 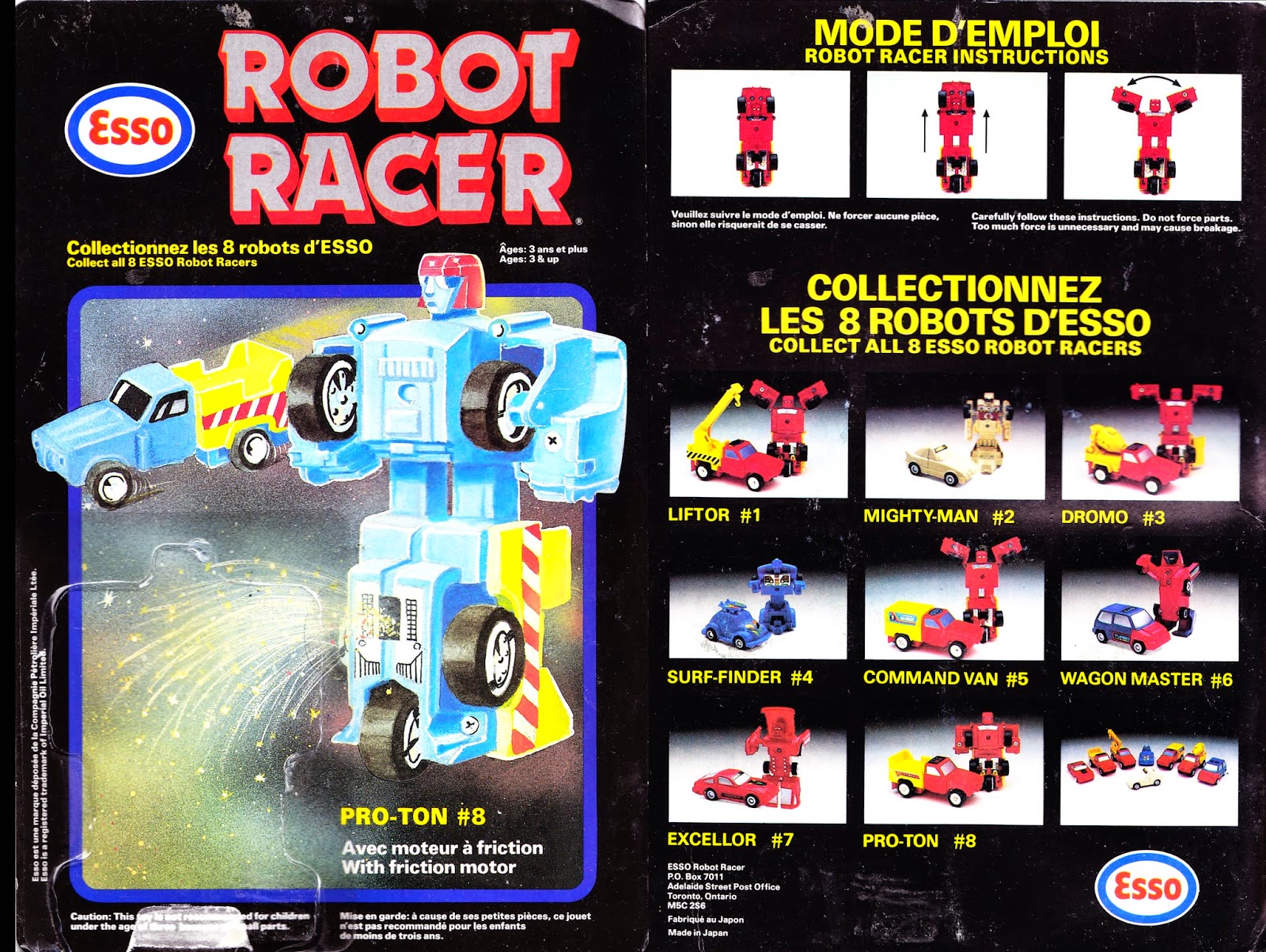 Santa really pulled through that evening as I was introduced to a Transforming robot I’d never seen before. I immediately picked up on the wind-up sparkler wheel gimmick used by some official Transformers and toy ray guns. It was awesome!

The Sparkler Wheel also gave the toy its own means of moving along the floor in vehicle mode, but not as quick as the pullback Robot Racers. I guess the Pullbacks and Sparklers had their own advantages and disadvantages weighed up. The Pullbacks also had butt -uglier, yet more posable robot modes.
I felt like I struck lucky with ‘Pro-ton’ as I’d already owned 2 of the 3 Sparkabots from Hasbro. This 3rd Party wannabe robot was a great stand in for the absent Sizzle. I discovered much later that the Esso station near me was selling more Robot Racer goodness at £2 a pop, which was co-incidentally the same as Santa’s entry fee (though its not like the jolly one needed the money). 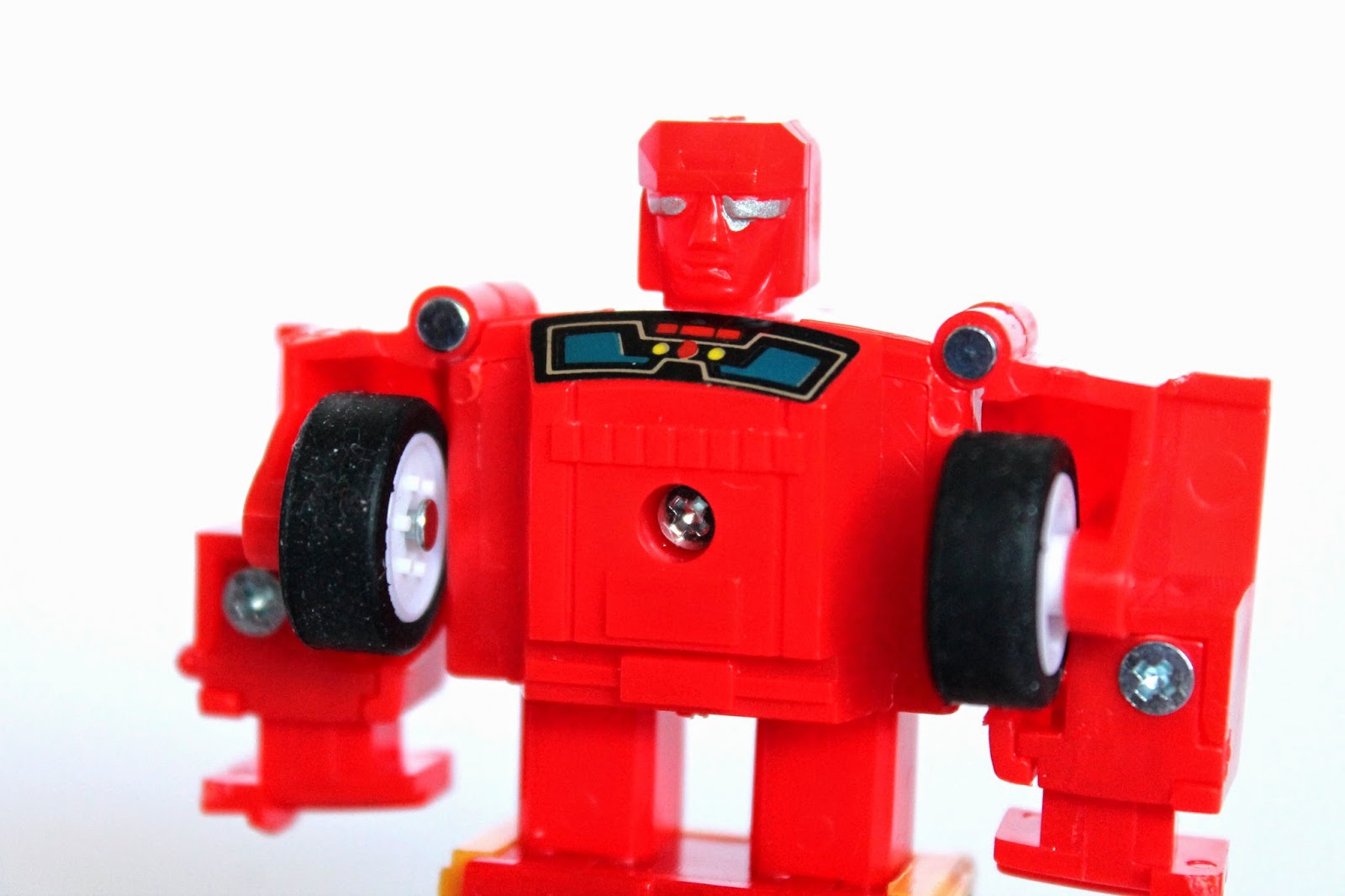 Like with all played with toys they reach their natural end. I recall ‘Pro-Ton’ was taken apart with a screwdriver in attempt to transplant his worn-out sparkler wheel from another toy. For some reason he could not be reassembled Johnny Five style and ended up gone for good…

25 years later, marked a good deal on ebay and a reacquisition of the best Grotto gift ever. I owned a Pro-Ton again and the memories of Christmas 1987 and beyond came flooding back.

A Year in the making.

Finally! A years wait to obtain all the Masters of the Universe minis from 2014.

Each set was released every 2-months on MattyCollector, containing 2 figures and a piece of a Castle Greyskull display. 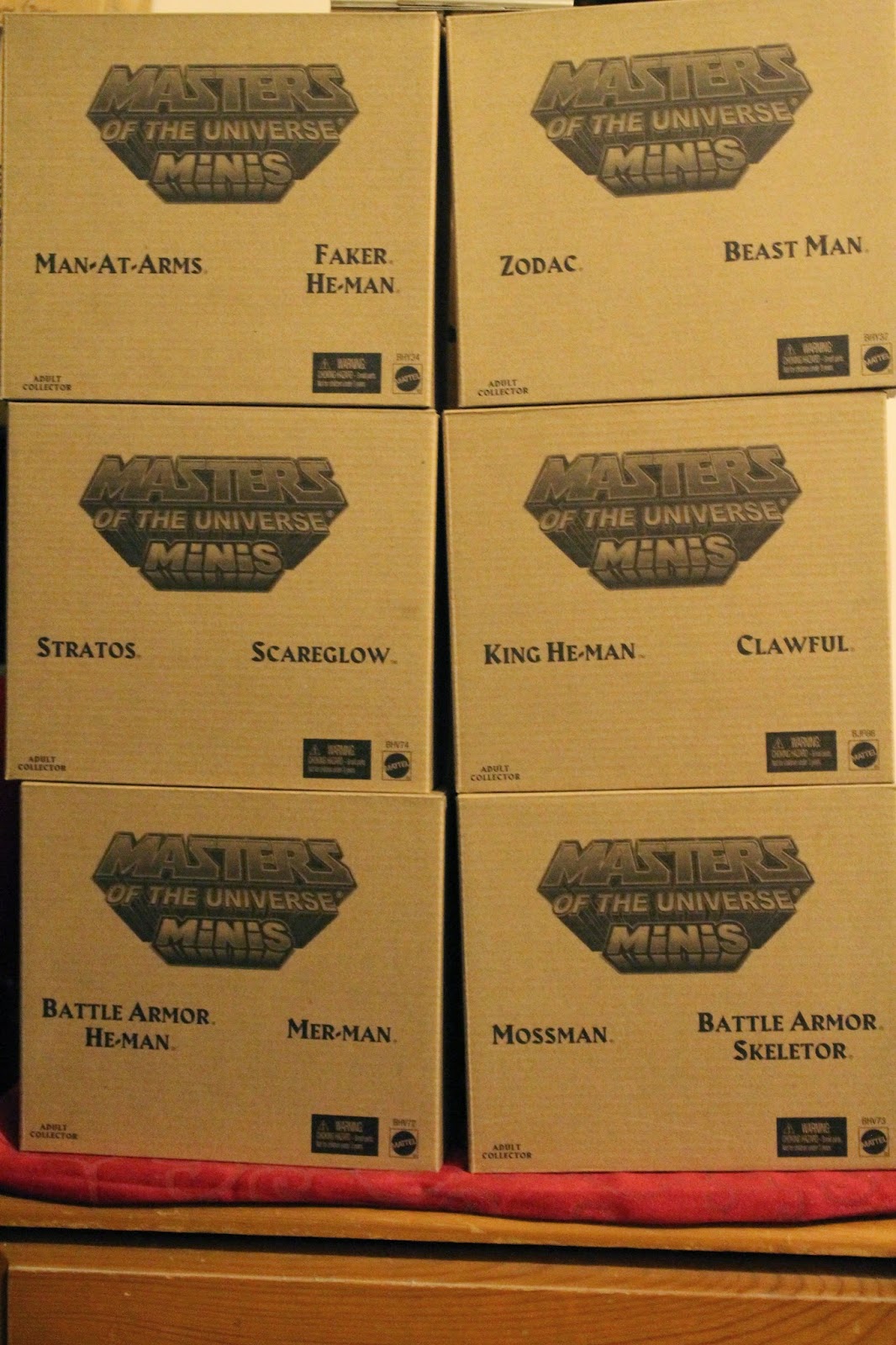 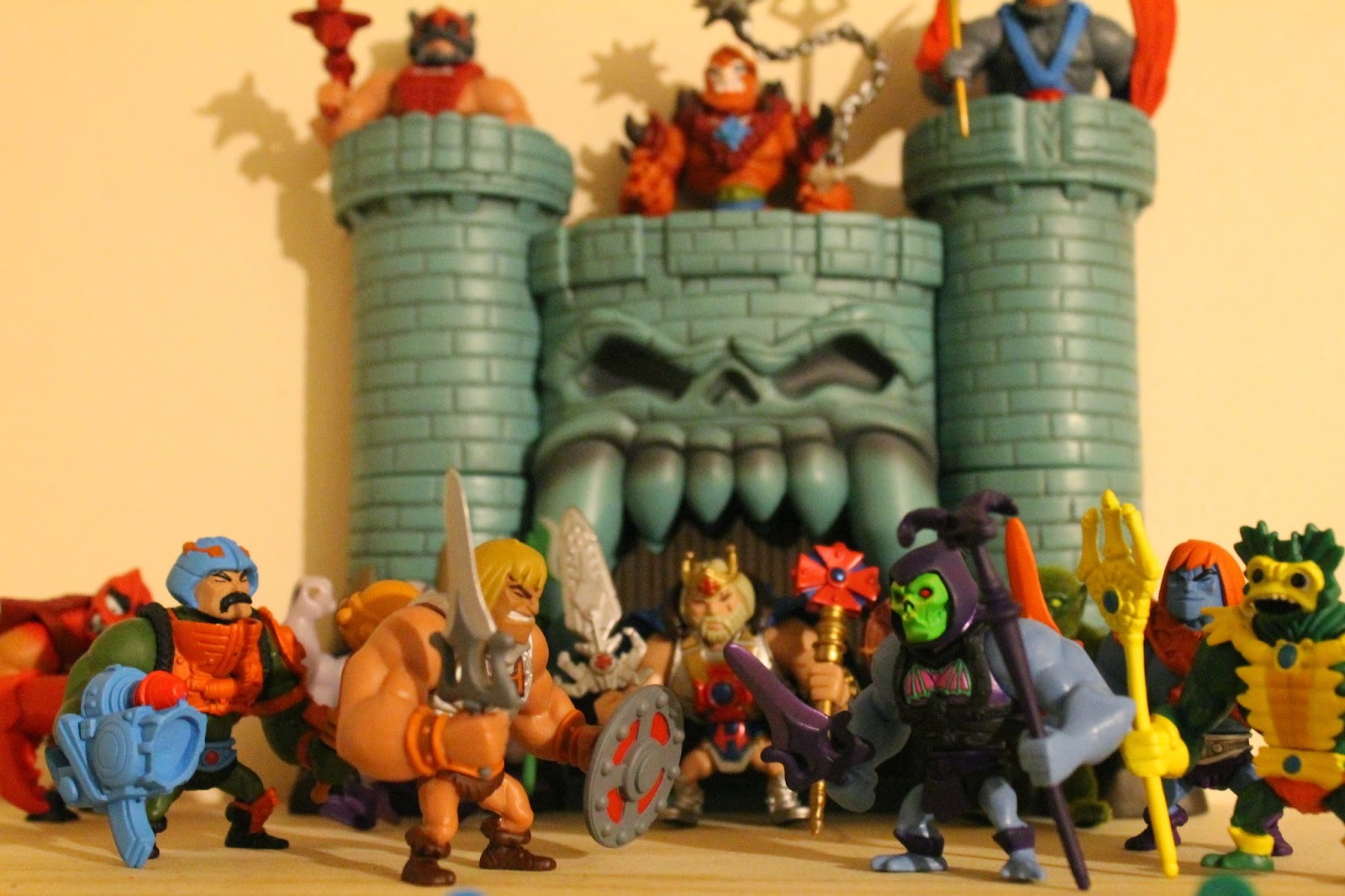 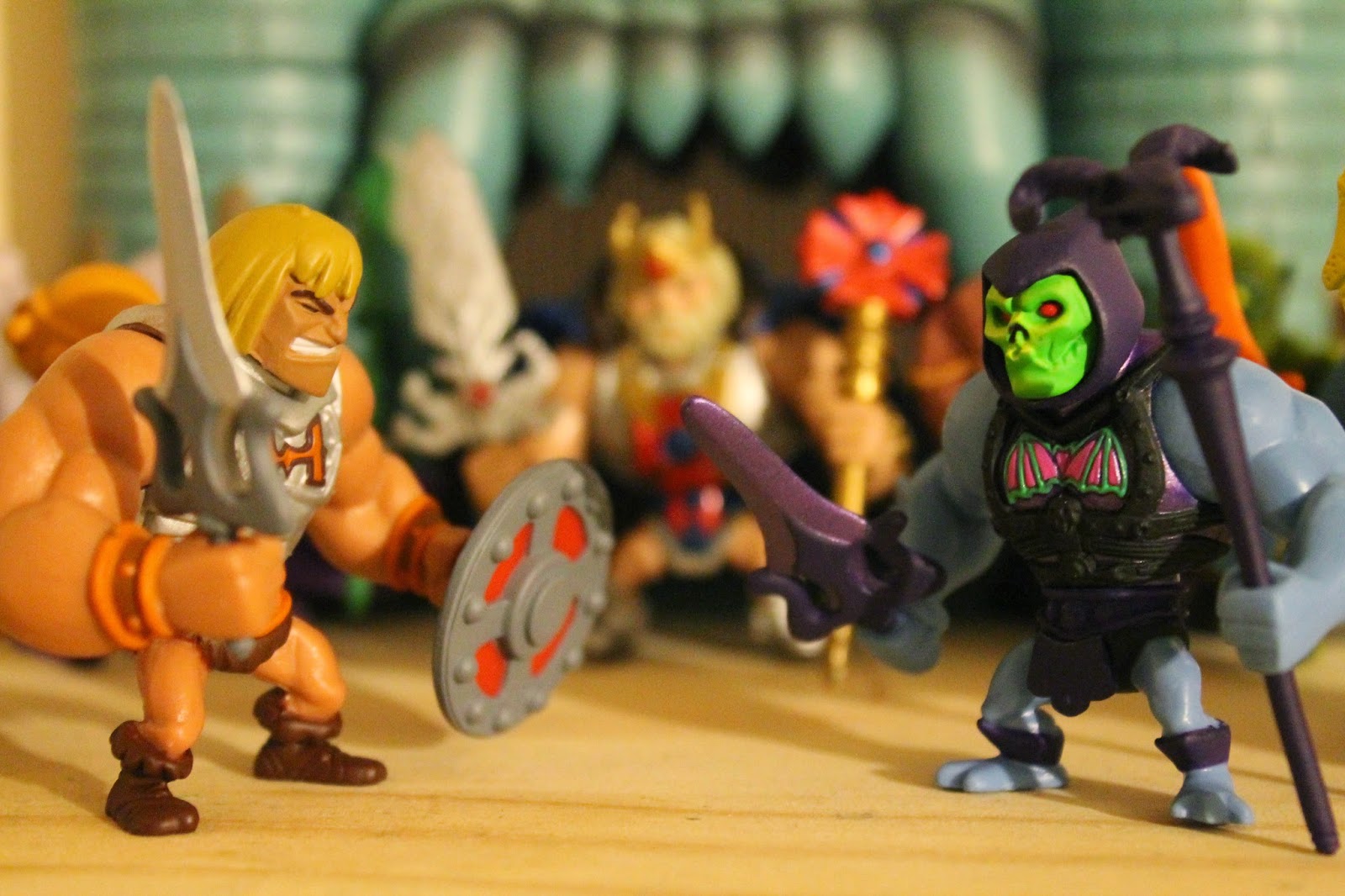