A £10 Evening In by Poundland

My cyber-pal Matt from Dinosaur Dracula posted back in February about his $10 Dollar Tree 'Party for one' (see. here).  I responded over Twitter to say that I'd produce a similar article at some point from the perspective of the British pound shop, in this case Poundland.

Keynsham Poundland to be precise.:) 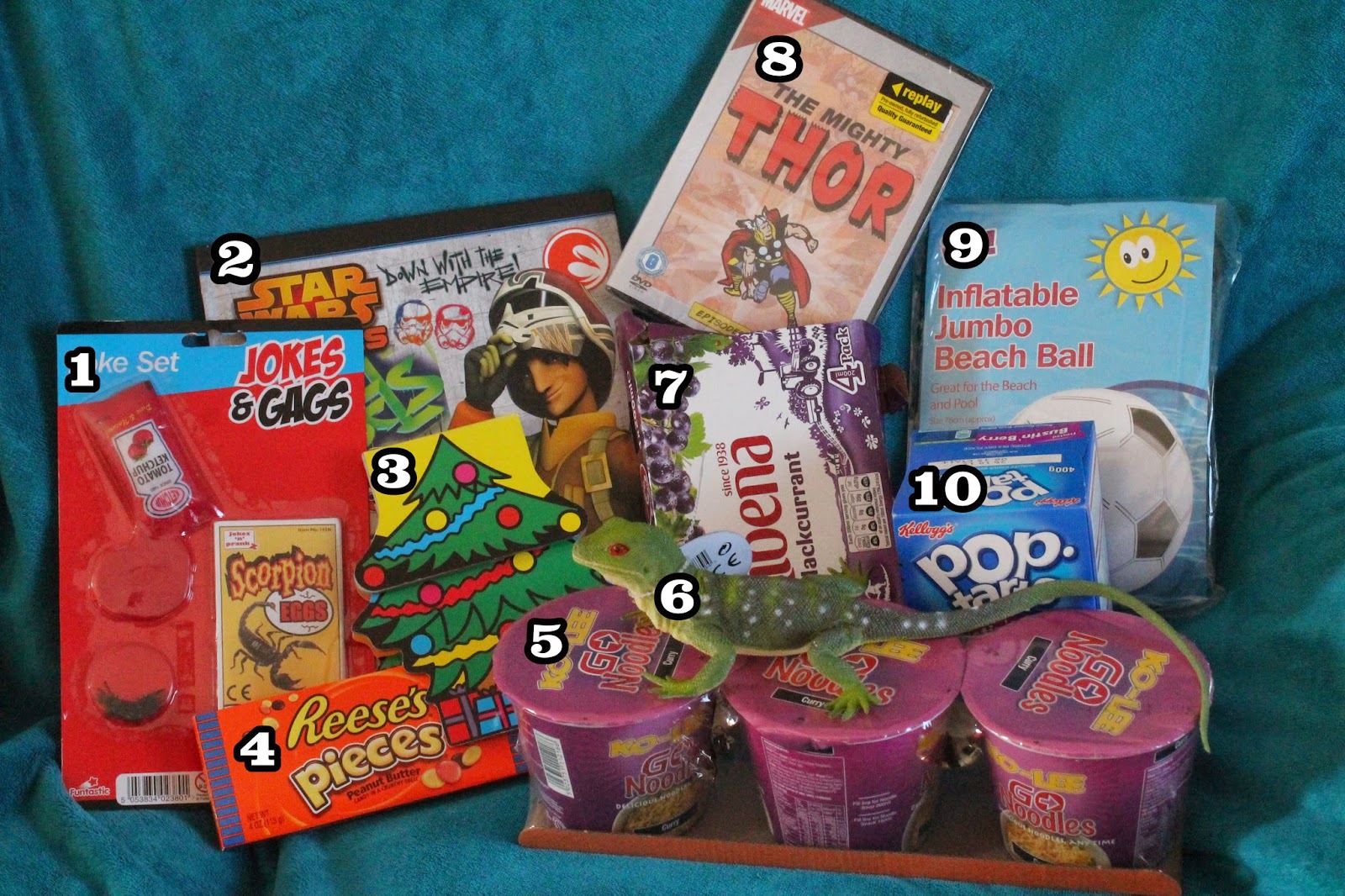 1.       Jokes and Gags: Joke Set.
Brought to you by Funtastic, the company responsible for many Transformers bootlegs formed in very weak plastic and other poundshop horrors. This set features a fake ketchup packet complete with fake spillage, a trio of fake spiders, and a packet of alleged Scorpion Eggs with an elastic band and washer inside. One of the better items from Funtastic, even though the Scorpion Eggs have a spoiler on the packaging.

2.       Star Wars Rebels 2-in-1 Annual 2015.
The clever gimmick with this publication is that half of the annual is dedicated to the goodies whilst the other to the dark side. Both halves are set apart by being printed upside-down from one another, coercing the reader to flip over when changing sides. The drawback with this purchase was that I should have bought something that included felt pens (like the Generator Rex puzzle pack I passed up in favour of this) as this alleged annual is more of a puzzle book. In fact… 98% of the content comprises of wordsearches, colouring pages and dot to dot. Still a good look if you like Star Wars Rebels, but the annual title is misleading.

3.       Christmas Hardback Book.
A thick carded book that contains images of Christmas, basically for toddlers to look at. Makes a great stand up 2D Christmas tree for decoration.

4.       Reeses Pieces.
This is the ideal candy for making peace with visitors from outer space, if the product placement in ET was anything to go by. A lot of Reeses products have been surfacing in the UK and us Brits are now able to enjoy the peanut buttery goodness.  Much better to pay £1 for these than 10-times for from a food importer.

5.       Ko-Lee Go Noodles.
You can’t beat noodles as a easy to prepare TV dinner for watching Inspector Spacetime with. The only flavour going was curry, so these must have been the least popular. Could have sworn these were also available in prawn and chicken. Fork also included with this just-add-water convenience.

6.       Jokes and Gags: Lizard
Funtastic have managed to pull off a non-cheap looking toy item in the form of this toy lizard. Sturdy plastic, good mould and scale too. Fun for mounting on the shoulder as a fake pet, and ideal for decoration. Favourite of the acquisitions so far.

7.       Ribena 4-pack.
It was the choice between this and bottled water. Whilst water is the better option on paper, it was a lot heavier to carry home. Ribena is the ‘bomb diggy’ when warmed up. Heavenly stuff!

8.       The Mighty Thor DVD.
A Home-video release of the charming 1966 motion comic serial. The show is compositioned like a series comic strip panel with limited animation that told a good fun story. The 50+ minute DVD contained 3 episodes and a good way to spend an hour. I used to watch The Mighty Thor (and Captain America) when channel 4 aired it on Sunday mornings in the mid-90s. Mighty Thor had a fantastically majestic theme song, and Loki sounded a lot like Care Bears villain Professor Coldheart. Did I mention the theme song? Oh the theme song…

9.       Jumbo Inflatable Beach Ball.
Inflating this beachball-sized soccerball was an exhausting experience. It was a good choice to include a physical activity item within this collection of junk food and junk culture. The ball does what it is meant to and a fun item to throw around the room that won’t damage anything.

10.   Bustin’ Berry Pop Tarts.
Sounding like a Ghostbusters promotion the UK will never get (thanks Krispy Kreme!), Bustin’ Berry Pop Tarts are basically a combination of berry flavors presented with a delectable purple icing on the surface. Good deal for £1, as opposed to paying £4.50 for the exotic American variants sold by Tescos online. Edible tat at its finest…

Hope you enjoyed this summary of a £10 evening of entertainment courtesy of Poundland. Who knows, we’ll maybe conduct the experiment again in the next 6 months with whatever new goods are on offer.  Feel free to experiment with your own maybe..

Please stick around for the 'exciting' photo highlights… 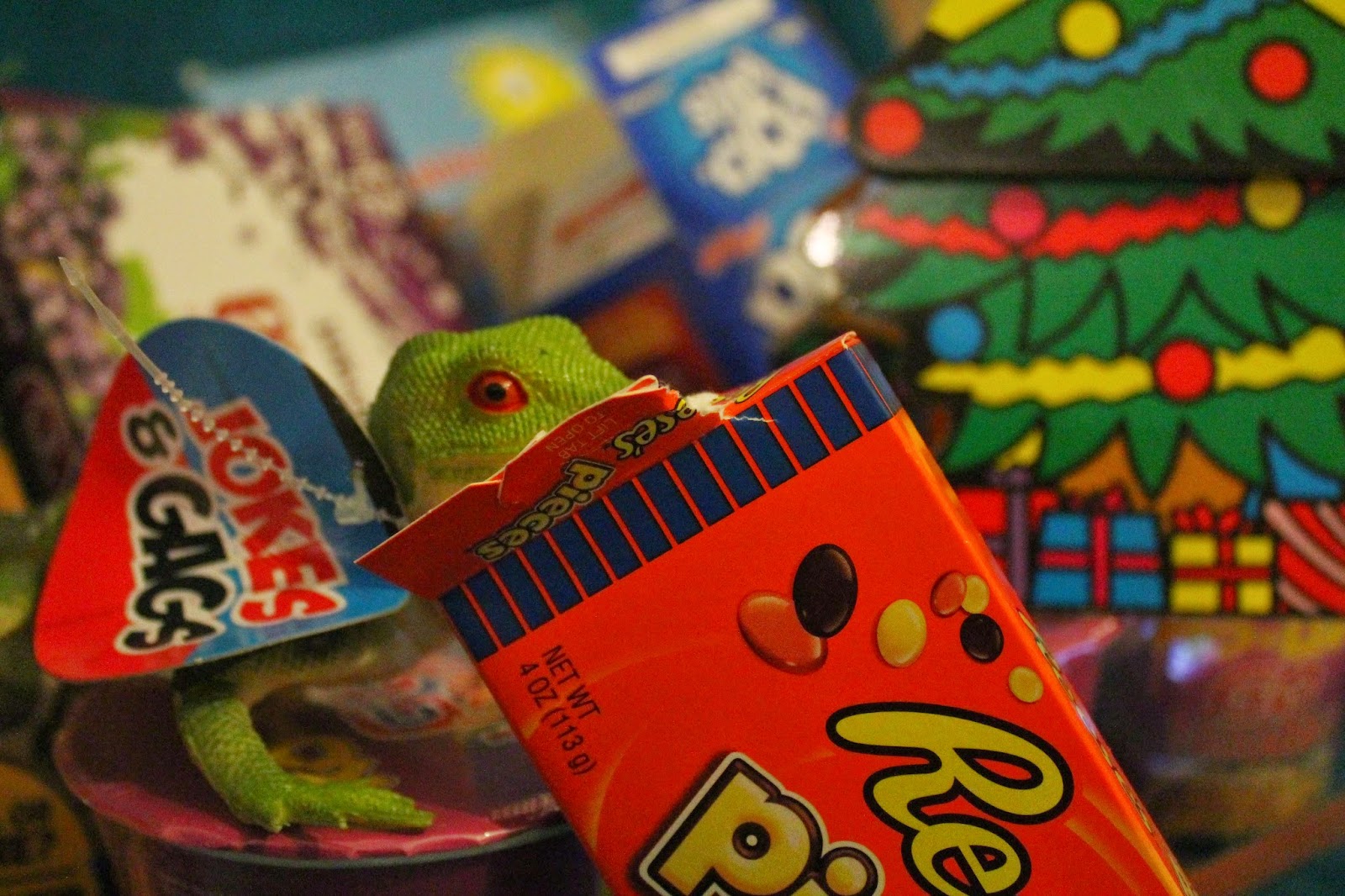 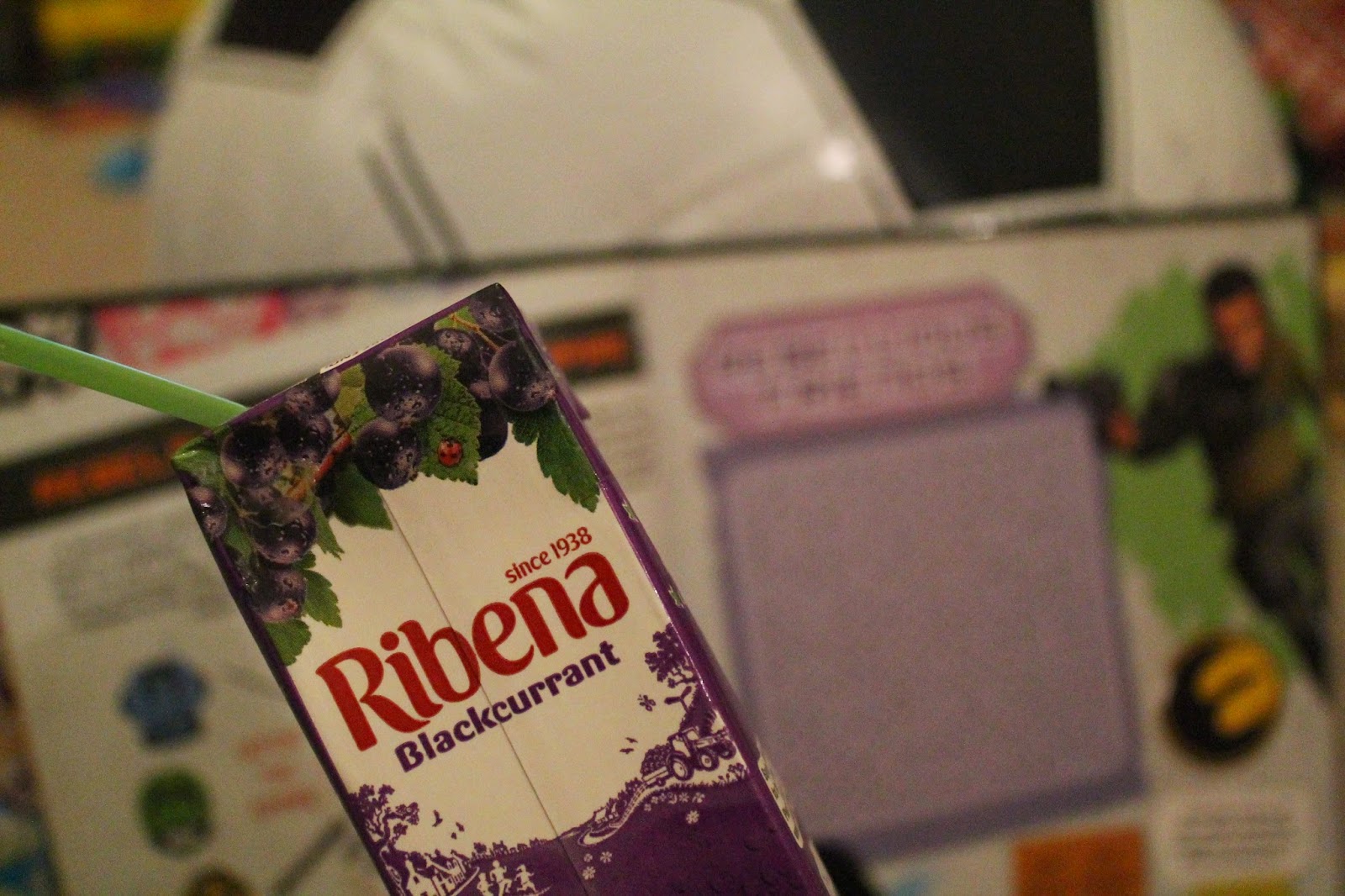 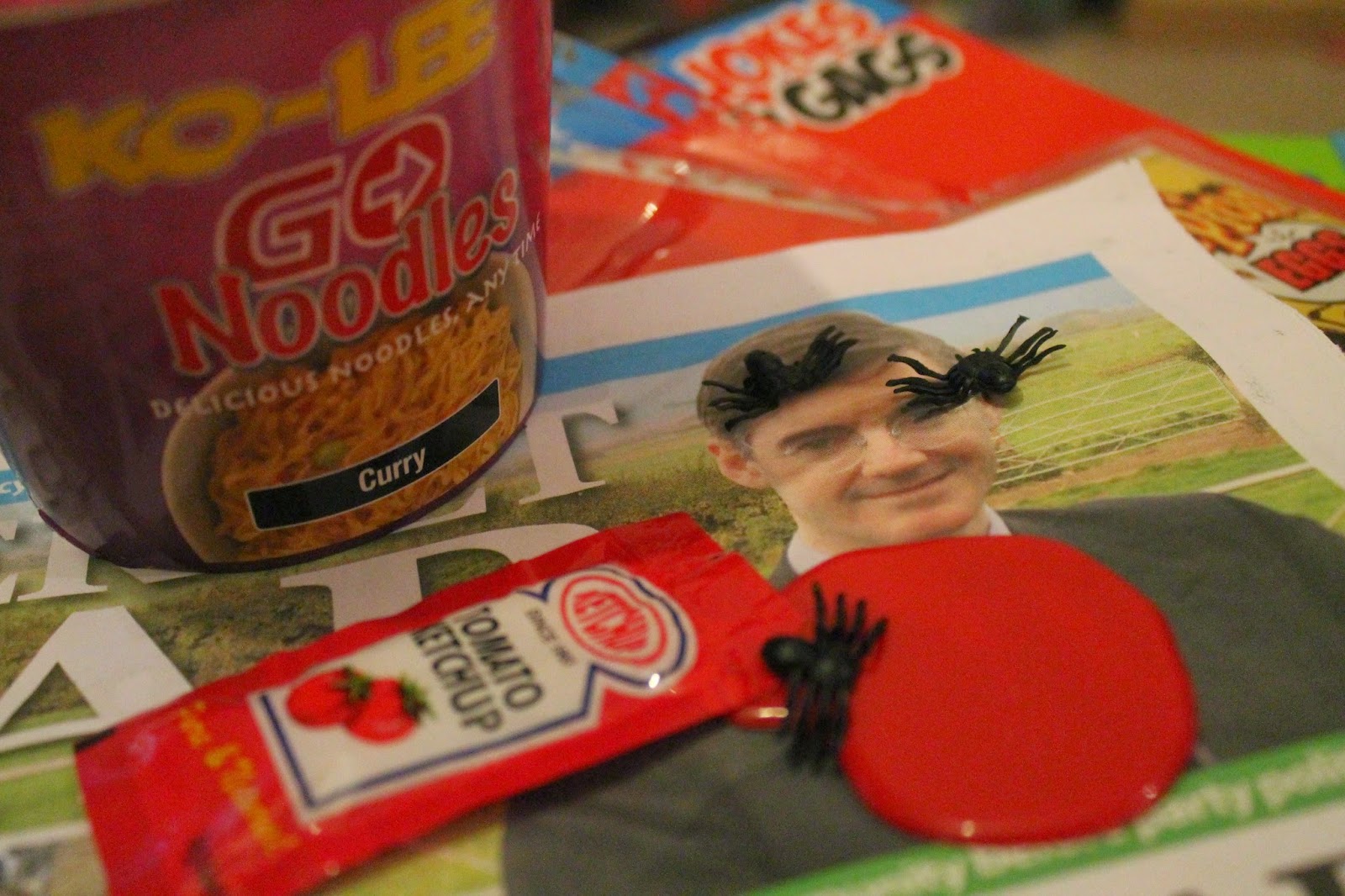 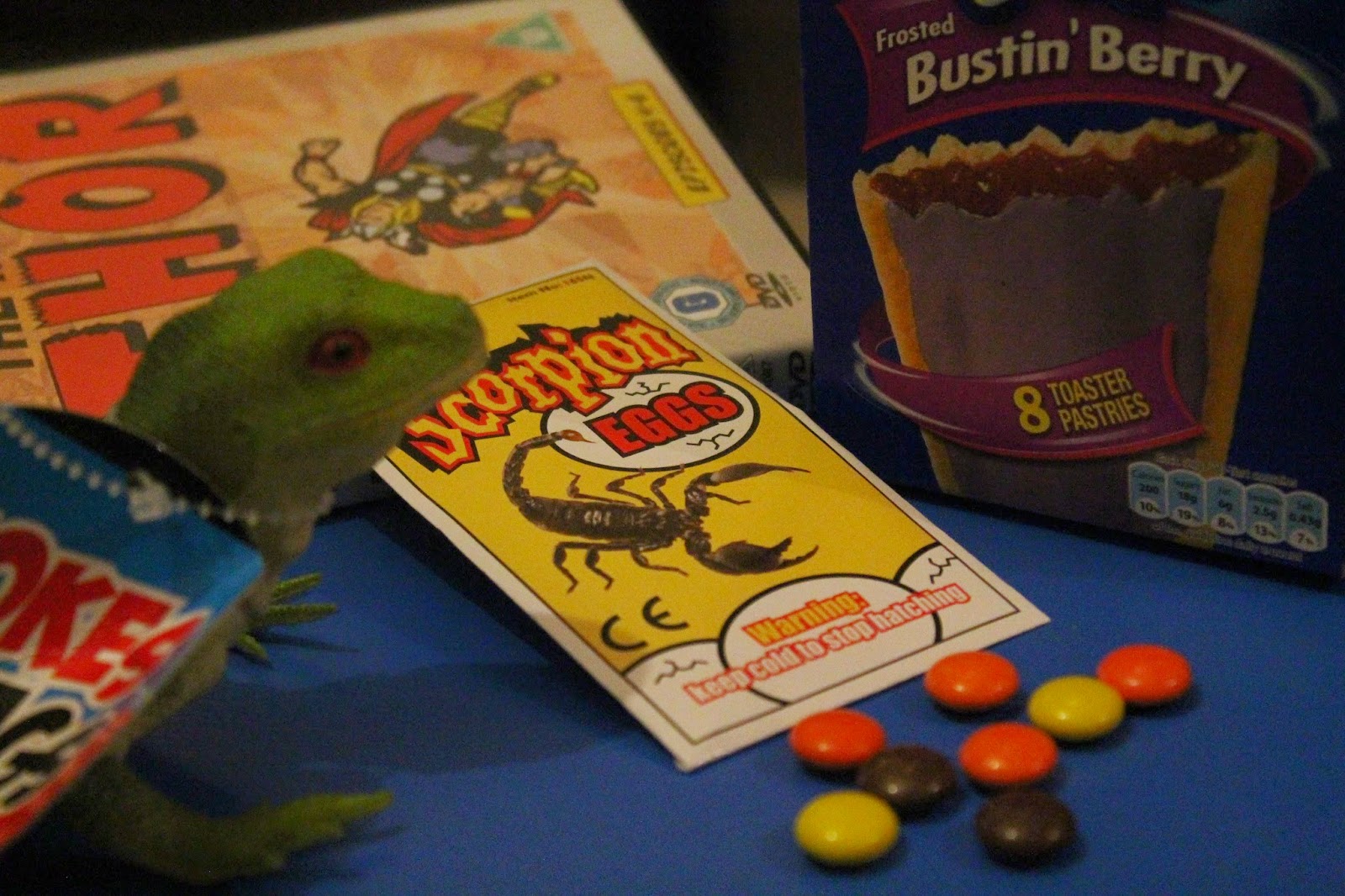 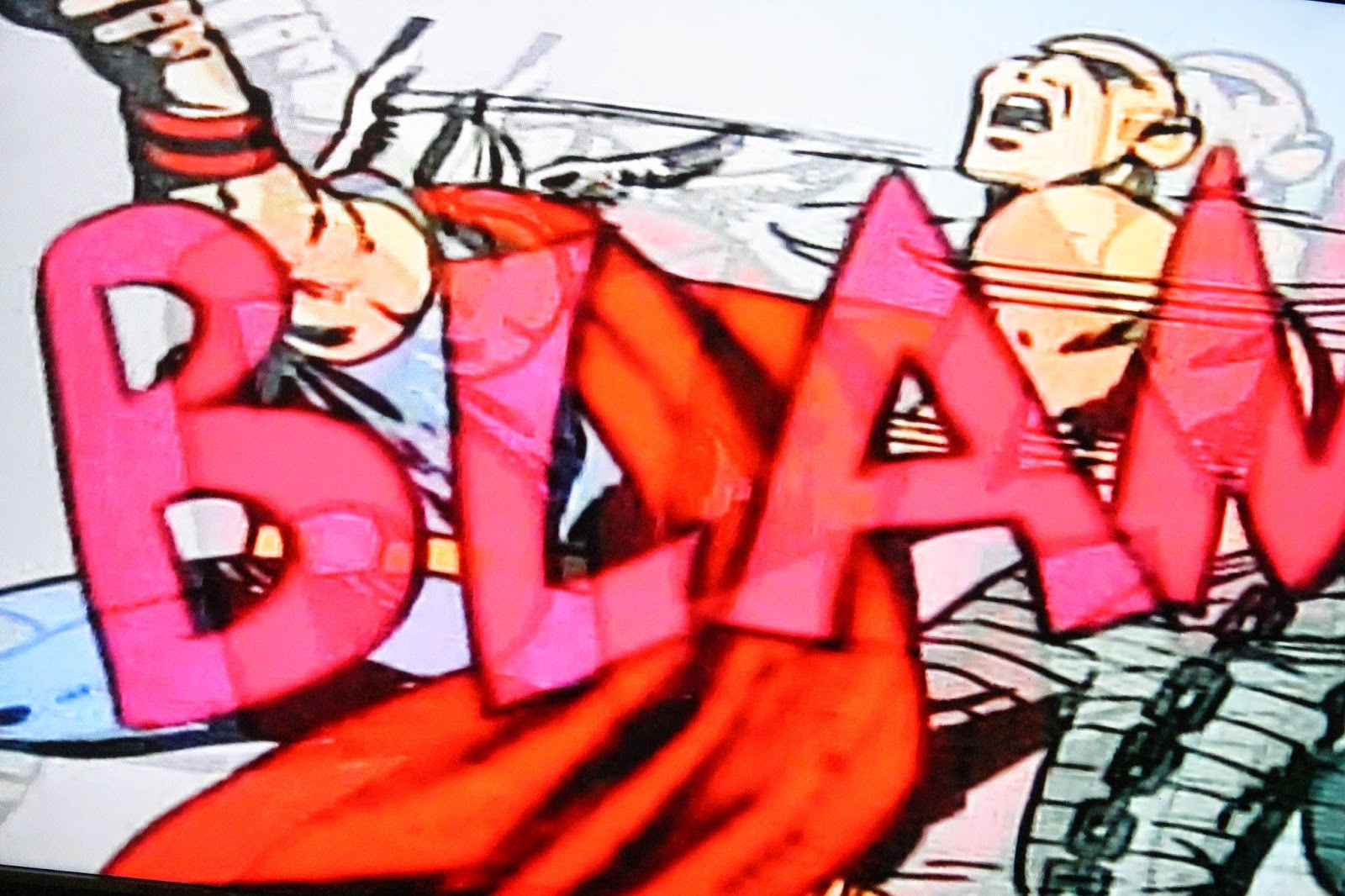 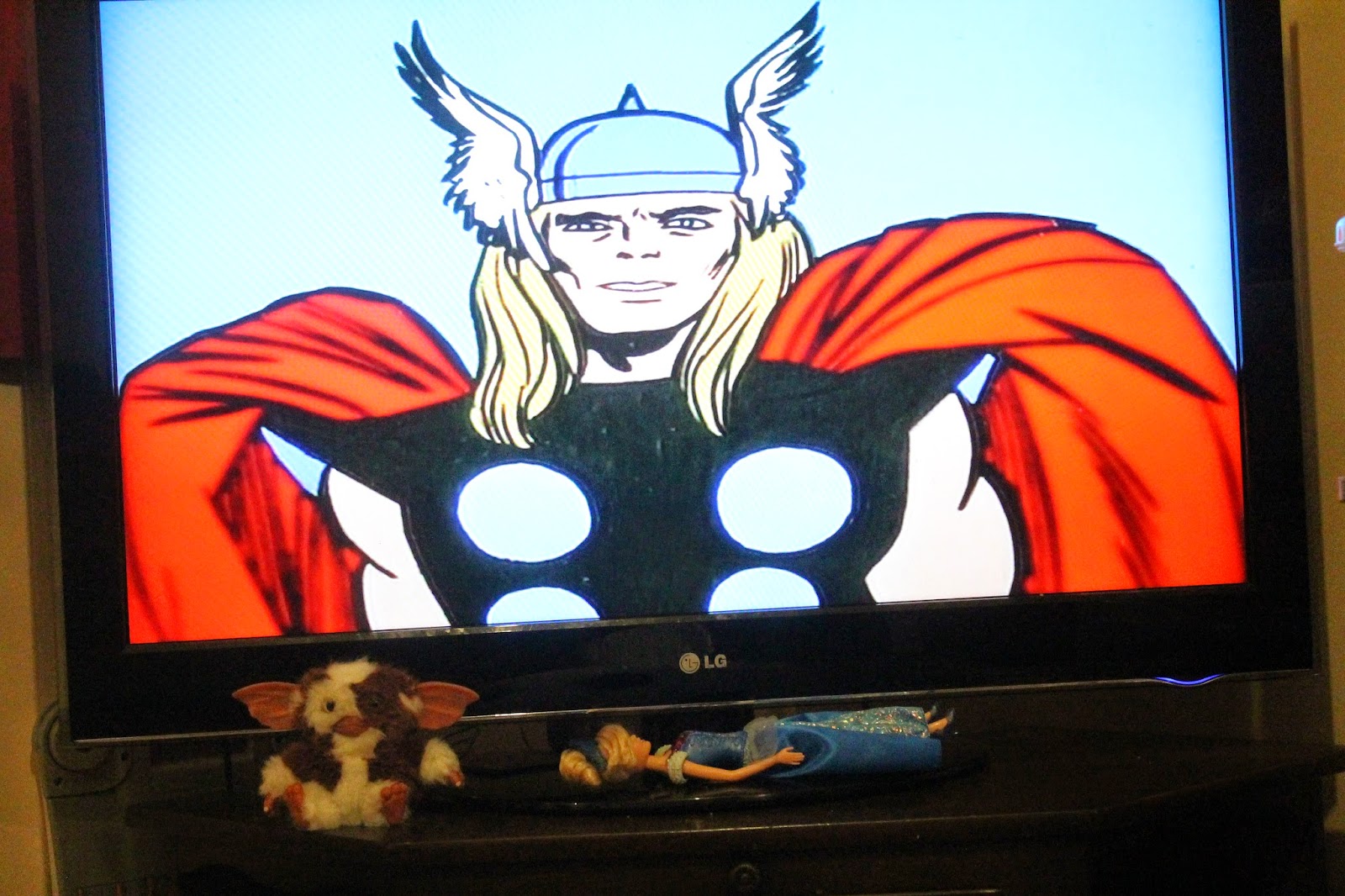