Before The Entertainer in Keynsham, the space was occupied by Rainbows Toys. Even the loading bay out back still bares a Rainbows Toys logo. Rainbows was popular, but its still good to have a local highstreet toyshop all the same.

Recently found is this product catalog for the Christmas 92 season. The Totally Toys logo also appears twice on the bottom so you don't forget it easily. Totally Toys are a separate highstreet retailer or possibly a sister business. They still have stores around the map, most notably a Bristol store I've been visiting long before Toys R Us started up business on British shores. More on them another time... 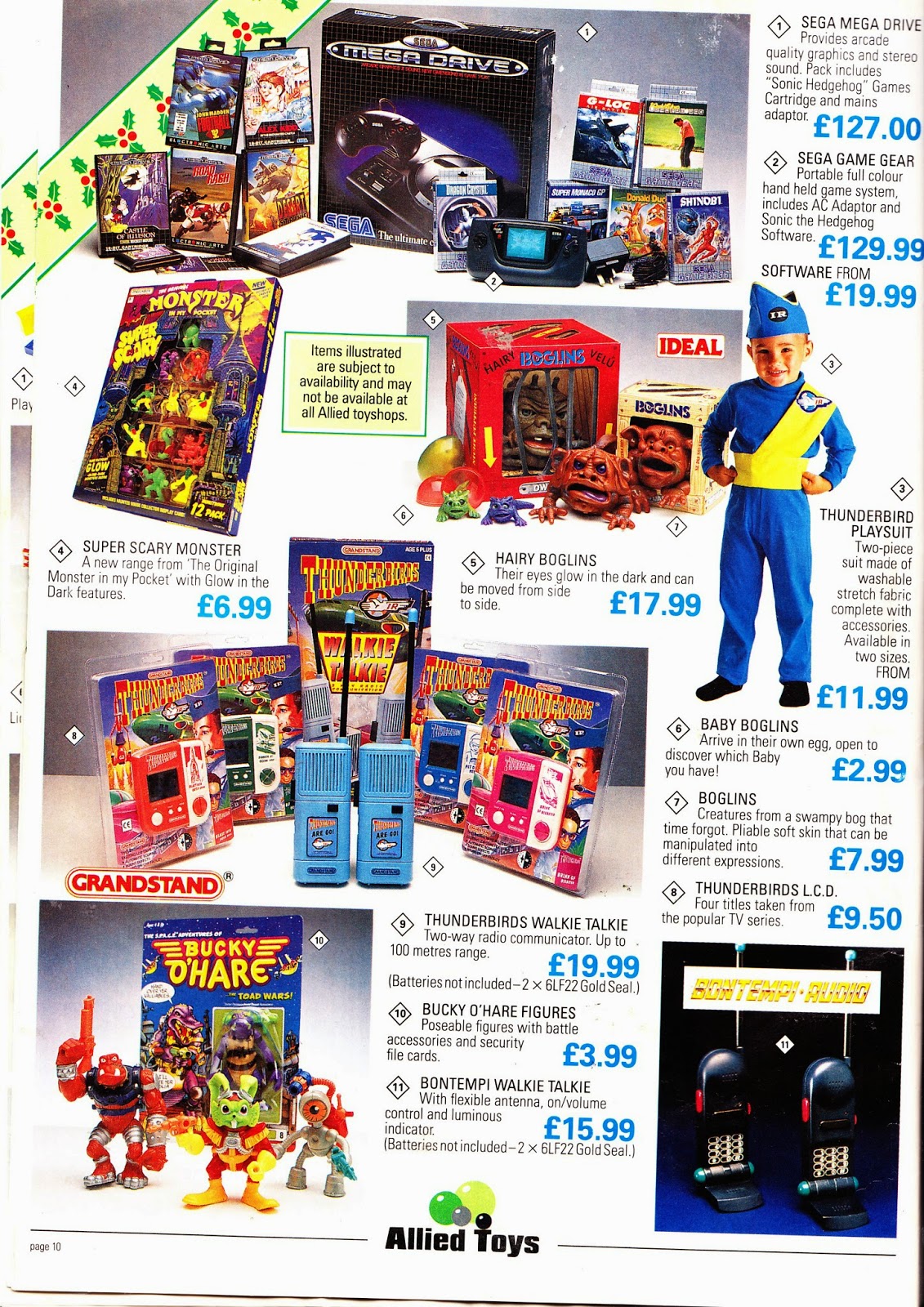 Monster In My Pocket is a top highlight on this page for me. I owned that boxset of series 1 minifigures back in the day. Bucky O Hare was awesome but shortlived. Loose figures from this series are still common on eBay, Car Boot Sales and other tat avenues. Thunderbirds is also an amusing sight, considering the recent revival. 1992 pretty much saw a rerelease rather than the 2015 makeover. Gaming goodness! Nintendo and Sega who were at loggerheads back then are pulled apart on separate pages. I spent most of 1992 saving for my SNES, and could have easily gotten one for Christmas but would have missed out on other presents. Come February 1993 and that awesome Nintendo console with Super Mario World (after hard work, enduring the paper round from hell) was mine! 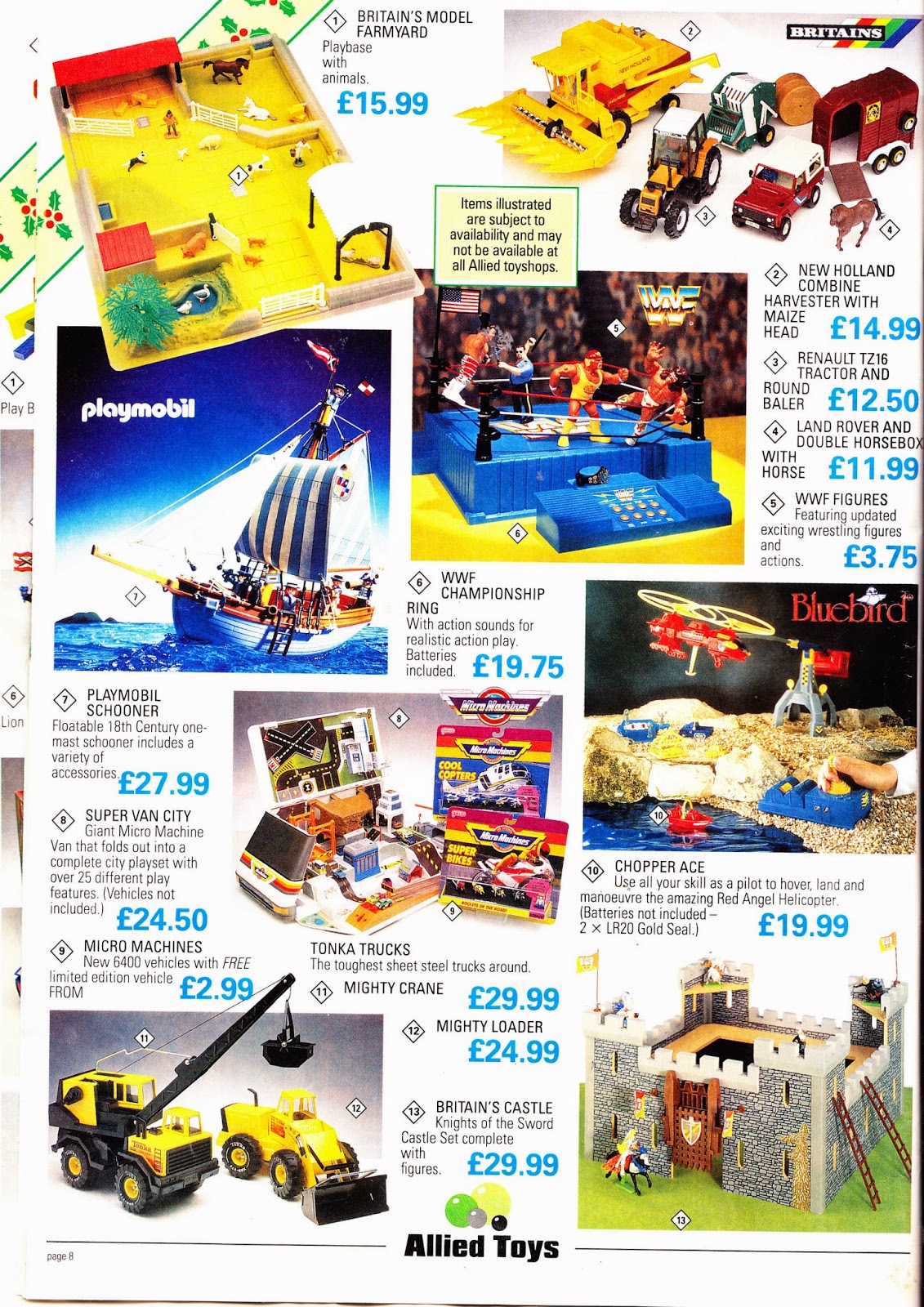 WWF action figures! Before a certain charity decided to fork out donations and funds on a pointless lawsuit; fans were allowed to call the number one wrestling brand by those initials. That £3.75 pricemark is also sorely missed. Average wrestling figures would now be more than twice as much. Retro WWF figures may not be perfect, but even after 20+ years they still have the same charm now they did back then.

The ring playset was pretty awesome to look at, even if a bit small. I felt the ring was also a little too expensive for what it was, so I actually built one with a wooden block that found its way home from Shop Class (CDT), some ringposts made from pencils and rubber band ropes. The ring alongside my Blue Peter TMNT sewer base is one of my proudest childhood creations, but sadly didn't last the test of time. Either way, I saved £19.75!

That wraps it up for now as far as Christmas catalogs and past toy listings go. A lot has changed since 1992 for both toys and games. In comparison a lot more recent products have tried to merge the two together with brands like Disney Infinity, Skylanders and Lego Technic. Would be fun to see where things go in a further decade or two. Either way, the request list for Santa to bring free stuff will still be as large as ever.