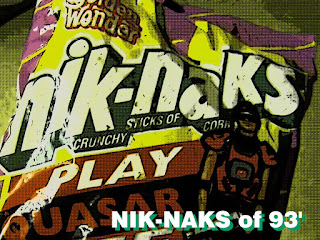 Pocket money snacks. Gotta love how the British pound used to spread far enough at the tuck shop to buy penny chews, GPK collector cards, some crisps and still enough left over for a bottle of pop (Panda Cola usually!).

A recent archival find this early summer has been a preserved packet of Nik-Naks from 1993. This very pack has been in storage and forgotten about for over the last two decades. We dare not open it, let alone taste the probably disintegrating contents. 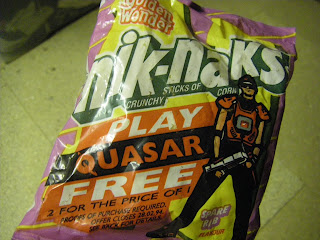 This particular Rib-flavored bag has a 2-for-1 promotion for the sensational laser-tag game Quasar! At one time Quasar ruled the roost for the ultimate social shoot em up experience - before broadband internet and Call of Duty became available. The armchair warrior was born and Quasar began to fade away... For some anyway. There's still a lot us kids from yesterday who hold on to that personal shoot em up experience as well those who've kept the surviving laser tag venues alive. 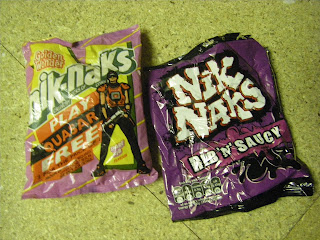 The design on Nik-Naks 1993 is pretty cool. Aside from the still-going Space Raiders and Transform-a-snax there aren't many crisp packets with cool bag print designs or promotions on them.

Over the years, 'Spare Rib' Nik-Naks have been re-branded as 'Rib n Saucy'. And, even though the design has polished look to it, it still doesn't look as trendy as its predecessor. 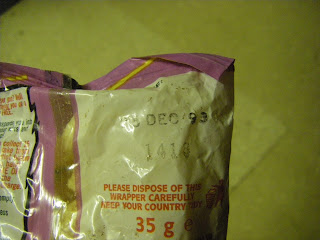 And there you have it. a brief trip to snack nostalgia and back! Mark our words! This won't be the last tuck shop treasure we will cover on Figured-Out!

You've either been warned or given a heads up... 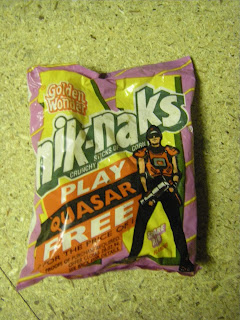 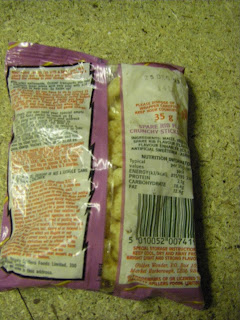