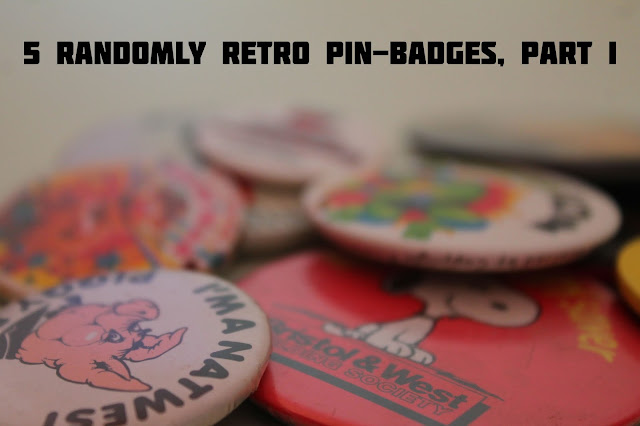 Ample pin badges are amongst some of the treasures I've accumulated over the years. These buttons are either promotional, collectable or fan club items. Some of these go back almost 4 decades with the rust on the back to show for it. 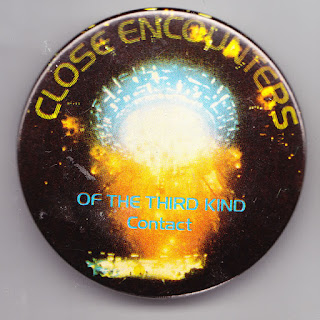 The iconic spaceship from the movie compositions well within this button. Unlike the motion picture, this promotional pin badge obtained from a picture house hasn't aged as well. The design is still intact, but the rust continues to get worse. Still a cool little relic to have. 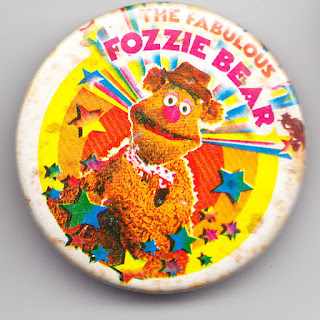 Muppets badges were among some of my favorites to collect. Well-loved characters, vibrant colors and fantastic design. This Fozzie badge was a personal favorite I wore on my jacket at Primary School. Wakka Wakka! 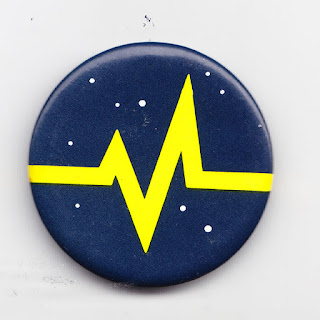 Clarks Hardware was the cool promotional shoe range aimed at the under-11s. The TV commercial depicting a boy zapped Captain N style into a video game battleground to fight enemy game sprites with 'Fit For Heroes' shoes was a successful sales pitch. This badge came free with every pair of shoes. The badge pictured is from my own pair of Hardware Sneakers. It was awesome! 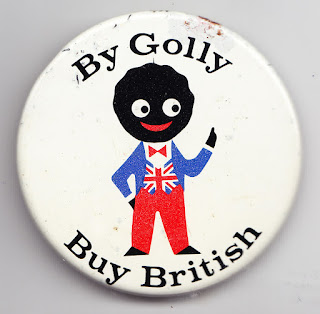 4. Robertsons Golden Shred, Buy British (1980s)
Probably the most controversial sign of the times badge I have. Whilst this is very un-PC and won't hold up today, it is is a piece of history and not one I'd ever wear in public or at all. The Robertsons Golly has long since been dropped (and rightfully so) from the brand. At the time the character tokens and badges were very popular with the public. (Extra source: http://news.bbc.co.uk/1/hi/business/1505411.stm) 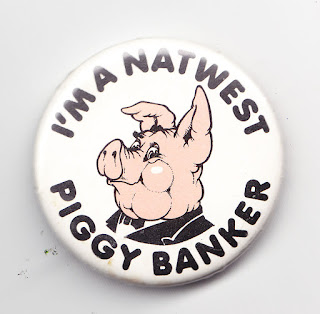 Natwest bank at one stage had a popular family of mascots aimed at the younger banker with a range of still popular character piggy banks, wobbly wallcharts and other fan club like merchandise. The adverts and 'piggies song' were also popular. The baby character was the most iconic of the bunch and his moneybox figurine also made cameo last year in a modern Nat-West commercial. In some circles this popular promotion from back in the day would now be deemed offensive and 'un-PC'.

That wraps it up for now as far as the badges go. There will certainly be more pinbadge purveying on the horizon for sure.