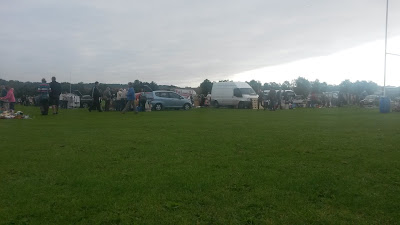 Its been a while since I've been able to hit the Sunday Rugby Ground Car Boot sales before the Summer season is out.

As you can tell by the distant photo, typical British rain was teased but didn't deliver. The Car Boot would have been hardcore and carried on relocating clutter regardless. 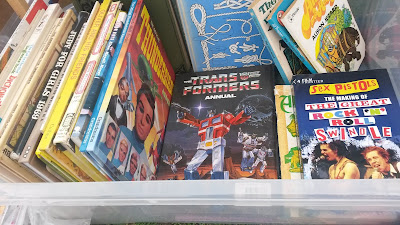 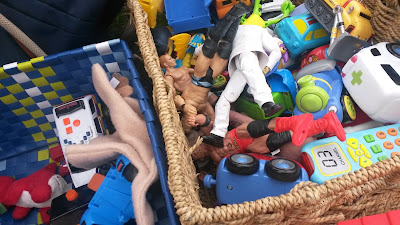 After an hour or so, I eventually left with a handful of vintage toy treasures and knick knacks. Among the loot of 2nd hand acquisitions the figure highlights included: Hasbro WWE Ravishing Rick Rude, some Smurfs, Dragons of Berk, an old Kenner Proton pack, Yet another R2D2 Happy Meal toy for the army build and a King Kong!

The rest are in the polaroids. See what you can spot... 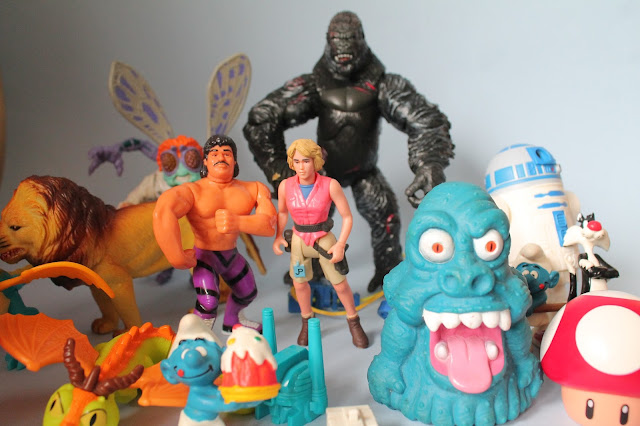 Some other bits and pieces I passed up, because I already had, I don't scalp or just simply don't need. No vintage Christmas Decorations on this visit either. That's a record! 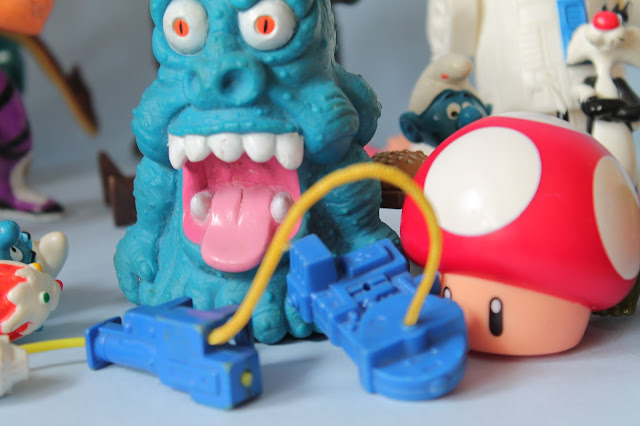 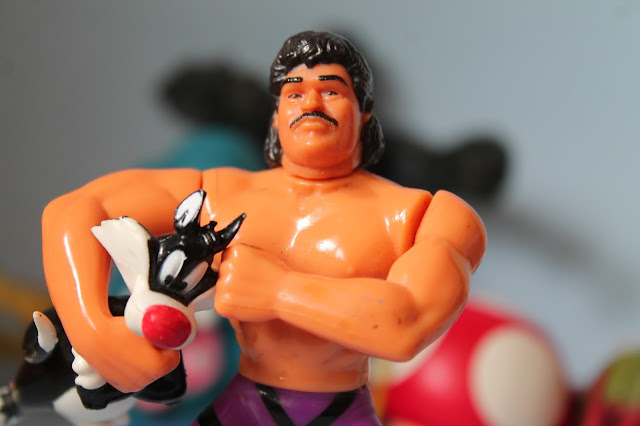 Now all that's left is deciding what to keep, what to let the kids play with and what to possibly sell on. Rick Rude is a definite a keeper! 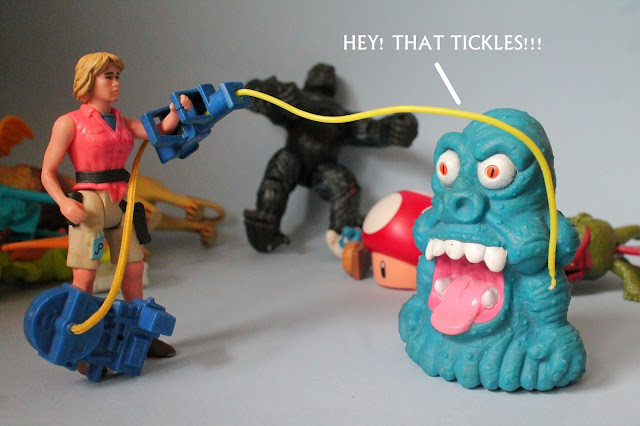