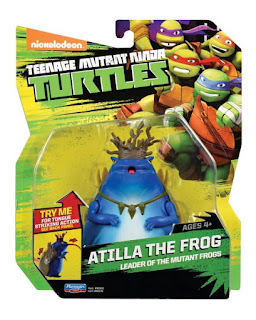 From: Playmates
Retail: £9.99
Accessories: None.

"Atilla The Frog Action Figure is the leader of the mutated frog family. Atilla is on a mission to expand the reptiles' power. By obtaining the mutagen that April's mum dropped in the forest he has a plan to build his own mutant frog army. His hatred for Turtles and humans cause him to try and eliminate April, Casey and the four brothers. However after a dangerous fire threatened the frog fortress and his mutant frogs, the Turtles, April and Casey save them and the alliance between Turtle and frog was born."

One of the most awaited Teenage Mutant Ninja Turtles action figures of 2015. Attila has finally surfaced, and seemingly in UK stores first.


Unlike his Hawaiian shirt wearing namesake of TMNT past, this newer iteration of the character is depicted as a burly mob boss (voiced by Maurice Lamarche) and leader of the Punk Frog tribe (The Croaking, episode 3.04). Attila is most notably blue in appearance and likely based on a poison arrow frog. 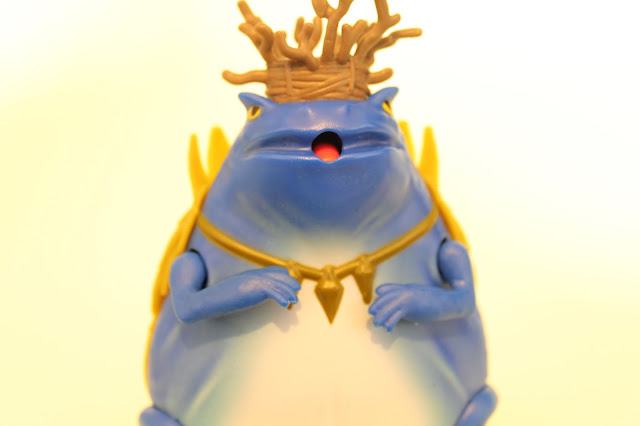 The primary selling point of Attila is his lever activated tongue gimmick, hence the poison arrow idea. Sealed in package, there is a “Try Me” feature where the back lever is exposed via a gap in the backing card. Probably a first. 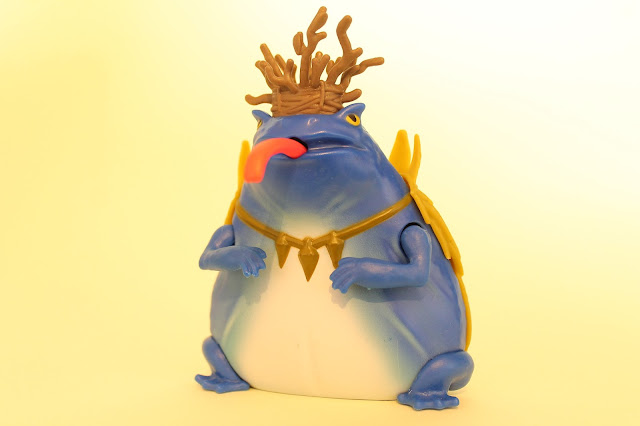 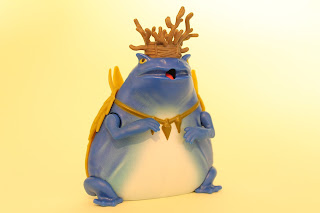 Due to Attila's round portly design, there isn't much to be expected as far as articulation goes. The arms move and the tongue moves (thanks to the play feature) - but that's about it! Attila comes across as mostly static as a result and could easily be mistaken as a MacDonalds Happy Meal toy. The moving tongue play feature redeems some action in this action figure and is almost a saving grace.

Playmates have executed a reasonable colour-palette with Attila. Whilst there is always room for more depth, some effort has been made with a shaded belly and colored in key design features such as the birds nest crown, tribal necklace and leaf cape. The main aspect that's missing is the black spots as seen on the other Punk Frogs animation designs. In comparison, Monkey Brains, another figure who was released around the same time did not receive as much attention with colours as Attila (especially the lack of purple trousers). Rockwell in the plastic certainly drew the short straw, and it shouldn't be like that. 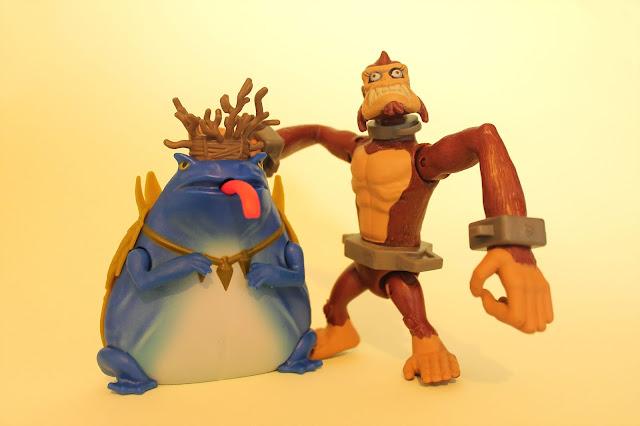 Attila The Frog is arguably the lowest quality action figure in the Basic Turtles assortment yet. Despite the initiative of interactive packaging, the overall offering feels like a Fast Food promotional toy packaged as something else with the price tag to match. Buying Attila The Frog depends on whether you like the character or not and won't mind being shortchanged for it.

On the plus side, it is good to see another mutant on the Team Turtles' side of the fence to tip the ratio a bit. 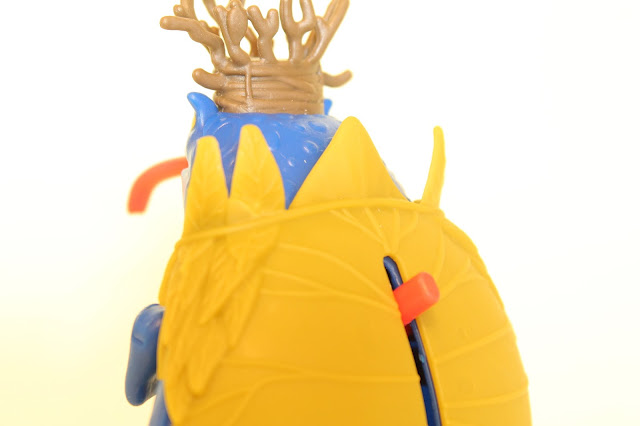 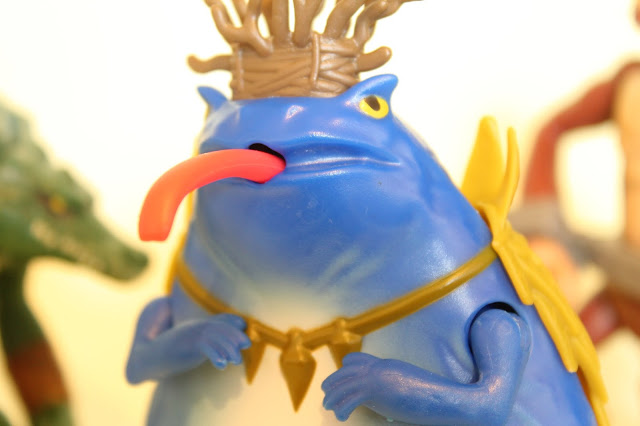 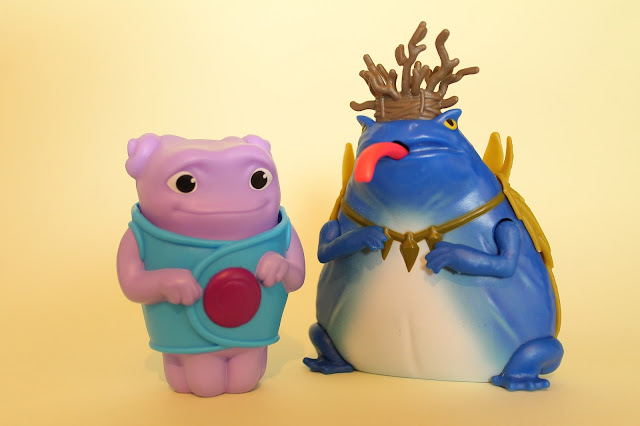