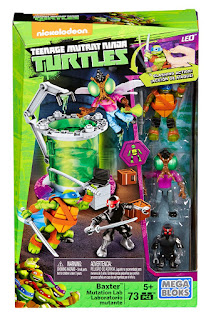 Re-aquiring the TMNT license for construction play may have been the best move Mega Bloks the company has ever made!

For the previous couple of years the boys in green had a successful stint with the Lego brand, but the tenure was not meant to be. In came Mega Bloks for the save and a new beneficial partnership for both names was reborn. TMNT was saved from possibly playing second fiddle to Star Wars and Mega Bloks gained praise from the fanbase for producing some arguably better playsets and figures in the process.

So here we look at the Baxter's Mutation Lab Playset. The box proudly displaying a product image of the assembled setting and in the corner a window-boxed area showing the 3 figures included – Leonardo, Baxter Stockman and a Foot Ninja! The back of the packaging makes this purchase that little bit more mind-blowing by revealing the set technically has a 4th figure! (via swappable extra limbs for Baxter to make him into his original human self). This certainly pushes the envelope a little further on something that would likely be 3 times more expensive if it had the Lego scribed on it. The figures alone make it more than worth the original $14.99 retail price. 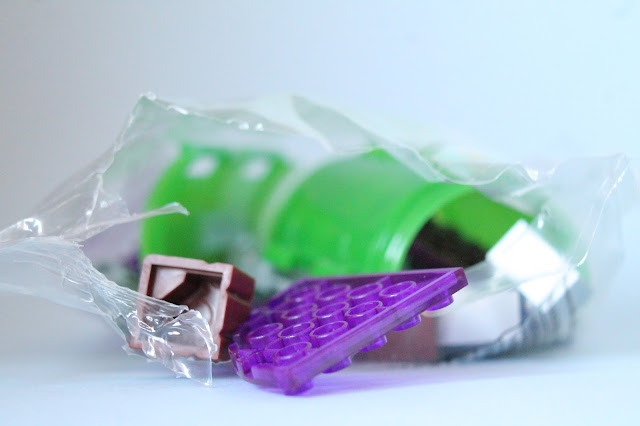 The Leonardo figure being the featured Turtle is the standout. Leo even has a shellback button activated moving arm feature to create some sword slashing action, although with just the left arm. The Foot Solider is more or less an extra 'army builder' toy and is armed was a sword as well, making him a sparring partner for Leo and his katanas over the cowardly Baxter Stockman. As mentioned before, Baxter Stockman is pretty much a 2 in 1 figure with swappable parts and removable wings to alternate between mutant fly and scared scientist. Stockman is also equipped with a beaker and laptop that even folds up. 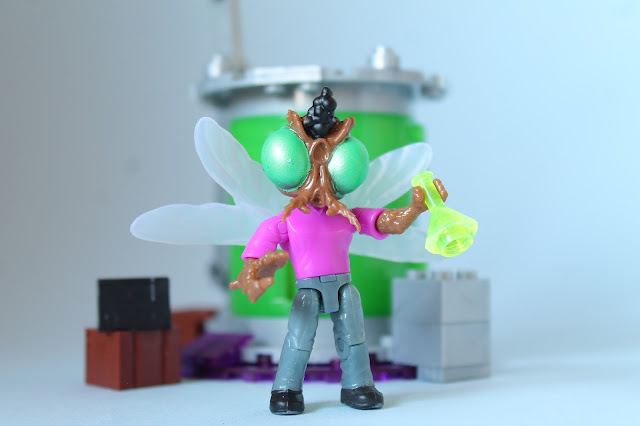 The set itself is very easy to assemble and rewarding on finish. The rotating container and movable robotic claw make this more than just a background piece of scenery, but rather a prop that interacts with the figures included. The ooze container even without any play ooze is the nearest equivalent going for a gunge tank toy in building block form. Its impressive! 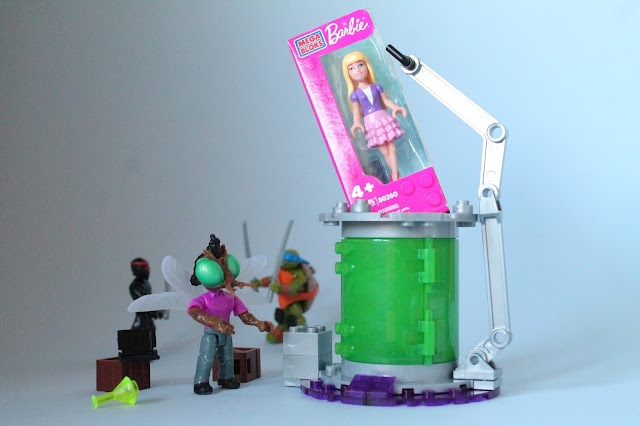 If you are curious about this 2016 wave onwards of TMNT Megabloks, I recommend the Mutation Lab highly as a set to start out with. The balance of this is just right! 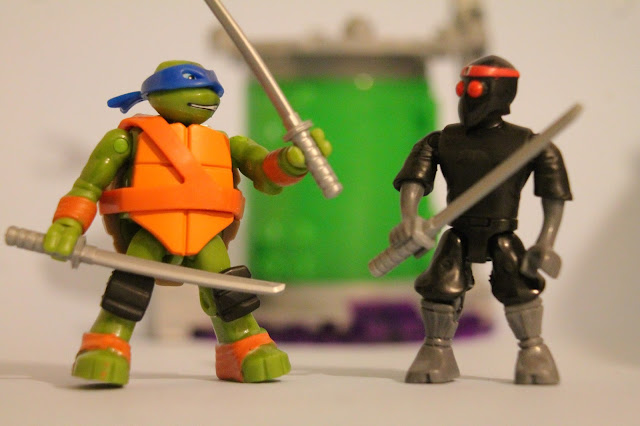 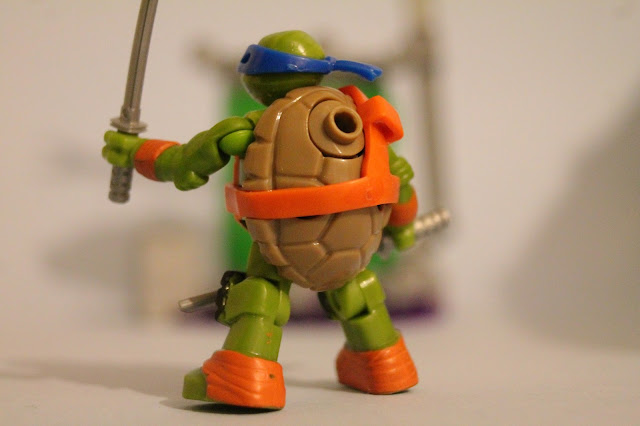 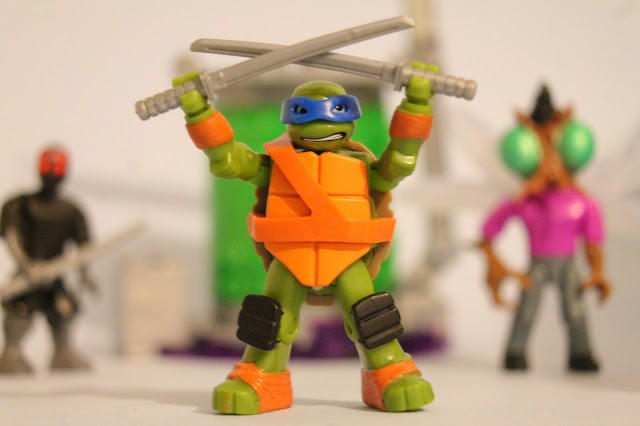 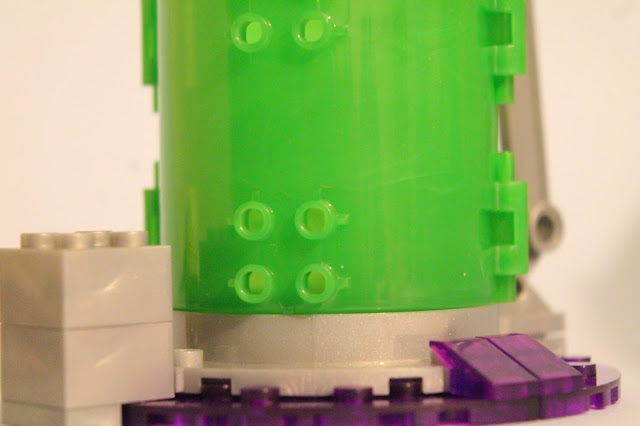 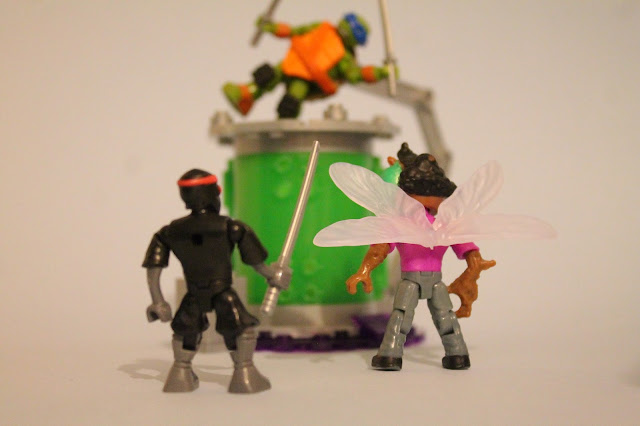 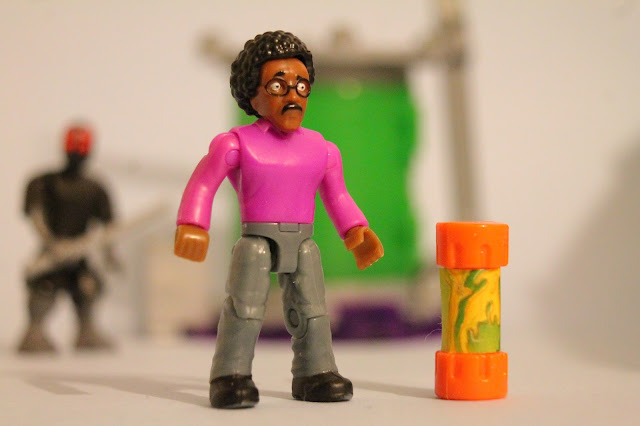