And if you give a hoot, that's a bonus!


You'll find a mini Casper revival through Candy sticks and Marshmallows, pound shop junk, non-pumpkin-scented Halloween candles and a very cool Skeleton laser sword amongst the treasures captured on a fiddly mobile phone camera. Most of what has been showcased here is available at the nearest Poundland and Home Bargains.

On a side-note, I am happy to hook up pals across the pond with UK junk as part of a trade deal. Seriously!

Posting again soon with more random items from the depths of the discount store. Stay posted!
Posted by: Hero_UK Posted: 14:26 No comments:

Email ThisBlogThis!Share to TwitterShare to FacebookShare to Pinterest
Labels::: 2017, Halloween 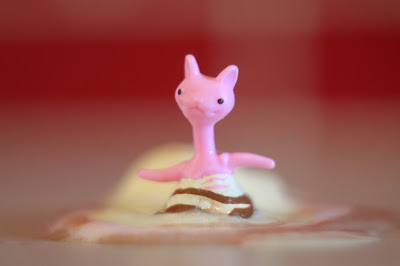 One of the most saught for characters from TMNT 2012 to be turned into a figure was Michelangelo's pet "Ice Cream Kitty". Thanks to the Mega Bloks range, fans got thier wish and an ICK figure became of-sorts a reality!

Part of the 'Kitchen Chaos' building set, this was the crown peice fans and collectors wanted.

In irony, we had our kitchen gutted and rebuild earlier this year and I took this photo on the new work surface. It was a Christening unlike any other... That effect is also real neopolitan ice-cream and made quite a mess. It was all worth it.
Posted by: Hero_UK Posted: 14:18 No comments: 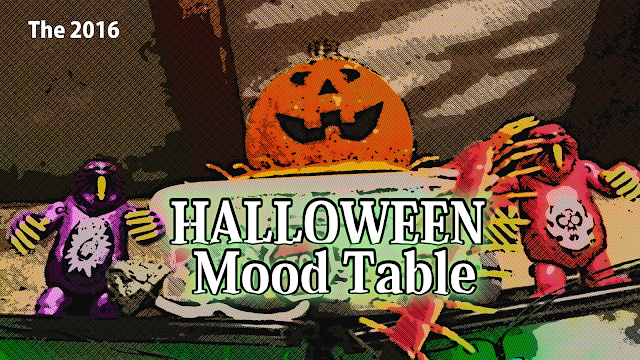 A bit of a belated Halloween post since the ever popular 2016 was pretty much a 'gas leak' year for this blog. Real life has a tendency to get in the way. 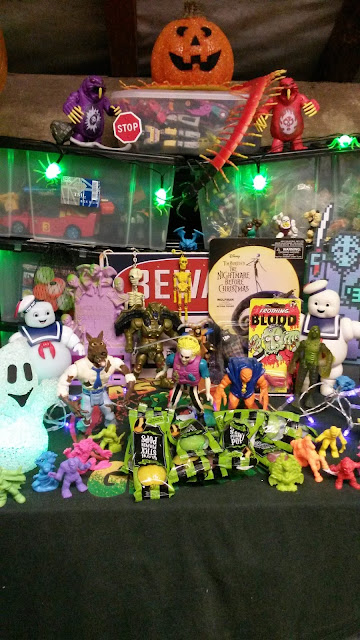 I did during 2016 put up a mood table for Halloween that year. Pretty much the same fare as last years first ever effort, cept with new additions. In addition I also made a brief Instagram demo video or two to the tune of Monster Mash by The Groovy Ghoulies.


Outstanding features included an electricity globe, a laminated 8-bit Jason Voohees, Dream Beavers, Rita Repulsa with Goldar as her plus one and many more tidbits you can spot in the photos. Some old faces have returned from last years offering along with some new additions. 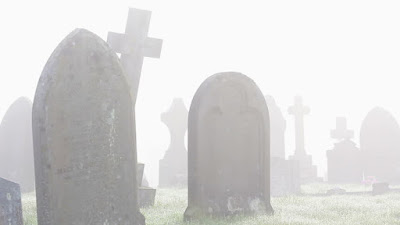 Just a heads up to say that we are not dead. We kind of took an impromptu year off.

Time to clear the Spam-Bot invasion off the comment sections. Keep surfing in.