Four years have almost passed since the previous Night In byPoundland article. This 3rd and probably final chapter has been put off for a long time and finally another Tenner has been wasted on cheap tat to make this article a reality.

On this occasion, it had to be a tenner well squandered - and in Poundland that is a task and a half! I made it to my local store with only 10 minutes before closing time and had to think hard and fast to make this haul as decent as possible! This time round, the items had to at least be usable with one another under the duress of closing time and duality of spontaneous but well thought acquisitions.

Making its return from the previous Poundland writeup is the aqua green/blue Sherpa blanket that provided the backdrop for the items.

Here’s a rundown of what made its way back to HQ. 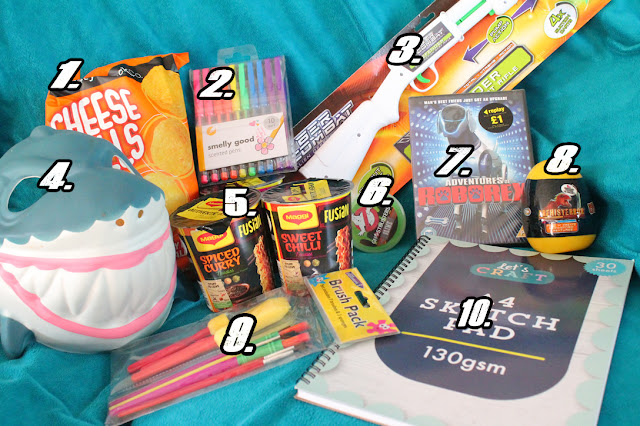 A popular Poundland snack stocked at the shelves nearest the tills. There’s also a Beefy Balls variant for which many store patrons chuckle over. Those were out of stock, so Cheeseballs it was!

To say this product stinks has a double meaning. A pack of low quality gel pens that could have included more colors.  Still, something to write with (if pressed down on hard enough). Jumping ahead to entry 9. I wished I’d have chosen some paints instead.

A Laser branded plastic rifle that fires rubber darts. The cheap plastic this was made of made for a lot of jamming. Nerf Darts actually fired better to a degree. There’s no danger of “Shooting your eye out” with this toy firearm, in fact no shooting at all.

If only these were out a year or two ago. These would have made great for Sharknado viewing parties. Still, Halloween is round the corner at the time of this purchase and my Street Shark low-budget cosplay could be sorted! 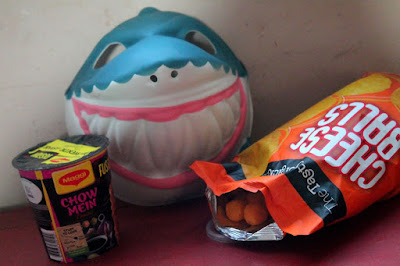 A staple of tatshop nights in. We’ve had noodles before on a previous Poundland article, but this is a different set of 3. Sadly, not as good though.

This is no way a patch on the Kenner Ecto-Plasm from the 80’s, but works nicely as a no-frills container of Slimer Slime with the Ghostbusters branding on. From what I gather, these don’t retail outside the UK/Europe. They’re also the perfect size for stocking fillers!

7. The Adventures of RoboRex DVD.

How anyone can title a standalone movie “The Adventures of…” is hard to figure out. Starring Farscape’s Ben Browder and the guy who played Nelix in Star Trek: Voyager amongst a cast of kids and a CGI Dog and Cat. Oh, and a real dog too. It was either buy this riffable DVD or one of the Step Up sequels. Roborex almost deserves an article on its own. Here’s the trailer. 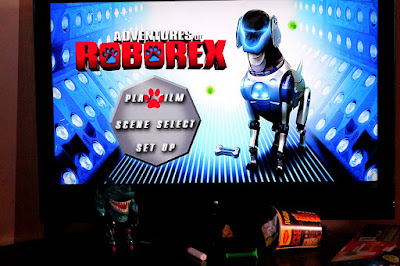 One of the better items in the bunch! The label advertised a “Folding” dinosaur inside, whatever that was. The dino in question turned out to be a transforming sauropod figure that could fit back in the egg like a Transformers pretender shell. The shell works quite well with the Ghostbusters slime for added effect.

The Smell Good Pens aside, these are the most dud item of this haul. And when I mean dud, I mean that these don’t have any use with the other items unless imagination really pushed to. Still awesome for painting endeavours on other projects though.

Now, I really, really do regret not choosing paints over those awful pens. It would have brought this and the Brush Pack into full circle. This sketchpad is spiral bound, and better keeping together as a book rather than tearing out pieces. I mean, who wants a raggedy edge down one side of a masterpiece illustration?

So there you have it. This probably is not the ‘all bets are off’ threequel article I hoped this would be but I’m glad we got there in the end. 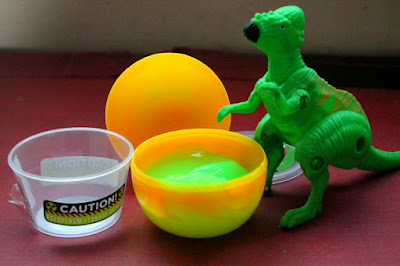 As for Poundland spending, this probably isn’t the end. There’s always a need for trashy items to suit a trashy occasion.

As for the misadventures in tat-spending, I have charted a new course and set bus fare aside for Brislington where a brand new B&M Bargains has moved in on Toys R Us’s old turf (Yep, the one with the rude staff on Force Friday). I foresee different ranges of tat treasure waiting to be acquired and rambled about. 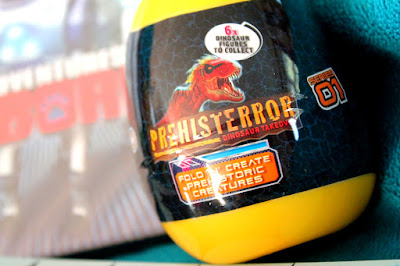 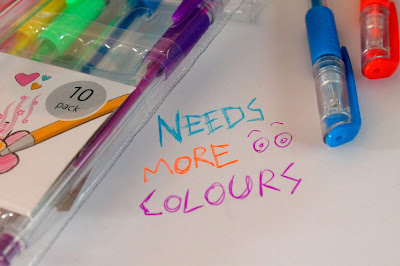