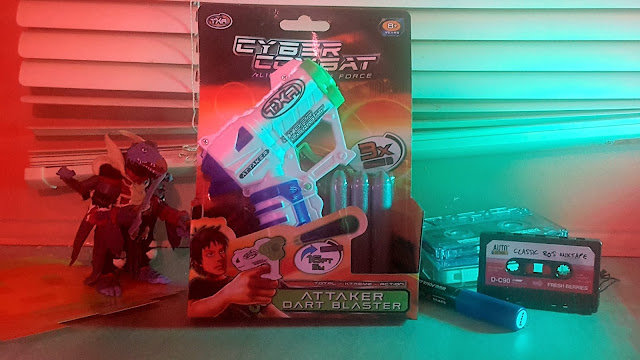 Whilst on a random return visit to Poundland, this fun little 'Nerf Knockoff" caught my attention.

And when I say Nerf Knockoff, I mean this little dart firing gun is an uncanny attempt at replicating the Nerf N-Strike Jolt Blaster. The Jolt (for those out of the loop) is a small Nerf gun that is reknowned for being quite powerful despite its size. A backlist of positive reviews on Amazon back this up and show the product continues to do well beyond its 2013 release.

This Poundland offering is its own design, but the scale and pulldown trigger mechanism is very much the same. Despite looking different, it still feels like the Poundland factory this was made at took an existing Nerf Jolt and took some facelifting liberties for thier own lite-copycat creation. 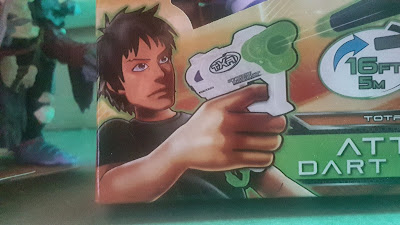 Unlike that horrible dart rifle as shown in a recent Poundland related article, this gun is solid to hold and the mechanism doesn't jam. You're also given 3 bullet darts to fire, wheras the Jolt draws the line at 2. The ammo design is a pretty neat silver and grey design for that bullet effect. Werewolves Beware! 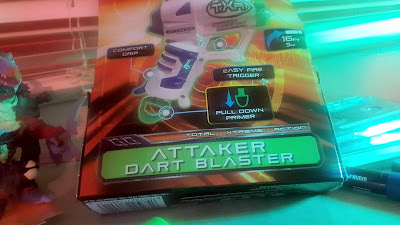 The question until now remains - "Does it fire!?". Oh yes it does! Though not quite as powerful as the Nerf Jolt, but pretty good for a £1 toy gun. The packaging (pictured) states the gun can fire up to 16ft. Exaggeration much? 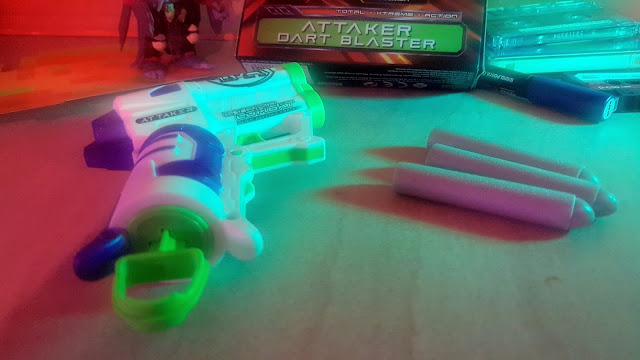 What we could be witnessing here is the possible start of Poundland replicating more versions of popular Nerf weaponry. This could be a hit or miss affair (no pun intended). Assuredly, "The ATTAKER Dart Blaster" passes the Figured Out tat test of approval - but when Poundland is involved, don't expect to be blown away (not another pun intended).