BLOGPOCALYPSE: 5 Movies to Watch at Easter 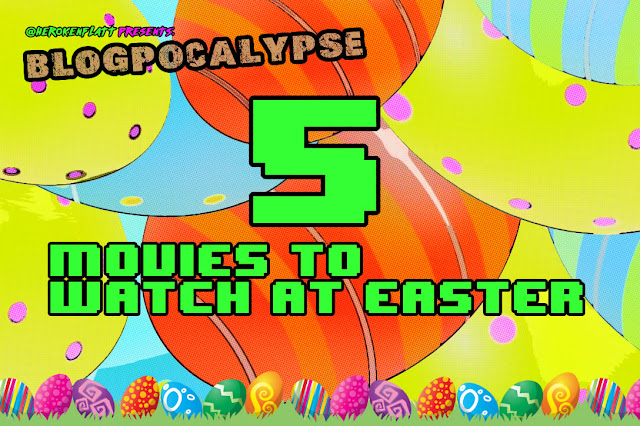 Spring has sprung and 2020 has brought Planet Earth its most apocalyptic edition yet. Instead of sampling the weather, society has to stay indoors as much as possible to avoid a mass silent killer on the loose. Since the theatres are closed, there’s the back of the DVD cupboard, streaming services and watch parties to delve into for movie night awesomeness.

Make a blanket fort and grab some survival food supplies be it storebought or homegrown, and dive into some suggested Easter movie action. This holiday season is not cancelled by a long shot. Not one for the kids, but always a real good Gen X romp with Jay & Silent Bob tagging along for the ride. Whilst Easter is in the timeline and no oversaturation of holiday theme in the background - it features the Easter Bunny (or rather a guy in a costume) getting mugged in the mall grotto. There’s also the infamous Stan Lee pep-talk which is now more of a tear-jerker than ever before. Spring Break (as they call ‘The Easter Holidays’ in the US) spent hanging out in a shopping mall has never been this entertaining.

Mallrats also hits the 25th year milestone this year. Where does the time go? 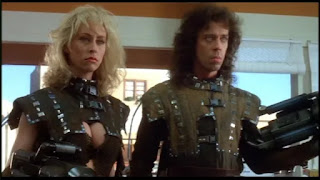 Again, not another one for a younger audience. It does however feature a church Easter Service being gatecrashed, a bit of Eddie Deezen, a near cameo from Freddie K, and some decent alien bounty hunter action. Bradley, from the original Critters takes centre stage along with the returning and now sober ex-farmhand Charlie. The Easter narrative plays well (via found and painted Crite eggs) into this second Critters invasion with the ‘Grover’s Bend’ setting from the first movie expanded on from just the Brown household.

This movie is so much fun and easily my favourite of the Critters franchise to date! 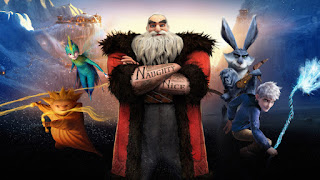 Take the Easter Bunny, Father Christmas, The Sandman, Jack Frost and The Tooth Fairy, and assemble them into an Avengers like superteam! The Guardians (of Childhood) movie is based on a long running series of books about the adventures of this supergroup and the children they help.

I rate Guardians as an Easter Movie because of the timeline, setting and the main antagonist Pitch being a threat to the holiday. This films version of the Easter Bunny as a Hugh Jackman voiced, Boomerang-wielding Australian Ninja has to be the most epic version of the character yet! Cool versions of a tattooed Santa and EB aside, the movies most breakout star is Jack Frost who continuously has a huge online cult following. It amazes me still that Dreamworks has not given this movie a follow-up of any kind - but will greenlight a sequel and an animated series for The Croods (2013)…. 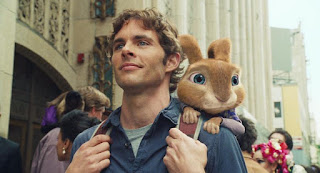 Before James Marsden co-starred with a blue CGI hedgehog, he co-starred with a CGI Russell Brand voiced version of the Easter Bunny (EB for short). Hop is an acquired taste, but worth a try for curiosity viewing alone. In a lot of places Hop feels like what could have been a Christmas themed movie with a different lick of paint. ‘Penny’ from The Big Bang Theory is also in it! 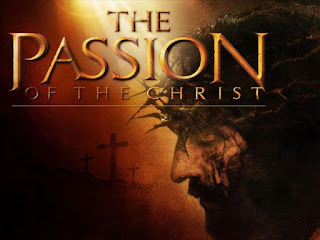 We can’t have an Easter entry without the guy this holiday is truly based on. Devoid of Chocolate Eggs, Chicks and Bunnies, this is the true tale of Easter! I passed on the chance to see this early whilst spending ‘Spring Break’ in Toronto and opted to watch Kill Bill volume 2 (2004) instead.

Passion of the Christ’s first viewing for me came 3 Easters later in my hotel room at Butlins Minehead where I worked at a Christian event called Spring Harvest. It was an unplanned motivator but certainly a better time to take in this powerful movie. As good as Passion of the Christ was, I list this along with Trainspotting (1995), and Titanic (1997) as strict one offs to watch in a lifetime. Some films are just too effective and emotional.
---

Hopefully these recommendations will be of use or perhaps you the reader has a better movie idea or two (that’s what the comment section Is for : ) ). Thanks for making it through the latest entry of Blogpocalypse Season. Stay Home, Stay Safe and make the most of what is otherwise a difficult period in history – as we may miss the better aspects of it.