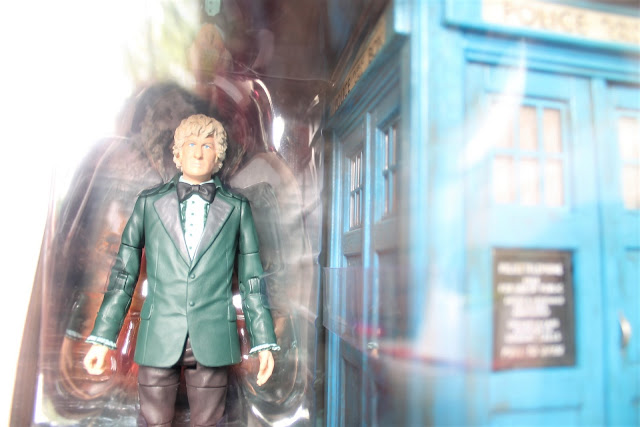 B&M Bargains aren’t just killing it with awesome Halloween junk and Christmas decorations – they have an exclusive deal to sell some amazingly good Doctor Who toys too.
First up. I had to part ways with my collection of Doctor Who figures back in 2016 during a bad time. It was a hard sacrifice to make. My formerly owned Master and Data Bank Tardis set features in a previous article.
Secondly. I missed out on the very cool looking 3rd Doctor and Tardis (The Time Monster) set from 2018. It was very hard to find! It gave me great joy to find that the gorgeous blue Tardis would return with a different 3rd Doctor figure, and this time based on his appearance in The Monster of Peladon. 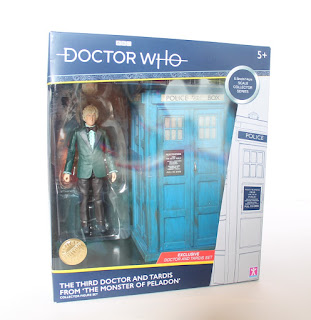 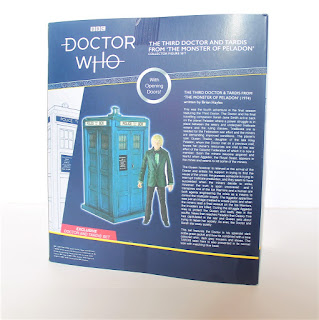 The detailing is incredible on both the Tardis and the 3rd Doctor. That blue box isn't just a repaint, as there's brush strokes and scrapes everywhere for that authentic prop look. Fortunately, this toy version isn't as wobbly as its 70's TV counterpart.

The retooled 3rd Doctor figure is pretty much the same posture as previous variants. Screwdriver arm to the right and Judo Chop arm to the left. The facial sculpt has definitely stepped up a notch since I last owned a toy of the 3rd Doctor. Jon Petwee's intense stare as seen on TV is captured perfectly! 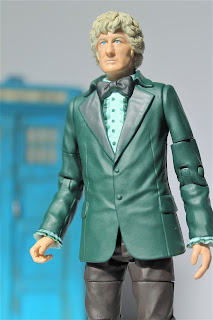 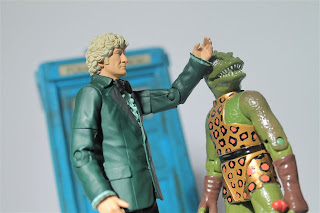 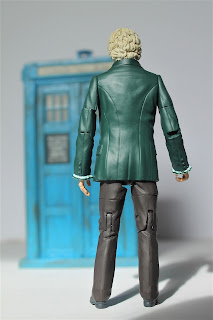 It's very cool that the chance has arisen again to collect the brigher blue variant of The Tardis.  Certainly a set not to be missed if anyone can get to a B&M store. Best of all, it's even cooler that the classics Dr Who is still running and continues to impress with the potential of material to transition into toy form.

Hopefully, a Happiness Patrol Tardis will see the light of day! (That'd be awesome) 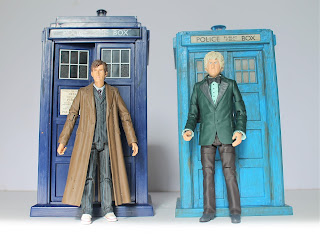 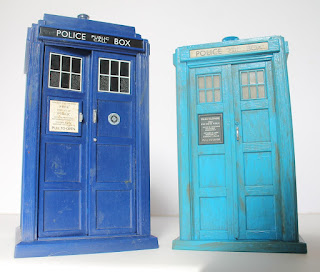 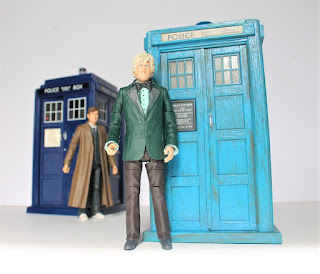 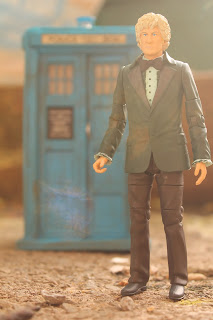 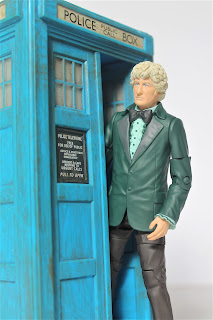 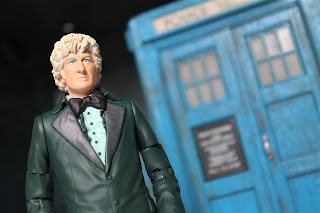 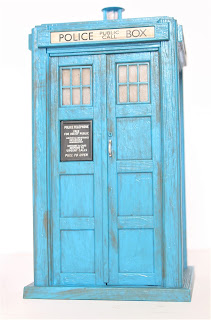 Special Thanks to Angie for getting this one.
Posted by: Hero_UK Posted: 00:50