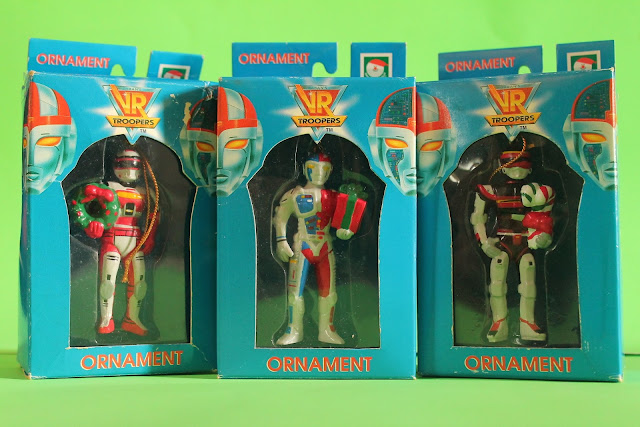 Blogging about retro Christmas decorations in the summer… Why not? 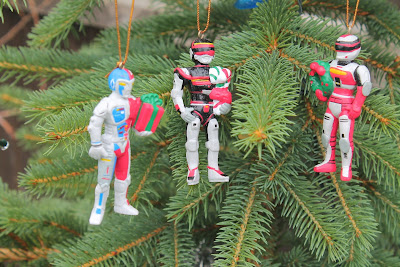 I came across these treasures during a random search for VR Troopers merch.

For those not in the know, VR Troopers is the Americanized amalgamation of Japanese shows Superhuman Machine Metalder, Dimensional Warrior Spielban and Space Sheriff Shaider. This was part of the ongoing 90s toei translation trend after Saban’s Mighty Morphin Power Rangers proved a success.

Released in 1995 by Kurt Adler, these are basic resin representations of the main Troopers trio (Ryan, Kaitlin and J.B). Instead of Lightning Lances and Laser Pistols, these virtual vindicators are bearing gifts of present boxes and holly wreaths to give their existing designs a holiday-themed edge. 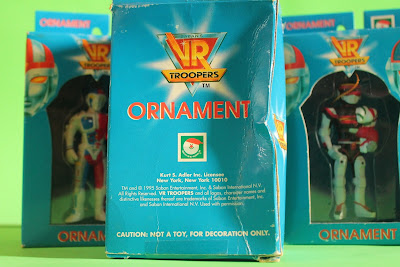 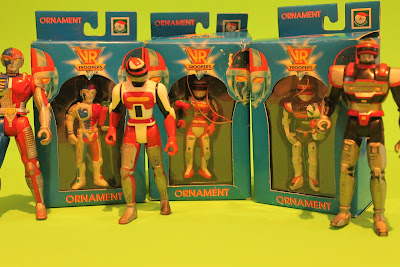 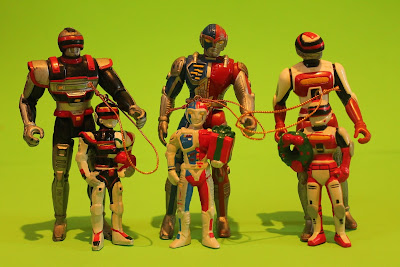 To have these preserved (aside from some boxwear) for the past 25+ years is pretty decent! Assumedly, these were only released in the US as I’d never seen these decorations before. Best of all, these ornaments have hanging strings attached! Most modern tree decorations no longer have that included and it’s a task to find some string to hang with. We’re looking at you, Hallmark!

The designs on these are not as detailed by modern standards, but after quarter of a century there is a retro charm about this set and that charm was a selling point alone. VR Troopers as a TV series and toyline was an acquired taste, and to have Christmas Ornament based on this brand is a new level of awesome. 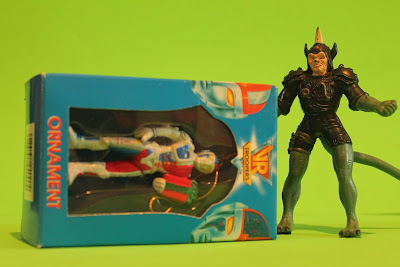 The only thing missing, is that Grimlord has the potential to have been an equivalent of The Grinch to spoil the Troopers Christmas! Still, I have his action figure pictured by a fallen Ryan Steele.

This has truly been one of the happier events of the year 2020... 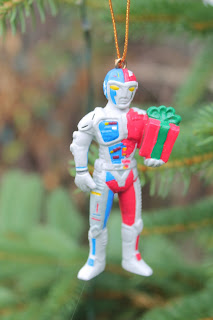 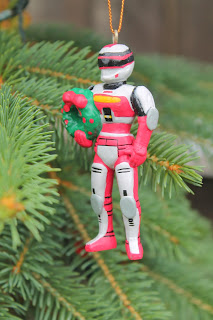 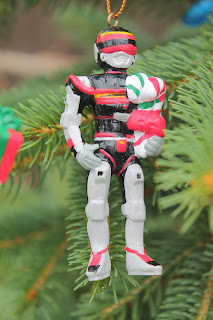 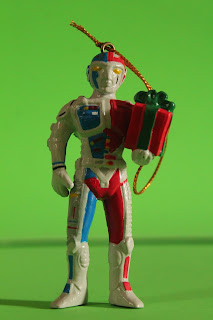