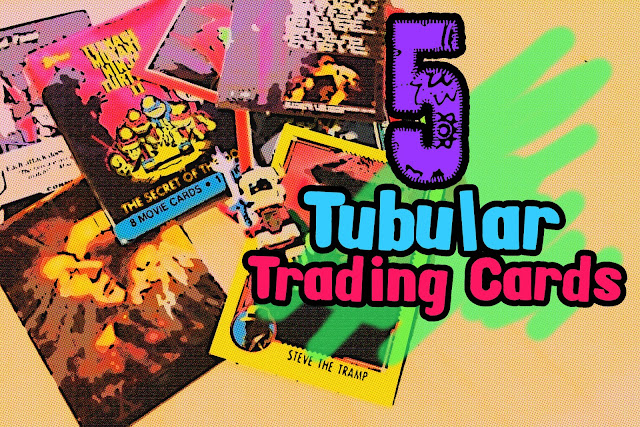 It’s the start of summer and to many 2020 still sucks. However, we as a society still have the privilege to blog about junk, make silly videos on TikTok and spend money online buying non-essential stuff.

How essential are Trading Cards? I have a ton of these in the vault. Many of which are still unopened packets, complete with a lousy stick of disintegrating gum.

Trading Cards are many little cardboard treasure presenting some hits and misses from each mystery packet. I recent opened up some packets and came across some randomly awesome.

So here's a rundown of what I wanted to spend an evening writing about.

There could be more...

I loved the trading cards for this show back in the day. A lot of these had some really well painted up creepy artwork based on the episodes and a equally good writeup on the subject matter on the opposite side. It was both sides well utilized.

I scored well with this card as it stars popular villain Victor Tombs who was the antagonist of the early X-Files episodes "Tombs" and "Squeeze". A very creepy character who knew how to manipulate with his 'Stretch Armstrong' ability when prompted to. Case in point, dislocating his own bones and fabricating an assault to have Mulder arrested. I won't spoil the rest, but the Tombs episodes are must-watch. 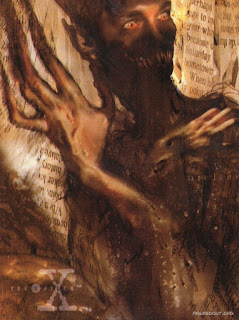 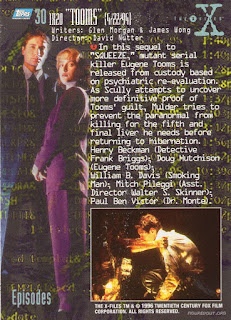 The Dick Tracey movie was one of the coolest things about 1990 and got the decade off to a good start. Steve The Tramp was apparently so controversial his action figure was pulled from the toystores - in that he was supposedly a negative portrayal of a homeless person. Here's his mugshot brandishing a face that only a mother and props department could love. 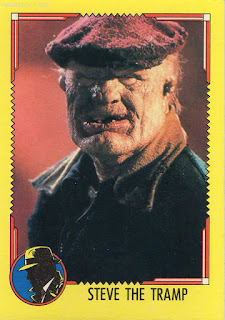 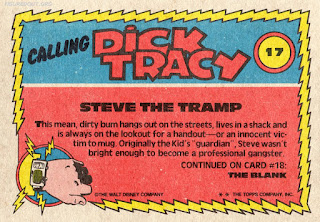 Despite being left out of the final cut of The Goonies, The Octopus still managed to star in its own trading card. Aside from that, The Octopus did have its own theme song which is doing the rounds on Youtube. A snippet of the song can be heard playing through Data's radio in a deleted scene. 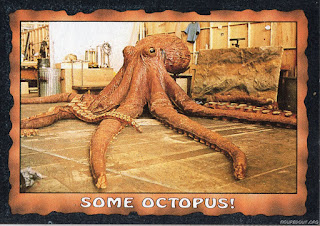 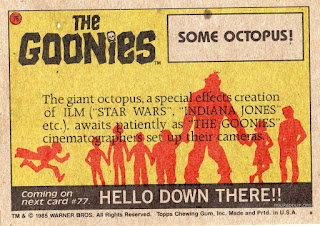 That's right! The final years of WCW had loud fans in the audience (probably wanting thier money back) and they're some sort of threat in the game. I never played the Nitro card game myself but was given a whole case of these at a Video Games Expo in London around 2000. These just weren't selling and were given away as promotional material for whatever the WCW video game was at the time. 19 years has passed since the WCW buyout and this collection has become a collectors item for some wrestling marks. 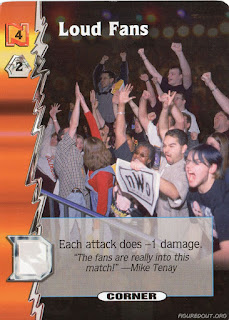 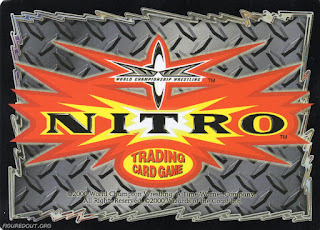 Shredder has returned and has somehow survived his ordeal from the first Ninja Turtles movie! This time round he's intending on creating some mutants of his own to exact revenge on the Turtles and Splinter. Of course, that doesn't fully go according to plan - and the result is a couple of dim-witted heavyhitters.... Not exactley the Bebop & Rocksteady that the audience wanted, but rather Tokka (the snapping turtle) and Rahzar (the brown wolf) who ended up having thier own popular fan following amongst the Turtles fanbase. A happy accident in many ways.

Shredder was a lousy mommy though. 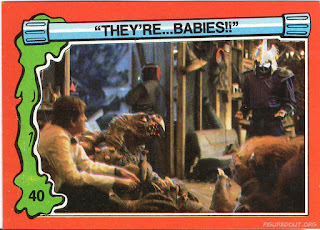 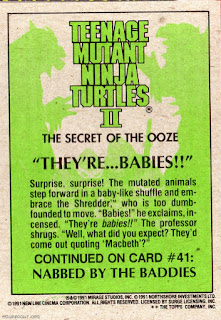 So that concludes another entry in the can. I stayed up all of Sunday Night to make this article a reality.