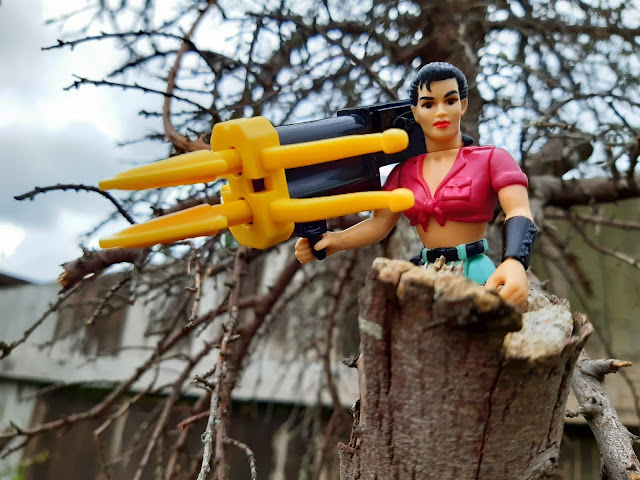 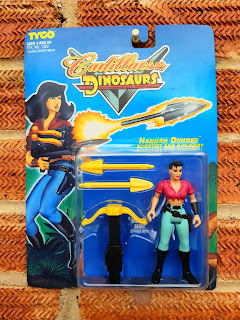 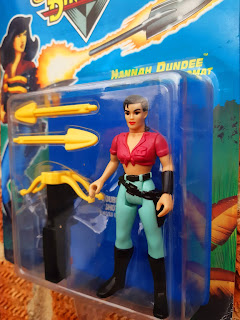 They’re not bad, just drawn that way - to quote something along the lines of Jessica Rabbit.

A cartoon crush of mine was Hannah Dundee from Cadillacs and Dinosaurs. Hannah was the combined greatness of both an ass-kicker and a diplomat. Originally sent from another apocalyptic settlement for trade relations with ‘The City’ who ends up battling against an antagonist group of dino-poachers. Beautiful and ballsy, Hannah was designated as a love interest for the main character Jack Tenrec, but also held her own. 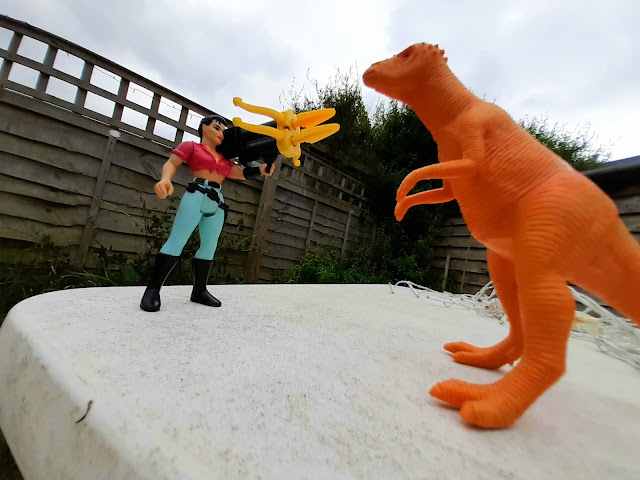 Aside from the cartoon and comics, Hannah was a playable character in the popular Capcom arcade game who mucked in for some side-scrolling 90’s beat-em-up action. Not only did the game involve bare-knuckle brawling, but also presented stages that involved firing bazookas and running baddies over in a Cadillac. 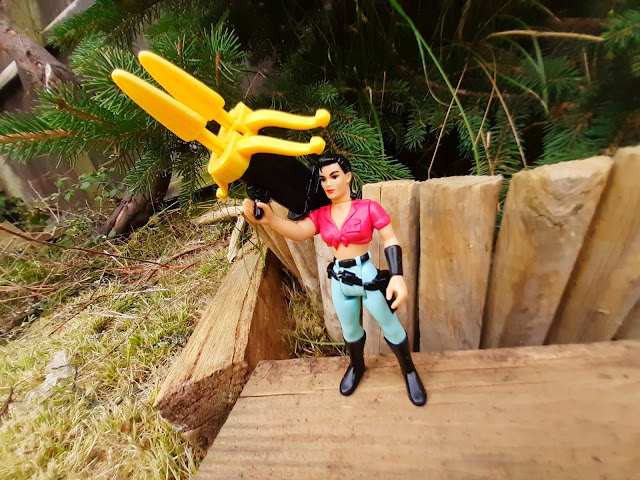 No matter how inaccurate the action figure of a favourite character is, there is still appeal to owning said character in the plastic. Ratchet from Transformers easily comes to mind. 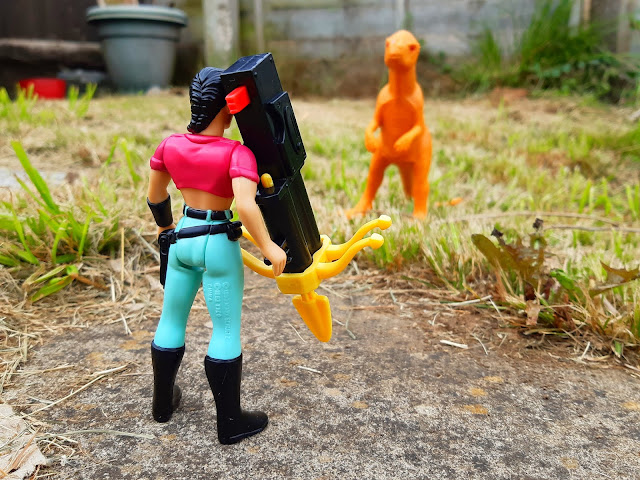 For some reason, the designers at Tyco decided to tie back Hannah’s iconic raven hair. This change is a difference that stands out, but the figure is still easily recognisable. Most of the characters look and design from other media made it into translation - and thankfully things didn’t delve into Dennis Nedry territory.

As for accessories, Hannah also brought a friend in the form of a spring-loaded dual missile crossbow accessory. The weapon is large in scale with the figure, but thankfully this toy can stand properly and pose with it. The missiles when fired can also pack a wallop and have good range. 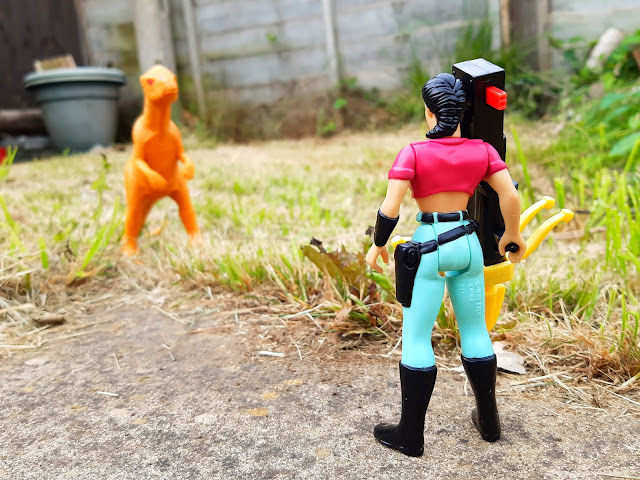 I picked up this Hannah Dundee a few years ago off eBay when for some reason a seller in Guernsey had a lot of inexpensive unopened Cadillacs & Dinosaurs merch listed. Miss Dundee was instantly purchased, and allies Jack and Mustapha were acquired a bit later.  Sadly, the red Cadillac that the team drive in was not listed and remains hard to track down to this day. 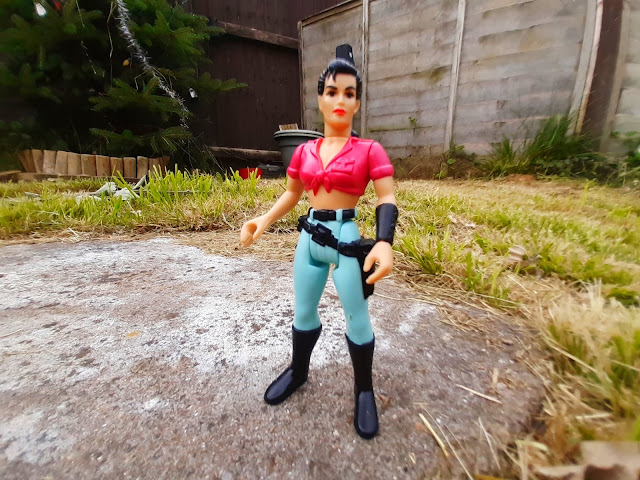 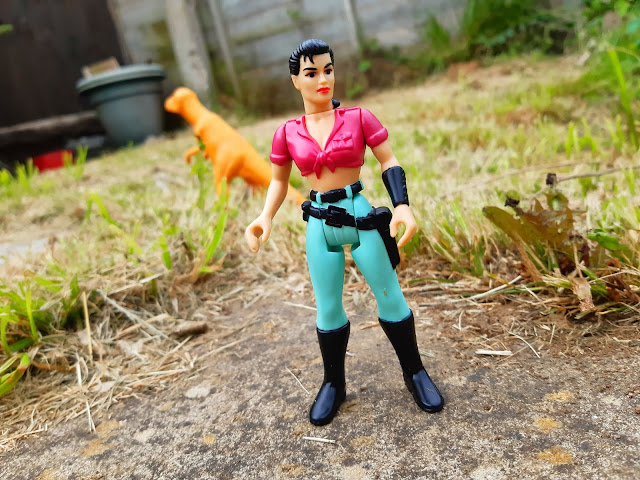 Of course, as far as Dinosaurs go - this toyline can mix it up with anything from other brands. So long as its not Barney & Friends!

With toy companies reviving old action figures with modern touches, it would be cool to see Cadillacs & Dinosaurs get the same treatment. Fingers crossed. 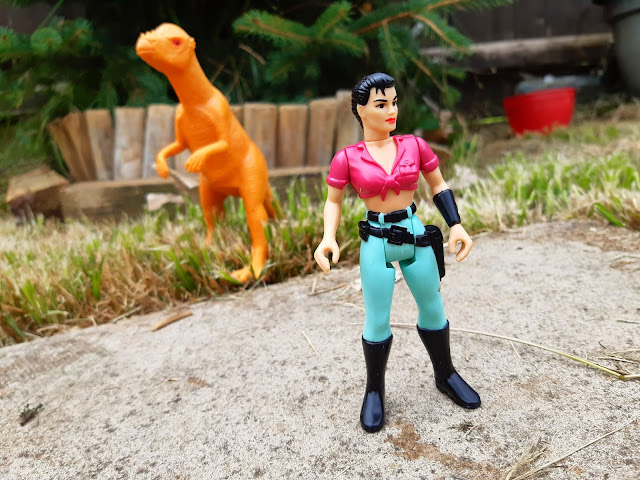 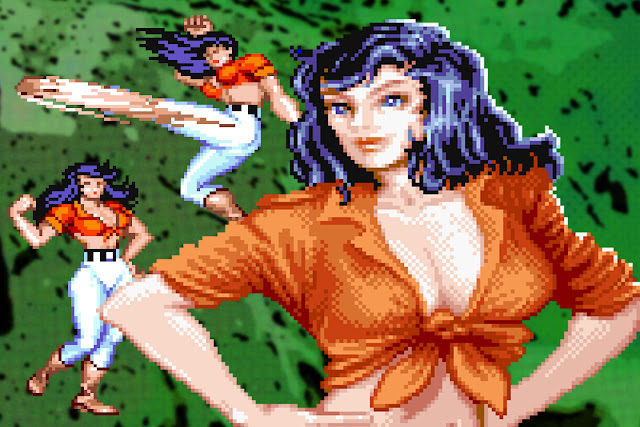